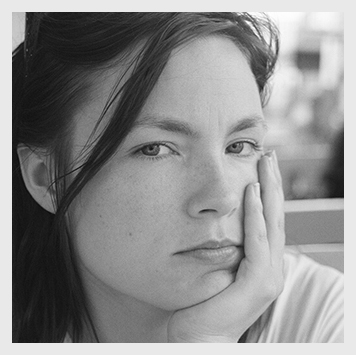 ‘The public are hungry for good films,’ Program Director Anna Veilande Kustikova begins, aware of the regional importance of Riga International Film Festival 2ANNAS, as the only festival last year in Latvia. In its 19th edition the festival knows what films the Latvian audience are after. In response to this, the festival opened a new competition program for first and second feature films this year. We spoke with Veilande Kustikova about what films 2ANNAS are looking for and what filmmakers should know when applying.

This edition we’ve opened a new feature film competition program, a really small program comprising six to eight films. What we’re looking for is the signature touch of new filmmakers, those making their first or second features. Those filmmakers might be those who’ve made short films and now are making feature films, or merely just young directors.

However, the short film competition program is undoubtedly the strongest part of 2ANNAS. It’s been international only for seven years, but it‘s now one of the most popular short film competitions in the Baltics. We search for the freshest new films, for the contemporary avant-garde. We’re not looking for well-crafted classic traditional films – of course, we love those films, but will not screen them, unless they have something unseen to offer us. On the other hand, we’re not an experimental festival, but what we’re looking for those filmmakers who are trying to change the language of cinema or who try to find a new way to express themselves through the medium of cinema.

A good film is a film that I want to watch until the end. Even if I don‘t understand what’s happening, even if I don‘t understand the film at the end, I still want to understand it. Basically it’s a film that sets off questions in my mind. It can also be an experience with my body, eyes and all my senses, like a long meditation. If a film helps you to forget reality and somehow pushes you into a different world, within which you can experience another kind of life or another kind of visual reality, and two hours later you don‘t forget the film – then it’s a good film!

As we’re a small festival and we have no mandate to merely screen Baltic films, we’re actually one of the rare festivals with freedom of selection to pick the very best films around. Programmers know that and thus come to our festival to see the best obscure Latvian films. Of course we aren’t always the first ones, but we often are the ones who are discovering great new films. 2ANNAS is brave enough to screen experimental films or films less understandable to those more partial to conventional or traditional cinema. So if that’s for you, then you should submit to 2ANNAS, because your film will get its audience here.

We were the only festival that happened last year in Latvia. The public is hungry for good films. Usually, they end up with Hollywood material lacking the vitamins for their intellectual stomach. The festival programs for you and selects the best out of all the material that’s available this year. We also have the chance to actually invite the directors. For some of the audience it’s the first time that they’ve encountered a foreign director. Film students are surprised that they can actually have a conversation about film with a professional programmer from Oberhausen or Black Nights.

We’re a small festival, but we also have a great, well-educated audience, one well-versed in short films. What we offer you could term with the slogan – ‘all night long’ conversation. The festival organizers, juries, special guests programmers and the public are having conversations with one another every night after the screenings. They can analyze the films with a glass of vine in one hand and with a pen and a business card in the other. 2ANNAS really is a special place where you can actually spend quality time with other filmmakers and the film industry. I would suggest checking which jury members are in attendance this year and if you’re interested in their opinion – it’s time to submit your film!

2 thoughts on “The Baltics, Contemporary Avant-Garde and First Feature Films with 2ANNAS”