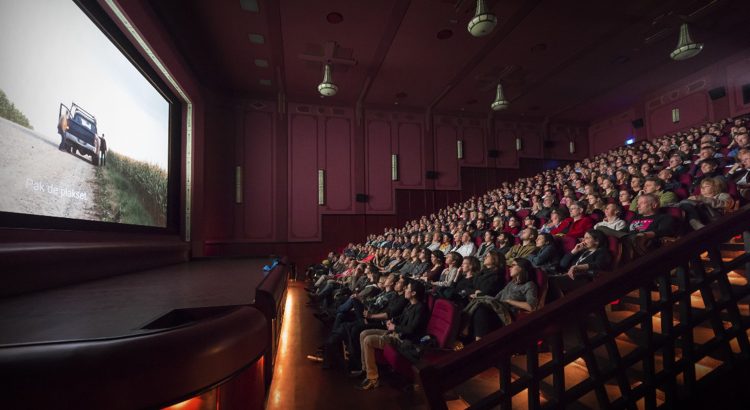 To act as a gateway for American independent films into Europe is one of the main goals of the Leiden International Film Festival. Evert de Vries, LIFF‘s Managing Director and Programmer, gave us some hot tips for independent filmmakers you shouldn’t miss…

As the fastest growing festival in the Netherlands, it‘s a great way for American filmmakers to showcase their work to an European audience. Yet, with its Panorama and International Short Film competitions, there’s space for non-American filmmakers too at this unique festival between Den Haag and Amsterdam.

Whilst we’re looking for films that have never screened in the Netherlands before, it doesn’t have to be a world or international premiere. For us it’s more important to show the audience the best films available, and as our audience is predominantly local, for them it’s pretty much a premiere anyway. When you limit your festival to just premiere status you won’t secure the best films, because they’ll be playing at the big ones.

3. Have a unique vision

Make unique films with your own voice. We’re looking for films of an intensely personal ilk – films that only you could make! The filmmaker is very important for us and we want to see your unique vision.
It‘s an exciting time, because it‘s becoming easier to make a film or at least to get started with your first or second film! The beautiful thing about American indies is that nowadays it‘s becoming easier to do your own thing. More and more films are being made. Of course you have the clichés you always see, but there are a whole range of more original films being made as well.

I think a good indie film or a good film is more or less the same. We validate films on the same level, so a small budget is not an excuse for bad quality! What we do try, is to find narrative films, but we aren’t particularly experimental. We try to find films that surprise and excite us, that leave us room for discussion, try to change us or at least speak to us in a way nobody has before. Filmmakers can do that in number of ways. Also, I truly believe in the old adage – the newer, the better!

5. Be one of the big names of tomorrow

There are these small American indie films that don‘t cross-over into the mainstream of independent cinema, but they don‘t work as art-house either. A lot of those films aren’t shown at all in the Netherlands. These indie filmmakers are starting out now, but in 10 years they’ll be the ones everybody is talking about! It’s really important for film festivals to give these filmmakers some space to learn their craft. What we also do is always invite the filmmakers from the competition section. Basically we pay for everything for the filmmakers – from flights and accommodation to food, drinks and parties. It‘s a really intimate festival, where the filmmakers are in close contact with both the festival staff but also the audience.

It is the first year we are using a platform like FilmFestivalLife. We tried out a couple of them, but then FilmFestivalLife was the first one that we really fell in love with, the way it was organized, how easy it was to receive a lot of submissions and organize it all – we were really enthusiastic about that!