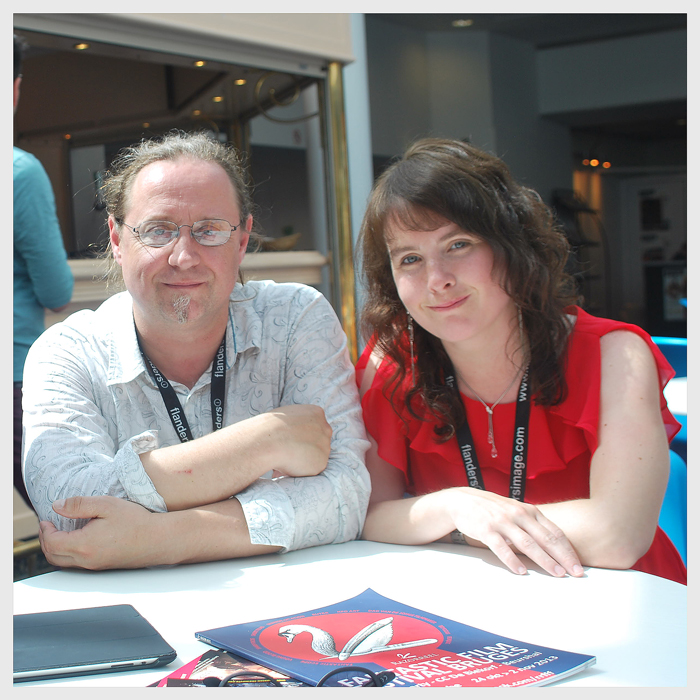 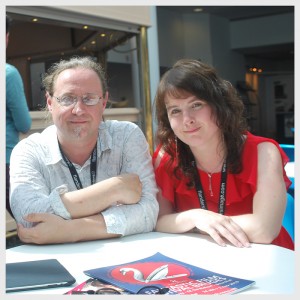 With a new festival name, the Razor Reel Flanders Film Festival – formerly Razor Reel Fantastic Film Festival Bruges – is ready to enter new waters. As a festival that is looking for all kind of genre films, Managing Director Patrick Van Hauwaert and Artistic Director Joke Ruysschaert are expecting a lot of new names in to submit their films this year.

Already in its the seventh edition, the FFL festival is well known as the only Flemish genre film festival. We met them in the bustle of Cannes at the very busy cafe at the Marché du Film and spoke about the new trends in genre film at one of the biggest film markets worldwide and why filmmakers should come to their eclectic festival in Flanders.

Tell us about what’s new this edition…

Joke Ruysschaer: We’re now the Razor Reel Flanders Film Festival, previously we were the Razor Reel Fantastic Film Festival. We’re searching for horror movies, fantastic movies, fantasy, genre-related comedies, short or feature films!
Patrick Van Hauwaert: We’re also looking for documentaries related to a genre!
JR: When we were the Razor Reel Fantastic Film Festival it was a lot related to the horror and fantasy genre. Of course we play horror movies, but we also play other genres! That‘s why we changed the name… The festival is still in Bruges, but we now attract more people, and we don‘t have the negative association with the fantastic genre anymore. The new name is broader and more open.

What does a film require to get in Razor Reel?

What trends do you see here at the Marché du Film?

JR: A lot of highly sexual themes are present here in Cannes. There are a lot of gay films, transgression and LGBT films. But there was nothing innovative – sadly, for me, it was not a good Marché. I expected more.
PVH: A lot of recycling, first of all. What is also always changing year for year is that everything is getting more and more expensive. We’re not talking about the big movies, we’re talking about little films, also with the screening fees. The rights are going up for small movies. That‘s the downside of the market, I guess. I think everything is getting more expensive, but also it‘s a lot of recycling and on the other hand a lot of preproduction and ,maybe’s‘ and ,if’s‘.

What are you doing for filmmakers?

JR: One of our main goals is supporting the filmmakers. We always have an Q&A with the filmmaker because we think it’s important that filmmakers can presents lots of information about their movie to our audience. In short, we always put filmmakers at the front.
PVH: Most of them have a three day holiday in Bruges when attending. The feature filmmakers have free accommodation, free meals and tons of booze.
JR: And they have a good time at our festival!
PVH: We have no VIP rooms. Filmmakers will meet other young filmmakers with the same ideas and filmmakers at different parts of their careers.
JR: It‘s a small and cosy festival but one of the strengths is that the filmmakers get in contact with one another.
PVH: When the filmmaker is not attending we try to get some special information about the film. All the information that you cannot find on IMDB. We put it on our web side and catalogue.
We couldn’t invite a lot of the short filmmakers here in the past, but a few came over at their own cost and at the festival they get free booze. This year we will screen about 78 shorts. We try to raise some money so that we can also invite some short filmmakers. But even when they come on their own expense, they can always meet other people, visit workshops, panels and discussion.

Do you have any pieces of advice for filmmakers?

PVH: If filmmakers want to come to our festival, there is not a lot of preparation involved – it‘s their holiday and they’re coming to see both their film and some other ones. The best thing they can do is to prepare a little speech. Maybe they are already working on a new project, so filmmakers should prepare that they’ll be up at that stage and have to talk about their film, that they made a while ago…
JR: … and just let us know that you are coming! Sometimes people just pop up at the festival, and say: ‚My film is screening at your festival’. It’s also working, but it’s much easier to give every filmmaker the attention they deserve when we know that they are attending.

Why should a filmmaker submit online?

PVH: I think for a filmmaker it’s cheaper to submit via FilmFestivalLife than to send to all festivals DVD’s. It‘s easier as well. But maybe a filmmaker will see more reasons, I can‘t think of. To be honest, as a festival you don’t know exactly what the complete process is for a filmmaker on an online submission platform. I find it also easy to use the search engine on FilmFestivalLife to find festivals, when searching for festivals in Belgium for example…

Submit to Razor Reel on FilmFestivalLife: