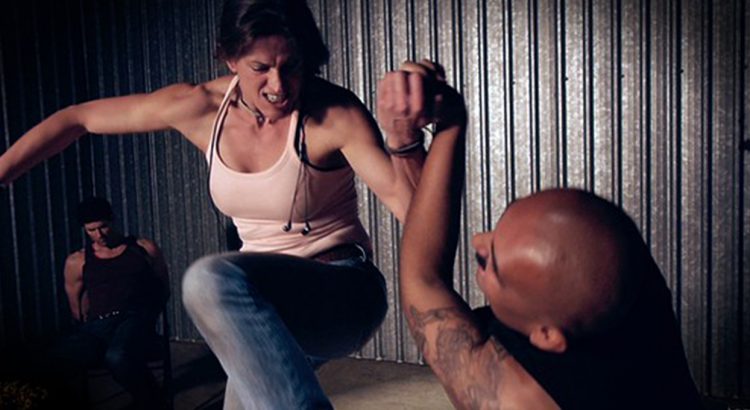 Let’s be honest here. The representation of women in film is still far far below acceptable levels, that’s why we’re already excited to see the return of the Artemis Women in Action Film Festival after their successful first edition. 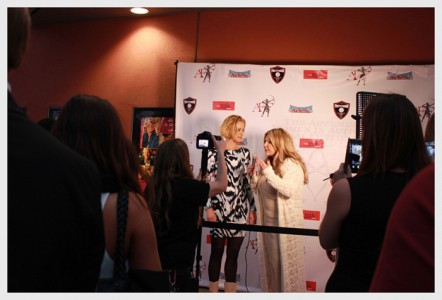 There’s an understanding among film buffs that sequels don’t always go so well. With film festivals, it’s a different story. With ever better organisation and some experience, festivals tend to go from strength to strength after their first year. It’s the opposite of the reputation that sequels are saddled with – one for creative redundancy. That’s why we’re already excited to see the return of the Artemis Women in Action Film Festival after their successful first edition.

We spoke with Festival Director Melanie Wise last year and thought it was apt timing to get back in touch for a catchup. Let’s be honest here. The representation of women in filmmaking is still far far below acceptable levels (do you know about the Bechdel Test?) so it’s undeniable that the festival is still vital in the filmmaking landscape. Here’s what we found out about last years edition and what’s planned for number two, including titbits about women airforce pilots, new technology and Mr James Bond himself…

Andrew Wilkin, FilmFestivalLife: How did last year go? How was the inaugural edition of Artemis Women in Action?

Melanie Wise: Amazing! We’re a festival that’s dedicated to celebrating empowered female images and roles and for that, we were able to give honours to Linda Hamilton, Kristanna Loken, Gina Torres and some stunt women – Maja Aro, Angela Meryl and Shannon Knapp for instance. We had an incredibly busy red carpet, with a live radio show, interviews and several Hollywood luminaries making an appearance. Kristanna Loken, Angela Meryl and Dot-Marie Jones (coach Shannon Beiste on Glee) all made it. The former mayor of LA even turned up at our festival! I never expected a mayor to be on our red carpet. For the first year, I genuinely think we kicked it out of the park and we’re already reaching out to see who we can honour for the next year.

Is there anything new for this edition?

Last year we had a panel of stunt women, which was incredibly lively and really took us into the world of a stunt woman. This year we’re planning three panels – one of which again will be about stunt women. This year we also want to listen to people who’ve worked in unusual jobs. We want to show very interesting action-filled films, shining a light on uncommon roles that women are in when they step outside their traditional expectations.

We want to highlight the WASPS – Women Air Force Service Pilots – the first women who flew in combat in the United States during World War Two. Training to be a ranger is one of the most demanding military service descriptions you can have. Very few are still alive and they are in their 90s. We want to bring them to the festival.

Another panel we are looking at is about women in filmmaking utilising new and emerging technology. But more than anything, we want to focus on putting on the best festival we can. Last year, many film festival professionals turned up to ours and were impressed by the professionalism on display. I expect it to run as smoothly, with more bells and whistles of course…

Any tips for filmmakers submitting?

Be very prepared to engage in social media. Just look at the casting practices in Hollywood – let’s say there are two actors who are doing a decent job with the role, one of the deciding factors in who they cast is who has a better social media activity. Last year we screened many films that didn’t even have a Facebook page, but you should. Your social media efforts are your press.

Also, read very carefully the submission guidelines. We were very clear about what we wanted but about 50% the filmmakers didn’t follow and we were literally pulling teeth out to get the right materials.

I have a zeitgeist-related question for you. What do you think of the concept of a Bond Girl?

To be honest, I’ve never really enjoyed male versions of James Bond and it took them 10 years for them to put women in power, with Judi Dench playing M (who I loved!). This is a franchise which I have my personal opinions about, as the characters are there just for the sexuality. But I would love to see a female version of James Bond.

Why should filmmakers submit via FFL?

I’m a big fan of saving resources with regards to mailing. Why bother with physical copies when you don’t need it? FFL keeps it simple. It’s incredibly thoughtful and ahead of the game. I’m a big fan of innovators. That’s FFL for you.

Submit to Artemis Women in Action Film Festival on FilmFestivalLife:

:: How to make your Submission to All Sports Film Fest a Slam Dunk
:: The Women Kick Ass Project: Artemis Women In Action Film Festival