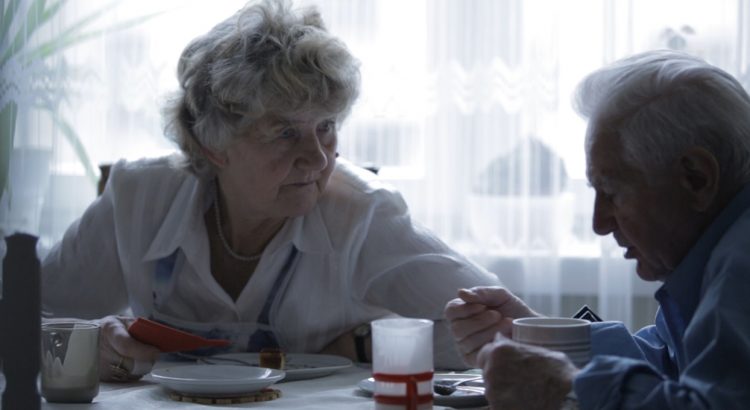 Young, bold and prolific, Zofia Kowalewska shows promise as the next talent in the Polish cinema. Her last short film, “Close Ties” – shortlisted among the ten films competing for an Academy Award nomination for Best Short Documentary in 2016 – had a terrific festival run, enchanting festival programmers and audiences all over the world. Read more about Zofia’s story below.

I was raised by an actor and theater director but I never thought I would do film professionally. I first tried my hand at shooting at the age of 16. I shot two five-minute shorts inspired by Joseph Conrad’s “Heart of Darkness” for my International Baccalaureate. I liked it a lot and I started showing my work to a family friend, documentary film director Grzegorz Zariczny. He became my mentor and gave me the tips that shaped me as a documentary filmmaker.

I am inspired by what I observe in the world around me. I have always kept a notebook in which I would write dialogues: the conversations between my grandparents, eavesdropped dialogues on buses. I use my observational skills to observe my own thoughts and feelings, as well as what I see in the people around me. 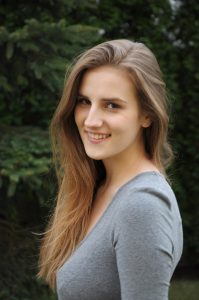 “Creative work is a way to make sense of the world around me. It is always a reflection of something that moved me.”

My last film is an 18-minute short documentary “Close Ties”. It’s the story of an elderly couple that has been together for 45 years and are about to celebrate their wedding anniversary. But everything is not as it seems in their relationship: the husband spent 8 of those years living with another woman and just recently moved back with his wife. Despite the past resentment, everyday problems paying bills, an occupied bathroom and rearranging furniture, they have an enduring bond that perseveres.

This is a very personal film to me as the characters of the film are my grandparents. I was inspired by the Polish Documentary School, especially by the works of Pawel Lozinski (who ended up being the artistic supervisor of “Close Ties”!).

I like the observational approach in the Polish documentary filmmaking as well as the tendency to choose very emotional topics, with characters often being directors’ family or friends.

Fortunately, I do have a promotion and sales agency (Krakow Film Foundation) that represents “Close Ties” at festivals. Nevertheless, I feel like the key importance in building a festival strategy is choosing a good premiere festival and, in general, being aware of the festivals’ premiere requirements: for example, you must first submit to the festivals that require world premiere status. A lot of good premiere festivals for short films, e.g. Krakow Film Festival – at which “Close Ties” premiered and won Academy-accredited Silver Dragon Award – also have no submission fee.

I attended most of the festivals my film was selected for and if I couldn’t personally attend, I asked my crew members to represent the film at the festival.

I first saw my film on a big screen sitting next to the characters – my grandparents. We watched the film holding each others’ hands. It was very emotional experience. Both my grandparents and the audience loved the film, so I felt relieved.

Definitely Sundance Film Festival. The selection was a dream come true and the festival experience was amazing. The only problem was the weather – this year it was snowing all the time. There was a blizzard on the day of the Director’s Brunch but I did not care as I was too excited to meet Robert Redford.

After waiting for half an hour in a blizzard – for a bus that never came – someone finally gave me a ride. I got to the city center and found out the brunch was cancelled because of weather conditions. Sad as ever, I headed back to the bus, only to find out that almost all the roads in the center were closed because of the Women’s March that took place that day. So I was marching back home, with the Women’s March, in a blizzard, for an hour. It was definitely an unforgettable festival experience!

What’s the biggest adversity in your career you’ve faced and how did you overcome it?

I haven’t had a long filmmaking career so it is difficult for me to answer this question. In my last film I was faced with the dilemma that I think every documentary filmmaker has faced: the ethical boundaries of this kind of cinema.

I was double-responsible for my characters, not only as a filmmaker but also as a granddaughter. I did not want to overstep and hurt my characters but at the same time I obviously cared for the quality of the film I was making.

Once I have had the materials, I dedicated a year to editing it. I did my best to make sure the audience would stay sympathetic to the characters, without judging them. Seeing the reactions of the audience and my grandparents seeing the film, I think it was worth the risk.

I am in my third year of Film Direction at The Film School in Lodz. I am currently writing a 15-minute fiction script, a tragicomic story of a broken family that is forced to reunite under external circumstances. I am also participating in the Wajda School Documentary Film Program this year, developing my next documentary project.