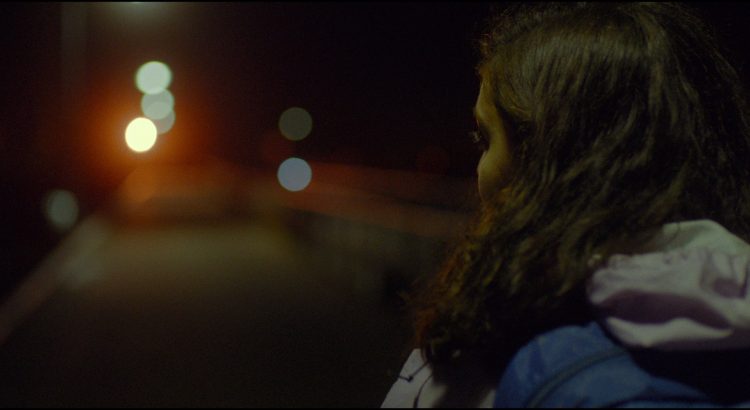 The Sydney Film Festival is one of FFL’s brightest stars, coming to the Australian city every June for a cinematic bonanza. To celebrate, we’ve spoken with some of our filmmakers who are lucky enough to screen at the prestigious film festival.

Jonathan Burton and his captivating short “Into The Black Water” is just getting started on the festival circuit – and what a way to start. Due to premiere at the Sydney Film Festival in the Dendy’s Short Film section on the 17th June, it’s a film exploring the themes of cathartis and freedom through the experiences of a 17 year old girl, April. Jonathan gave us the lowdown on his film and his career to date, including a teenage foray into an Australian police drama…

I began to develop a love for visual storytelling and the cinematic medium. Eventually this lead me to a career both behind the camera as a filmmaker and also into post production.

I started off in the film industry as a young actor. I landed my first professional role at the age of 14, guest starring as a troubled teen in the Australian TV police drama Blue Heelers. As a variety of other Australian television and film roles followed, I began to develop a love for visual storytelling and the cinematic medium. Eventually this lead me to a career both behind the camera as a filmmaker and also into post production. I would say that by day I work as a colorist and DI supervisor at a major post-house and by night I write and make my own films!

For me inspiration for story ideas and how they might translate into film comes from a wide variety of places. I get a lot of inspiration from music, particularly when I already have the genesis of an idea I find the right music track can really help you expand on that spark and get the creative ball rolling. Like most filmmakers I also take a lot of inspiration from other films, both in terms of story, theme and character as well as more superficial elements like visual aesthetic or use of sound. Often I will find that I start with just an image that is evocative, something where the aesthetic is already quite developed in my mind, and a story will come out of that. 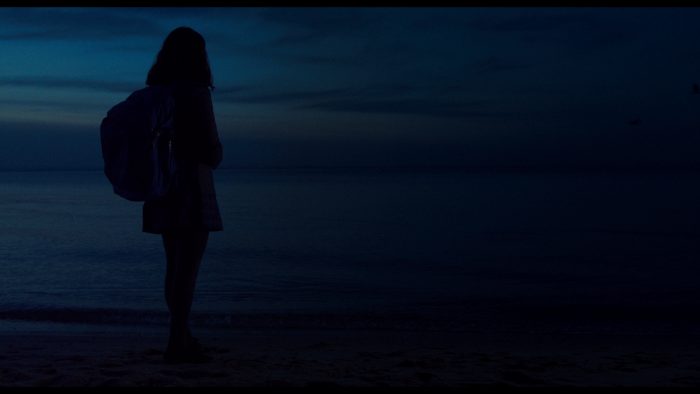 Into The Black Water is a film that aims to explore catharsis, freedom and the variations of these ideas to the individual. The film follows 17 year-old April through a largely internalised journey over the course of one night as she searches for her own sense of catharsis against a traumatic backdrop of abuse. Water is a constant motif throughout the film, drawing mainly on the symbolism of the baptism – the newly baptised is washed clean and born again, while nothing is externally resolved, internally they are healed.

Water is a constant motif throughout the film, drawing mainly on the symbolism of the baptism

Honestly I have to admit that not given a festival strategy nearly as much thought as I probably should have! I had a few festivals on my radar within Australia that I was keen to get into – the primary two being Sydney Film Festival and MIFF. We had been pretty slow getting the film finished and ready for submission, ultimately we made it in time for Sydney, submitted through FilmFestivalLife and got in! I think now we will open the flood gates in terms of submissions and start submitting broadly. Obviously things like the profile of the festival and the requirements for premiere status within the region need to form a big part of the festival planning process, and of course budgeting for submission fees.

It’s always exciting to see your work with an audience, no matter how many times you have seen the film on your own and laboured over it

I try to attend all of the festivals local to me. Living in Melbourne we are spoilt for choice when it comes to events and venues for the exhibition or artistic works. I have never been to the Sydney Film Festival and am super excited to attend, get amongst the other filmmakers, meet some new wonderful people and see some terrific films! It’s always exciting to see your work with an audience, no matter how many times you have seen the film on your own and laboured over it. Seeing it with an audience brings an new perspective and objectivity to the work that really can’t be achieved any other way. As a filmmaker you cannot help but adopt the fresh perspective of an audience and watch the film with a more critical eye, attuned into how they will react to different moments, what they will like and dislike. It’s an exhilarating experience and I can’t wait to be a part of it in Sydney!

I don’t think I had any one single big adversity so far, just the same lot of little ones that face every person trying to pursue a creative endeavor. Self doubt, lack of funding, an ideas drought and stiff filmmaking competition are all the same advertises that all filmmakers starting out face I think.

I am currently shooting a new short film which I am hoping to have finished by August this year. From there I’ve got another short I am writing that I would also like to do this year and I’m also working on a script for a feature. In terms of the feature I have no expectations at this stage of getting it made, I’m really just trying to nail the first readable draft by the end of the year and then we’ll see what have!