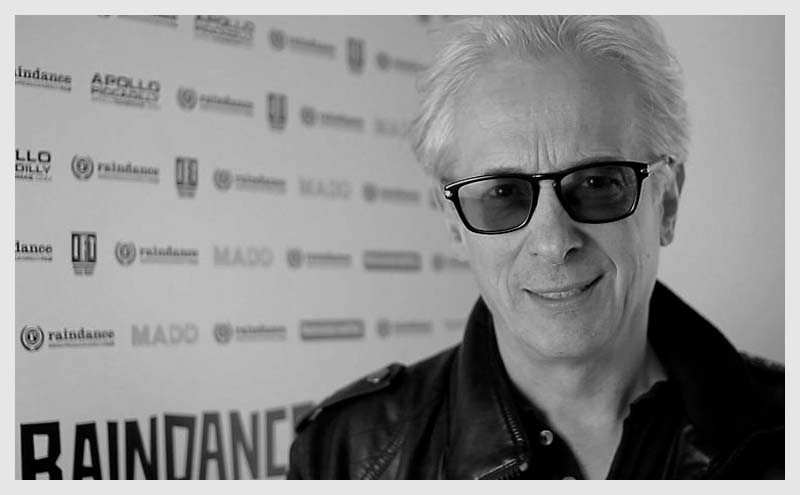 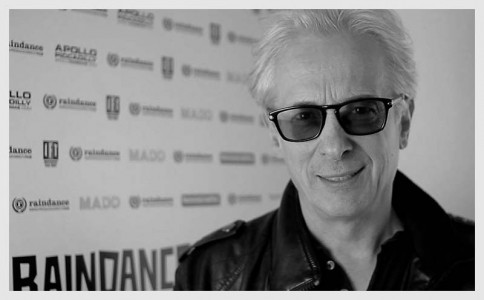 Live! Ammunition! signaled our attention last Friday, stepping into Berlin’s Sputnik Kino, for a serious relay of 2 minute pitching. Screenwriters, directors or filmmakers of any calling were given the opportunity to lure the jury into their dream film project. Created by Raindance’s Berlin base, the project was part of Best of Berlin October 25-28th 2012.

The night commenced on the honest and grounded footings of Elliot Grove, founder of Raindance. ‘You’ve got 2 minutes, starting now’ began Grove, shouting to the other side of the room to their Berlin representative Marvin Shepherd.

Pitching Rules.
Drop a 5’er in the hat.
You have two minutes to convince the panelist to read your script or make your film.
They can and will gong you off if you are boring. 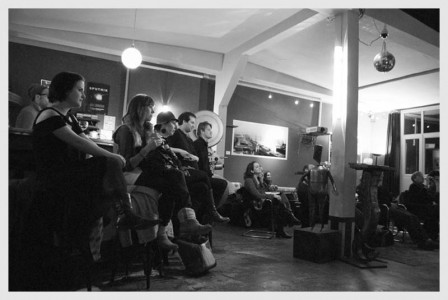 Easy jury.
As the virgin pitcher expressed his filmic revelations to the highly esteemed jury, we all waited anxiously for the first response. Headed by major industry authorities Jürgen Fabritius and Dietrich Brüggemann, the jury were enough of a reason to sound an idea:

Fabritius was Curator of the Documenta Film Festival, Managing Director of Arthaus Filmverleih Munich (films including THE BLAIR WITCH PROJECT) and most recently at 3Rosen GmbH, working on titles such as BURN AFTER READING, Alastair Fothergill’s DEEP BLUE, and Dany Levy’s MEIN FÜHRER.

Filmmaker Dietrich Brüggemann has premiered at Berlinale more times then we can count. His RENN, WENN DU KANNST (Run if you can) opened ‘Perspective on German Cinema’ section at Berlinale 2010 to huge audience acclaim and has won several awards in the circuit since then. His most recent 3 ZIMMER/KÜCHE/BAD was sold out at Zurich Film Festival and is now screening at cinemas.

Despite this collective wealth of experience, jury feedback was comfortably colloquial, accented by Grove’s quick witted remarks and general well-felt presence. Actually, as the night rolled on and the ‘pay the cash into the tin, introduce yourself, pitch and wait for feedback’ cycle was realized, I came to see this ‘ease’ was largely driven by Grove’s presence. 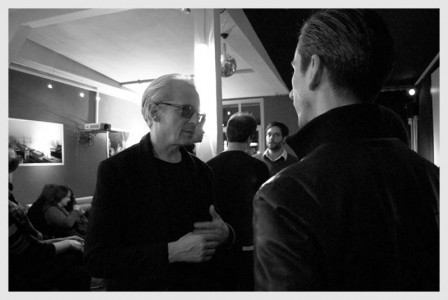 Pitching winners.
All of the cash in the tin at the end of the night.
Free entrance to the Lo-To-No-Budget Filmmaking Course worth 249€.
1-year Raindance Premium Membership.
Two tickets to one of the Best Of films in the three day period.

If, like me, you are thinking what Raindance receives from the project, the answer is – not much. Raindance gives, gives, gives and has kept on giving to the film industry for it’s entire 21 years. ‘We build the film courses to be able to fund these types of initiatives,’ said Grove. I could plainly see though, that the film courses they offered across the eight other major cities: London (the HQ), Toronto, Montreal, Vancouver, New York, Berlin and Brussels that, sure, they were tirelessly successful, Grove has built an empire, but they certainly were not a cooperation driven monetarily. 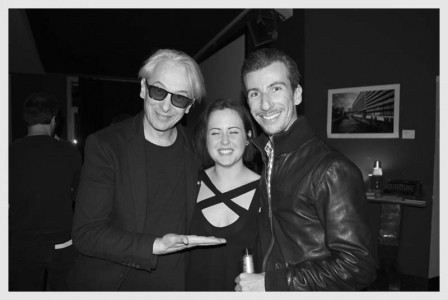 Raindance rundown.
Founded by Grove in 1993.
Established the British Independent Film Awards.
Built and run Raindance TV.
Fuel young filmmakers with an ongoing program of courses and workshops across these above mentioned cities.
Run a new postgraduate program for filmmakers.
Oh, and needn’t we forget the Raindance Festival: a decadent but indie London film culture hub for almost 21 years.

Need I articulate the person driving this action? Grove, yes, Elliot Grove. As I continue, I have this strange urge to jump on a plane and get my cruisy Berlin ‘trained’ attitude back into cognitive help for the insane force that this man is. 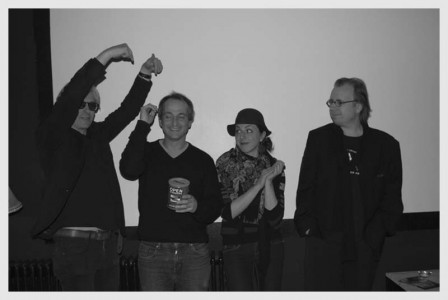 Waterfalls, birds and Brazilians.
As the pace slowed, I noticed Grove quickening. ‘Come on Germany, if this was London, we would have people lining up out of the door,’ he said, ‘you don’t need to be great, you don’t need to be brilliant, you just need 5 euros’. Yes, thats right, I thought. Thats exactly why this initiative was great. There were no expectations about what type of talent could present themselves at the front of the room that night. A man stepped onto the stage with something more to tempt us.

‘When I was in Brazil, there were some beautiful waterfalls. What I was interested in was the birds building their nests behind the waterfall but that no one paid attention to them. No one saw it. No one cared.’

He went on to speak about making a thirty minute, part animation documentary about the birds’ own habits of motion, cooping us through rich images of the birds living behind the waterfall. ‘What I find interesting about it is that people don’t pay attention. Maybe that is the documentary: Birds doing marvelous things, nesting behind waterfalls and people just don’t care,’ Brüggemann commented. ‘Yes, I really like it,’ Fabritius said. ‘I think, visually it sounded great,’ other jury member Robyn Rosencrantz added.

The presenter is Thomas Schmidt and he carried with him this experience with ‘Waterfall Birds’. He won our imaginations and went on to win Live! Ammunition! Second prize was to Karina Ishakova with a realism story about getting another chance at life and third prize was awarded to Frank-Peter Lenze with his ‘Don’t mention the wall’ piece.

All dried up.
Live! Ammunition! featured eight filmmakers who each offered interesting project ideas and held interesting discussions. With the calibre of the jury and Grove as it’s mentor, this could have however, been much more than ‘interesting’.

This was an extraordinary opportunity to engage with some real industry leaders on their level, pitch a well-researched and conceptualized idea and gain valuable input. What I saw was that Berlin wasn’t prepared or engaged enough to build an appropriate conversation. It wasn’t simply the numbers but it was the overall engagement not meeting it’s potential. Don’t get me wrong, I am certainly not downgrading the potential of the filmmakers who attended. It all just needs to be more vocal.

Next year, we at FilmFestivalLife plan on putting our hands up to help too. We want to make sure there are more filmmakers attending, knowing how they can build it to benefit their film festival careers. Come on Berlin, so called ‘creative city of Europe ‘- stop promoting yourselves to film festival leaders like Raindance as ‘all dried up’. Whet your lips and the appetites of people that can really help you. 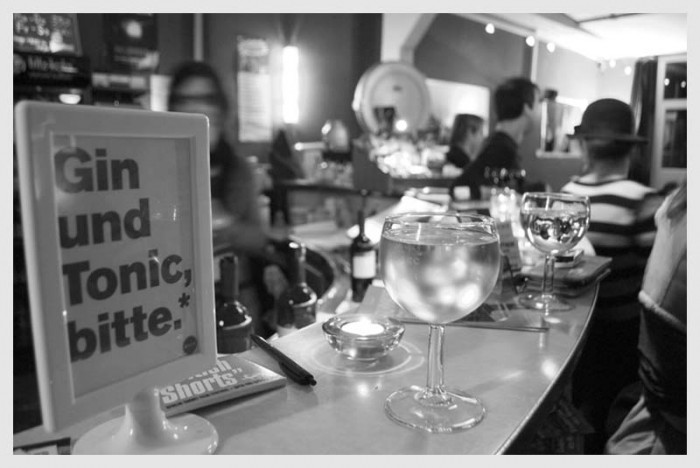 3 thoughts on “Drive on, Grove: Elliot Grove’s Best of Berlin and how Berlin can do it better”