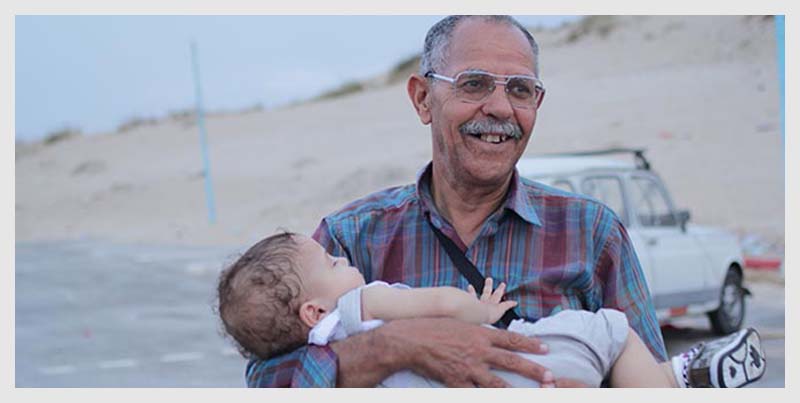 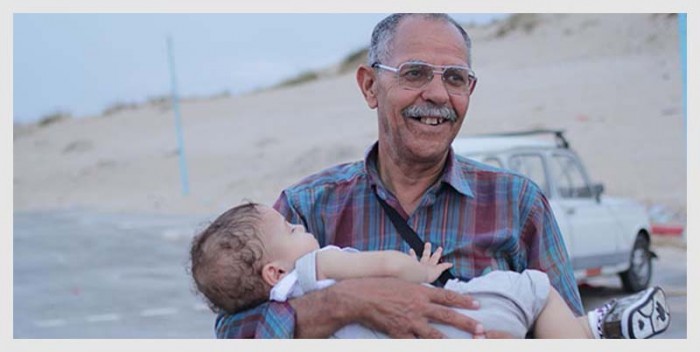 The Arab Film Festival hold open the doors to Berlin’s Babylon Cinema this week, celebrating its fourth year offering a new lens through which to see the Arab world. In its Opening Night, Monday 5th October, we were welcomed by the warmly lit faces of the festival family to it’s beautifully subtle prologue, FIDAÏ by Damien Ounouri.

Since 2009, the Arab Film Festival or Alfilm Berlin, has been building a rich network of Arabic filmmakers, producers and distributors, inspiring the development of new Arab cinema. Arab film festivals are currently being conceived all over the world: from the collective US based Arab Film Festival currently in its 16th edition in San Francisco, Berkeley, San Jose, Los Angeles and San Diego, to the Australian Festival’s 11th edition now spreading itself to Sydney, Melbourne and Canberra. This is partly as a response to a very deeper social demand for a more honest representation of the Arabic people and partly the growth of the industry. An antithesis to the mainstream media, a fight to challenge Arabic stereotypes as the ugly child to western politics and media; either way, something is brewing here for Arabic Cinema’s future.

This widening space for Arabic filmmakers to show their work, along with the the potential for fusing festival partnerships internationally, led me to a discussion with Program Director Claudia Romdhane following the Opening Night’s screening. 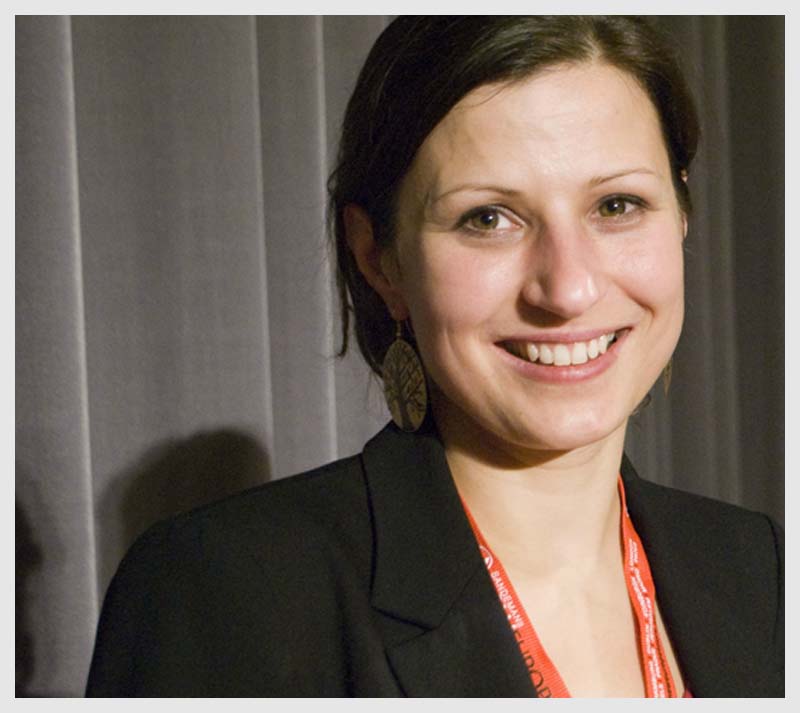 ‘It begun with a small community of people who are interested in Arab culture in Berlin. You wouldn’t guess so, but there is!’ she began. ‘Our non profit association Friends of the Arab Cinematheque started with small screenings on a special occasions but there was always a demand for more. We focussed to building relationships with theaters and in 2009 we could make it happen.’

Alongside Festival Director Dr. Issam Haddad and Artistic Director Fadi Abdelnour, Romdhane seemed to be the trio’s sure footed young fighter. Upon the Opening Night’s introductions, she stepped into the spotlight with assertiveness. Now, speaking with us, she expressed herself with equal clarity.

Independently organized by the trio, alongside two press executives and four programmers, Alfilm is a festival held together by a surprisingly light pockets.

‘This year we didn’t receive any state funding so we relied only on donations. We had the support by the embassy of Morocco and Algeria who were, of course interested in helping to promote their culture,’ she said. ‘It is a really hard struggle to stay independent from any private or public funding body but this is our aim.’ 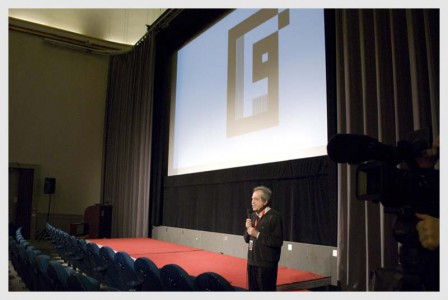 Which brought us to the emerging Arab film festivals all over the world and what this means for potential partnerships:

For filmmakers this could create the potential for shared programming; creating an international force from many localized units.

For festivals this could mean major cross promotion opportunities and sharing of resources.

‘Of course we are all fighting on the same front! But we all have local problems to fight with. Some festivals would love to have a preselection of films, shipping them over to another festival which wouldn’t be satisfied with this. (she laughs) I mean, every festival has to develop it’s own profile’. Romdhane had clearly spent some time thinking and working on this. She continued: ‘This is what we have been focussing on. We try to do this cooperation through different ways than having preselected programs and funding. For example last year the Gulf Film Festival supported us with some movies. I think we will move forward more in this direction and see how we can develop cooperations with Arab film festivals throughout the world to promote Arab filmmaking.’ 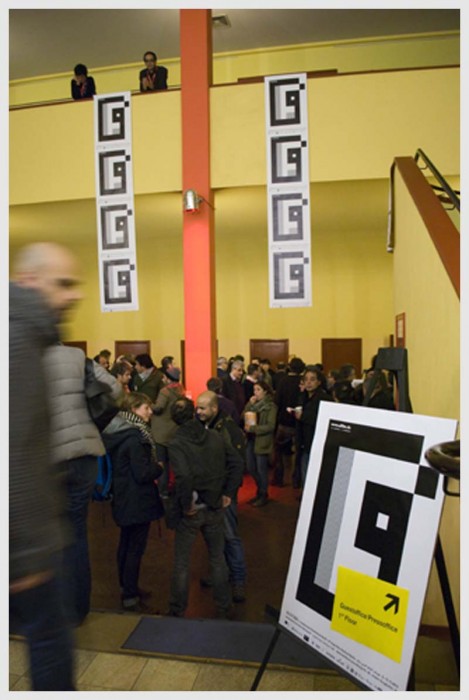 I thought about the possibility of gathering all the Arab film festivals from the world in one room to sit down and work on a collective program to profile Arabic filmmakers internationally. Romdhane shone the light of immediate realism: ‘We try to build a solid individual base for the future as well. We have been talking to many festivals and it is still that we are small and we only have limited capacities of programming, space, audience and we try to make the best out of it and see how it develops organically in the next years,’ she said.

On submissions for AlFilm, Romdhane moved on to: ‘I quite like the way it is all taking off now- we have really good relationships with the directors and ties between the Arab community, Arab producers, directors and co-producers are growing stronger. Slowly Arab filmmakers are knowing us so we don’t have to follow them around them around the world and stalk them. They willingly submit. which is, ‘mwah’ amazing.’

San Francisco, Berkeley, San Jose, Los Angeles and San Diego had moved into competition festival status, which led us onto the next looming competition for filmmakers status quo. ‘We have thought about this a lot. It is costly firstly. Secondly we would be chasing for premieres. Even German premieres would be kind of sad for filmmakers, especially documentary filmmakers, who are trying to present their films at Dok Leipzig, for example, who has a market, better ties to the industry and can reach to a far bigger audience. We don’t want to spoil that by creating a competition. I am not sure if we could help them yet but when we have something more to offer them, for sure. Let’s say in 10 years, why not?!’

When we came to talking about the future, Romdhane focussed her attention back to the program: ‘Looking into the future, our focus will be on Arthouse films and we will see how far we can go with trying genre films. I like the idea of presenting a huge variety of Arab cinema to a German audience. Last year we had a short film program which had this zombie film and films talking about sex and bombs and violence and drugs and yeah, it was my favorite.’ Then, seamlessly she moved from head to heart, to speak honestly about her personal motivations. ‘Actually I would be very grateful to see us reaching to the Arab audiences in Berlin itself. Out in the foyer you see lots of old arabs. (she laughs) They are the intellectual elite that came here in the 60’s and 70’s. I would love to reach out to their grandchildren and show them how Arab culture has developed with them. All of our team members are second generation Arabs. Me, my father is Palestinian. It is an integral part of my own biography and I would like to share this and spread this,’ she finished.

From my first introduction to AlFilm via it’s presence in our platform, to the promotion surrounding the festival, to the hospitality at the Opening Night and finally to our engaging discussion with Romdhane, AlFilm has found the right mix of creativity and strategy; filmmaker support and audience definition. Their team embodies the professionalism and experience to really handle a sizable shift internationally.With Arab Film Festivals sprouting all over the world right now, I would like to see it just remembering to think big, on a macro scale.

The Arab Film Festival Berlin runs to this Sunday 11th October 2012. Details on their program, put together by Romdhane are here. Submission details for for filmmakers will be at FFL as they are announced.