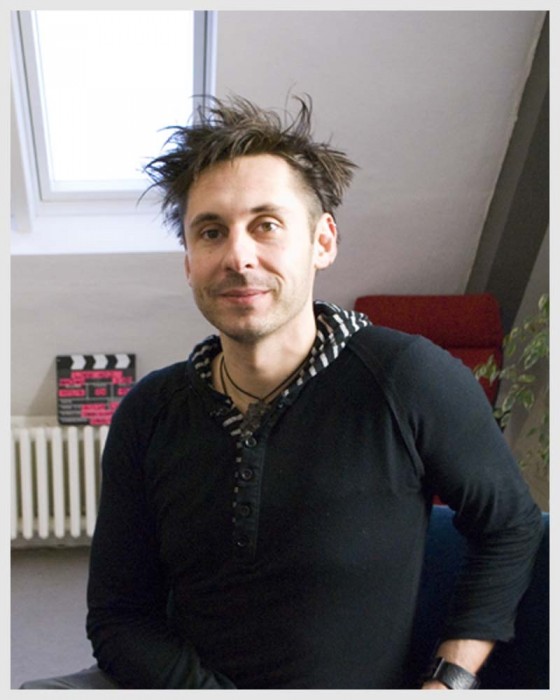 ‘Sorry, I have to eat something, do you mind…?’ A fuzzy-haired-head comes into the room and two big brown eyes look at me. ‘No. No, of course not.’

We are in a nice little cafe called ‘Marktkaffee’ in Linden, an upcoming area in Hannover, close to Damain Schipporeit’s company Filmblick. Filmblick is a production company Damian founded with two companions. His short film LINE 102 (Linie 102) travels to a bunch of festivals this year – the Cambridge Film Festival, Silent River Film Festival and the Osnabrück Independent Film Festival to name only a few. Filmed and produced in Hannover and its surroundings, I asked him a few questions on how this great little short found itself in the big film festival world.

Jana Dietze – FFL: So, why you are here in Hannover?
Damain Schipporeit: I moved here for cast & cut to produce my short film HANNAH in 2007. I never wanted to live in Hannover, but I like it now. Since I was small I have wanted to make films; I created my first film when I was twelve years old. Here in Hannover I can do that now.

FFL: What is cast & cut?
DS: Cast & cut is a scholarship from Stiftung Kulturregion Hannover and nordmedia. I got an apartment, 1000 euro per month and 10,000 euro for half a year to realize my short film. It’s not much time, but you can focus on your work and don’t have to think about paying rent. I also had some film funding. Good thing about the scholarship for cast & cut is the connection to the film funding of Lower Saxony and North Rhine-Westphalia. I would really recommend it to anyone who wants to make a short film.

FFL: Your new film LINE 102 currently is running as part of various film festivals. How are you progressing with the submission procedure?
DS: Film submissions are a lot of work. The problem is that you cannot sit down for a week and do all the submissions for your film, no, the deadlines are so distributed throughout the year that you need to take care consistently throughout the year for it. This is really dirty work.

I am lucky that my company Filmblick organized all the submissions. My colleague Nadine Freitag took care of it. We also get a distribution allowance for the film so we got a bit of money for the entry fees and travel.

FFL: What is your favorite film festival?
DS: Emden und Biberach are my favorite film festivals so far. Emden have a great program and the people behind the festival have so much passion for it. As a filmmaker you have a direct, ongoing dialog with them. It felt like a school trip. It wasn’t about ‘to be seen’ like at the Berlinale, no, there were people you sat down and had a beer with! My highlight was a boat trip to Norderney with all these famous actors and people from the industry.

The Biberach Film Festival has a great selection of films. They also place a lot of value on the Q&A. At other festivals generally you have five minutes at the end of the film for a discussion. At Biberach, they really give you time; I think I had about a half an hour.
I found them also really persistent to have all of the filmmakers join. Actually, they just asked me; “Do you have time? You want to come?” And I said yes. Then my ticket and hotel were immediately organized and I had a driver who picked me up from the train station. All that for a short film! They made it very easy to attend as a filmmaker.

I was completely inspired by the audience with so many locals going to the cinemas. The best part was that despite the 11am screening for LINE 102, there were 300 people in the theater! I like it to be close the people. In moments like this, when you sitting in a room with 300 people and they talking about your film and thinking about it, that is when I know why I make movies. 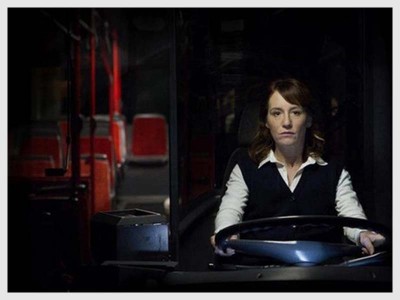 FFL: What is your advice for other filmmakers?
DS: Someone once said: ‘Success is a matter of postage.’ You should try to get some funding and support for your distribution. In other words: submit, submit, submit. And be patient! We got nothing in the first weeks, but than there was a ‘click’ and all of a sudden we received an overwhelming number of invitations to festivals.

I would also recommend definitely investing more time and energy in the distribution. AG Kurzfilm for example organizes short film distribution which is great, but only for 20 films per year. As a film student you are often backed by a great system within the school but if you don’t have this support base, you need to do it by yourself. And you have to!
I always saw film as shooting and postproduction but these past few years has shown me there is so much to be taken care of afterwards. If I were to offer advise it is to start thinking about this earlier. It is so important to promote your film and it is really fun to go to film festivals and you need to schedule and budget accordingly.

We leave the quiet Hannover cafe and I return to Berlin remembering how important planning film festival paths really is. Thank’s wild haired Damian for your time, energy and real perspective on shorts.

:: Short, Sexy, Hard: Interfilm opens for 2012
:: Reclaim the Vision! Between Animation and Reality