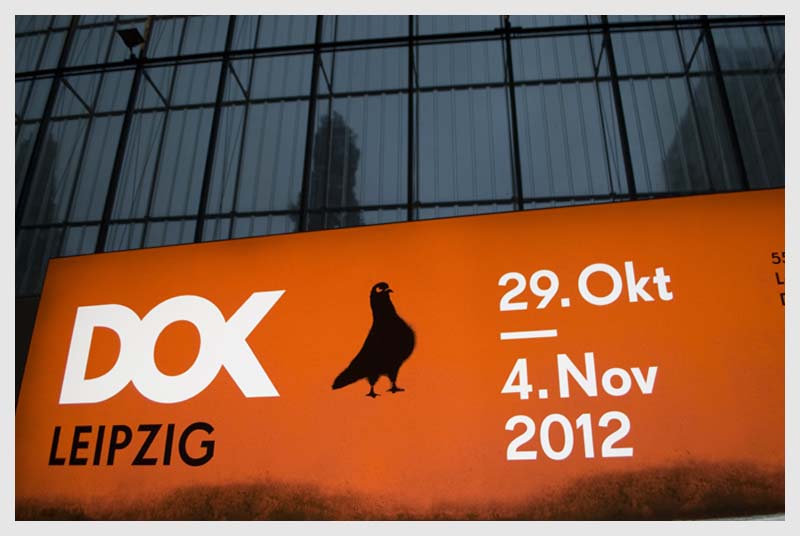 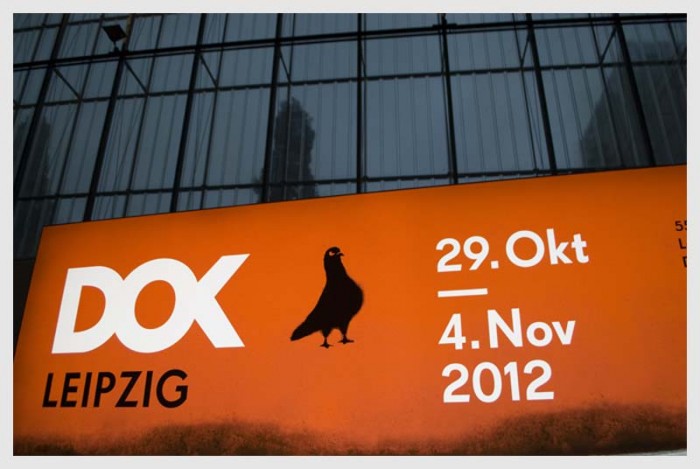 Last week Leipzig allowed the world renowned DOK Leipzig – International Leipzig Festival For Documentary and Animated Film to claim its city. Based in Saxony, the festival presented a one week mammoth program: 360 films from 62 countries. For 55 years, the festival has dedicated itself to national and international documentary. What I seeked understanding more of this year was the festival’s second focus: the animation underdog.

Many dismissed this topic as an issue of division, but the animated film in Leipzig has enjoyed a long tradition. From the very beginning the makers invested in this genre, then launching a separate competition specifically for it in 1995. Now, the number of animation films submitted exceeded 700 this year, with 114 programmed into this year’s festival.

DOK Leipzig has proved its deep interest in tying documentaries to the less visible animation industry. Since I was a teenager growing up following the film world in Germany, I have always wondered why Animation and Documentary? What a strange pairing. What are the animation roots in Leipzig? How is the situation of the animated film industry now, what are major themes, and what role does the festival play in the international festival world of moving pictures?

Alongside FilmFestivalLife, I attended DOK Leipzig during the festival week to take the chance to speak personally with the Head of Animation Programme and fumble through all of my looming questions. 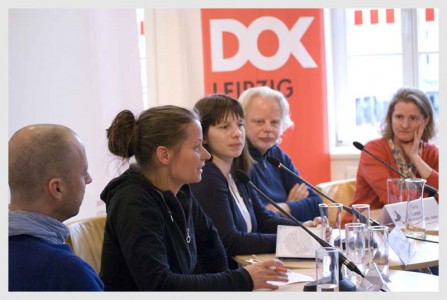 Responsible for the comprehensive program in DOK Leipzig´s animation section is Annegret Richter. Since 2001, she has worked across many different roles in the festival but in the past two years she has stood in the head position for animated films.

Attending  the morning discussion ‘German animated film between industry and individualism’, we enjoy an introduction to Richter in a very comfortable role as moderator.  Over a long discussion, she shares her impressive knowledge about the needs and concerns of animators alongside panelists Gregor Zootzky, Tony Loeser, Alrun Ziemendorf and Maija-Lene Rettig.

Our FFL party divided now: The sighting of documentaries are on the program, or talking with other festival organizers – and remaining on the heels of the animated film. After several excited animation screenings and a long day we met Annegret. 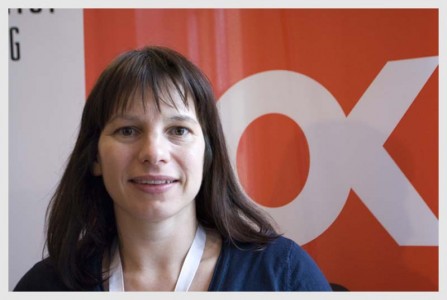 Sitting down with her to ask her some questions couldn’t have been more natural. Shortly after she enters the location in jeans and a thick jacket – she has three full bags in her hand, she smiled: ‘I have to dress up later for the ceremony. Then I change my jeans into an evening gown. But we still have time for our conversation, right?’ Absolutely.

Nadine Baethke – FFL: What connects you personally with animation?

Annegret Richter: For a very long time I have found it very interesting that things which can’t move actually suddenly are able to find a personality and a life through animation. Animations fascinated me as a child and still do. Furthermore animation allows us to enter a whole new dimension of storytelling, teaching each subtext at various levels. That’s awesome.

FFL: What role does the animation play in addition to documentary here at the festival?

AR: During the festival, the animation programs are proper crowd pullers. People find it great to see other animated films than the ones from Pixar and Disney. But, I would be happy if the animation would still play a bigger role.

FFL: The festival takes place in Germany, so you have certainly a lot of submissions from here. Can you describe German animated film?

AR: German animated films are very good. There are a lot of talents, many people of whom we know. They produce really great movies. Topics are varied, it is important who makes the films – from the more personal, experimental styles to 3D computer animated stories – it´s all there. But most of the submissions from Germany come from the universities, as the financial situation of the animation industry in Germany is not so rosy. There are only a few jobs in the field, with very few broadcasting slots on television and even fewer movies. Animation has no lobby in Germany unfortunately, but a lot of creative people are trained at universities, which often move abroad to sell their expertise there.

FFL: What are the similarities between German vs. International Animated Films?

AR: German animated film is sometimes more reflective and introverted than other international productions. Here again, however, plays a particular handwriting a role, but also, I would say, where you learned your craft. HUH?! 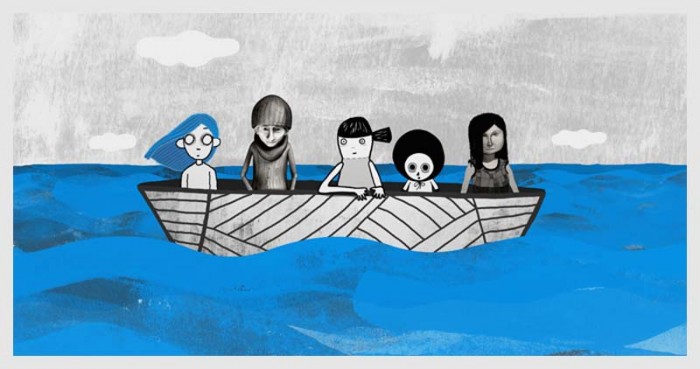 FFL: Why is it attractive for filmmakers to submit their films to Leipzig?

AR: We are a friendly festival with international appeal and offer plenty of possibilities for professionals. Most importantly, this festival is for people who are interested in new areas of the film industry including cross-media or the integration of documentary and animated films which is not offered so strongly at any other festival.

FFL: What is the criteria programers at DOK Leipzig consider when choosing an animation for the festival program?

AR: They have to grab us, have a signature style and surprise us for technical or content reasons. Three of us, as a selection committee, sit down and screen all the movies together. We have different views, but if we see a good movie, we agree very quickly.

FFL: What role does DOK Leipzig play with one of his key points of focus in the international animation festival comparison?

AR: The peculiarity of DOK Leipzig is the combination of animation and documentary. As the festival shows films of both classes, we try to exceed the limits, explore and encourage filmmakers to send us animated documentaries. If you look closer, these films are also to be found anywhere in the documentary competition and animation area, not only in the program Animadok, which is a specialty at DOK Leipzig. This year, our offer ‘Industry meets Anima Doc’ enjoyed tremendous encouragement. 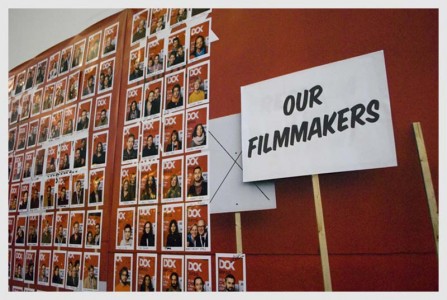 FFL: What other international animation film festivals are important for filmmakers?

AR: Annecy is the largest European Animation Festival which also includes a huge market. Festival of Animated Film Stuttgart – ITFS – is the largest and most important animation film festival in Germany. Other interesting prospects are Filmfest Dresden, Anima Zagreb and for artistic animation and experimental film: Kurzfilmtage Oberhausen.

FFL: What is your opinion on the future of animation?

AR: Animation is quite expensive to produce, but also sustainable, especially in the children’s area. However, it is often dismissed as a child focussed medium and that’s a real shame. At this festival we want to show the range of animations and their great artistic quality. Here, we are trying to showcase new opportunities for animated film also outside of TV and cinema.

FFL: What is your personal wish for the field of animation?

AR: I would be happy if the animation sector can continue to grow and our special programs are perceived internationally. Especially for the Animadok. I hope for DOK Leipzig to become the first festival filmmakers think of where documentaries and animation combine to find new forms and visual languages.

Richter and the rest of the enthusiastic crew from DOK Leipzig hold a strong position in the field, opening a gate for the recognition of national and international animated film. With the many different programs and always open minded  forward alignment in this field, the festival creates an interesting and broad platform of exchange between creative, industry and audiences. My further investigations into it this year has allowed me to realize this animation and documentary hybrid is possibly the very grounding behind an emerging cross genre. If your work aligns even slightly with this. This is an outlet you should really use. 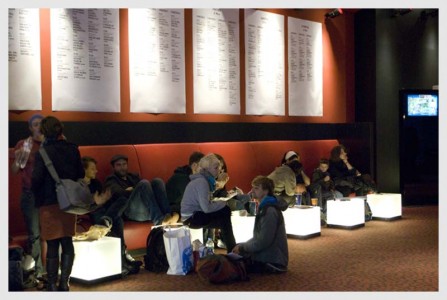 The 56th International Leipzig Festival for Documentary and Animated Film takes place next year from 28 October until 3 November 2013.

:: Better times ahead: ALFILM forms new ways to view Arabic culture
:: Drive on, Grove: Elliot Grove’s Best of Berlin and how Berlin can do it better

Nadine Baethke is the Festival Liaison Director and co-founder at FFL. Her film training is grounded in AV media Science at the Konrad Wolf Academy of Film and Television, Potsdam. Her editorial background includes positions as Sports Editor of RBB, Berlin, Editor at the Galileo TV science magazine Pro 7, Berlin and a degree from the Journalism School of Berlin. Reach her at nadine@filmfestivallife.com

One thought on “Reclaim the Vision! Between Animation and Reality”