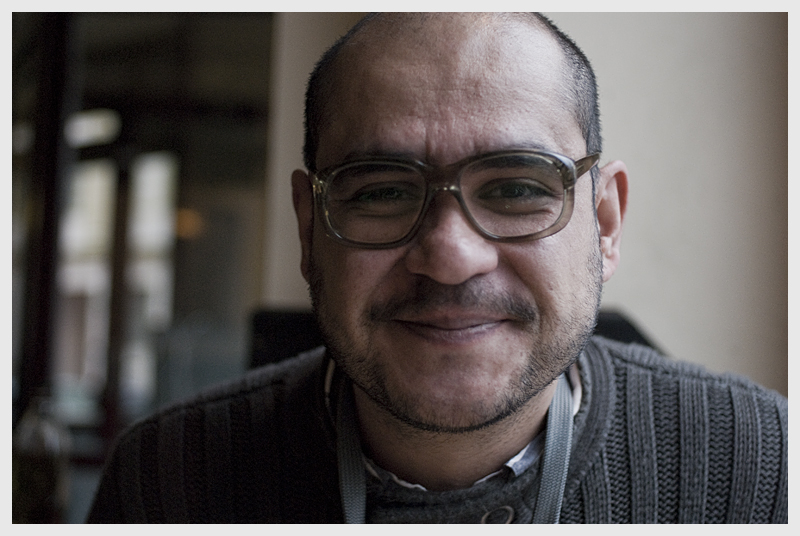 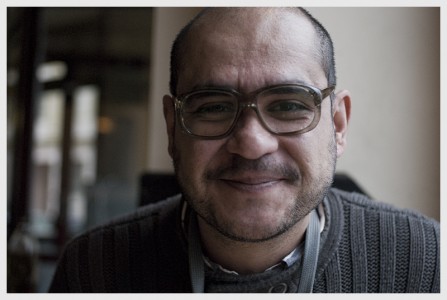 ‘I came to the Berlinale through the backdoor,’ explains filmmaker Victor Orozco Ramirez with his sparkling creative vision.

The FFL member recently won the First Steps Award, plummeting his animated documentary short film REALITY 2.0 into the competitive 2013 Berlinale program. With major festivals including Mar del Plata International Film Festival, Interfilm Berlin, Cartagena International Film Festival and DOK Leipzig inviting it to their screens in the past year, REALITY 2.0 is by no means a stranger to the circuit.

Victor’s background is as colorful and uplifting as he is:

Jana Dietze, FilmFestivalLife: How did you cross the bridge between film school and the festival world?
Victor Orozco Ramirez: The school in Hamburg is very free, so you can choose if you want their help with the entrance into the festival world or whether you want to be independent.

In my case, I did it mostly alone. I submitted to 15 or 20 festivals for my very first film. Out of these, I was successful with 5. Before this, I did not know anything about festivals – I just searched in the internet and submitted. Then, when the letters came back, and some didn’t accept me, I was like: “My film is not good enough, they don’t like me.” After a while though, you get used to this processes and it is nothing personal when you didn’t get in.

Following this, was an animated documentary about Palestine and it was invited to about 45 festivals. Out of these, I only attended 5 festivals because I didn’t have any money or time. This is something key to my festival learning experience; that you have to be there at the festivals, to see the people behind them, the audiences and how your film fits.

FilmFestivalLife: How is it to be in the screening with your own film?
VOR: Being part of the audiences for your own film is very stressful. You are not able to talk, you just sitting there and hope that the sound and the screen is good! 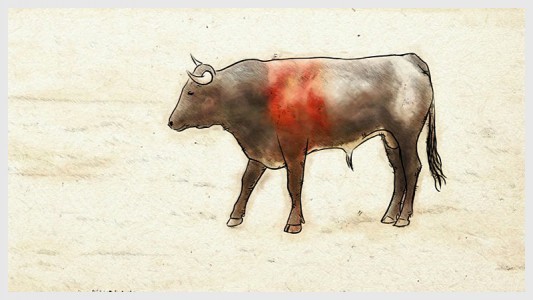 The only one I felt relaxed at was in Mexico. It was the premiere of REALITY 2.0 and it was in Guadalajara and I really got goosebumps being there. It was in my hometown so the people acted like they knew me. It was incredible, the guys were laughing when I was laughing, they were angry when I was angry. It was like magic.

FFL: You studied in Mexico and Germany. How is the film school system in Mexico in comparison with Germany?
VOR: (laughs) Well it is not as you would imagine! In Mexico, they make you learn a very strict program. They give you a list what they think you should do and you have to do it. There are some students who are waiting 5 years only to get the course they wanted.

My school in Hamburg is a very open school – it is one of these schools of the reforms in the seventies. On my first day, I didn’t know what to do, because you can go wherever you want. The professors have notes on their doors about what they will be teaching and you can decide what you want to learn. I prefer it this way because you are able to work with second and third year students within this very loose structure.

FFL: How high do you value the importance of film festivals?
VOR: Short film festivals are invaluable. This is mostly because short films are not commercial films and it creates an opportunity for them to be seen. I really like the short film format –  you can do what ever you want to do in 30 seconds. Many don’t see it this way though, trying to fit a feature length film into a short film, just to promote the potential feature. You should use your chance and do whatever you want in this great short form. Then, the only opportunity to show a short on a big screen is at festivals.

FFL: And what is your opinion on short film screenings on the Internet?
VOR: The Internet is nice but to have somebody watching your film totally isolated – I don’t know. If you watching a film on the Internet there are always distractions – like somebody is calling you or you are hungry and need to eat! You will never get the focus you will have in the cinema.

FFL: What was the best festival you’ve been invited to?
VOR: My premiere in Guadalajara was perfect because it was a film about Mexico. This was my most memorable experience, but more because of it really working in this time and place. For contacts Stuttgart was very great because there were a lot of pr 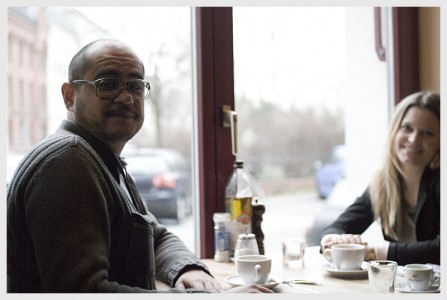 ogrammers present at the festival. They also invited me because they saw my short film on another film market so I had to do nothing, they just ask me if I want to come.

Berlinale and Clermont are great, but huge. As a short filmmaker this can work against you because you can feel lost. Clermont was a little easier because it is all about short films of course. The French audience were also so different to the German – they screamed, they laughed, they were really coming out. The only part missing was a laola wave!

Last month I was in Angers at the Premiers Plans, it was also in France and the people started singing when the festival trailer started. It was the first time I saw something like that, usually everybody is annoyed about the trailer and waiting only for the films. But there, it was like a party.

I think I learned a lot at every festival I went, but the small ones are my favorites. There you can meet people and the programmers, make more friends and have a great time.

FFL: What is your advice to other filmmakers who just first finished their first short?
VOR: That is very easy: Send your film to festivals! Build a plan and set some boundaries. For example, I don’t send to festivals with entry fee. That is against my philosophy. For me filmmaking is art, so for me it is very unmoral to pay for it to show my art.

Also show it to your friends and family to gain feedback and make sure it is festival – ready. And then try to show it to the world!

To get in a festival includes: luck, luck and luck, and then sometimes a little bit of quality. All my festivals I’m searching for, I find at FilmfestivalLife and German Films, because they are the most up-to-date. Thanks for that guys!

FFL: No, Victor thank you.