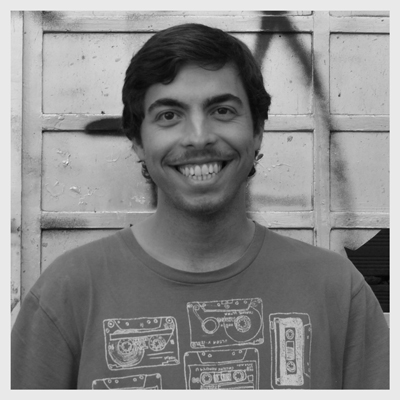 ‘Doclisboa is a big festival in its own way,‘ says Program Coordinator Miguel Ribeiro with a smile on his face. Since 2002 the festival shows the best documentaries from around the world and becomes a place where everybody is welcome to stay and meet. As a member of Doc Alliance, Doclisboa is standing right next to DOK Leipzig, CPH: DOX, FID Marseille, Jihlava IDFF, Planete + Doc and Visions du Réel. Ribeiro spoke with us about good films, round tables and fiction and reality. Find out why you shouldn’t miss out on submitting to the 12th Doclisboa – International Film Festival…

Good films bring to the viewer something new, whether it’s in the structure, the way the story is told, their point of view, or how the filmmaker sees the world – that’s all important. A good film has a point of view, a direction, somewhere you can go to. For me it is very important that the director has something to say. I like it when a film has its own aesthetical gesture for example, or when it is politically active. However, I don’t think subject means quality.

Doclisboa is a big festival in its own way. We are a member of Doc Alliance, a partnership of seven major European documentary festivals. Programmers from every festival in the partnership visit the other festivals, all the time looking for new films. That’s why it’s easier for films to go from festival to festival. Our films usually don‘t stop here. When you have a world or international premiere at Doclisboa, your film always then goes onto somewhere else. And for us, to program a successful film as the first festival is really something special. Last year Joaquim Pinto‘s What now? Remind me won our International Competition Award and the film is now winning lot of awards – that makes us very proud.

Doclisboa is a space for reflection and that is our base. We don‘t only show the films, we also to have the Q&A‘s and the room to talk about the films. We will have ‘Round Tables’. Last year we had for example a round table about ‘political cinema‘ and ‘new ways of distribution‘. We will also have an international colloquium about the link between documentaries and contemporary art and the link between showing film on a theater or showing a video in a museum.
We will have what we call ‘Direction Workshop’, which is a conversation with the directors screening films at the festival and they can talk for 2-3 hours. They can really discuss the process of creating a film, the end result, then the distribution and whatever topics the guests then want to talk about.

At Doclisboa we have a section called ‘new visions’. Here we screen films that broaden the scope of Doclisboa into different approaches of reality and its representations. We show films that might be fiction, but they have such a strict link to reality that they get close to documentary film. Or it can go the other way around, with fake documentaries or films presented as documentaries but that are so constructed that you could think they are fiction.
Doclisboa’s programme also has this aim to question the boundaries between fiction and documentary film. But is this really important to know if it is a documentary film or it is a fiction film? First of all it is a film it mirrors the reality and that is what documentaries are about. If you go out of the cinema and you think about it, that is perfect.

I am a huge fan of FilmFestivalLife and I truly believe it is one of the most wonderful things to happen to festival submissions. I really believe it’s great for festivals because of its organization, but it’s perfect for filmmakers! This kind of platform allows you to submit a film to festivals all over the world. That’s great, because usually when filmmakers want to apply to a festival in another continent they would pay a lot just to send a DVD. With FFL it‘s so well organized because as a filmmaker you can see which festivals are open for submission – it really makes things easier.

4 thoughts on “Doclisboa about Doc Alliance, Round Tables and Fake Documentaries”