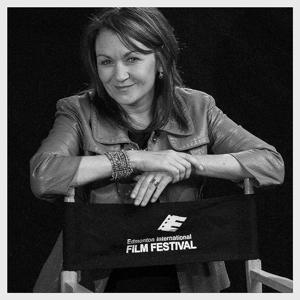 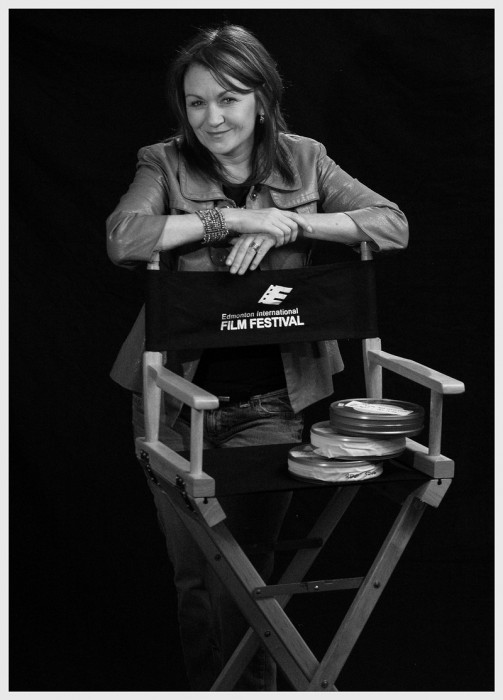 To show the power of film is one of the mantras of the Edmonton International Film Festival. Festival Producer Kerrie Long is all about that. With her energetic vision the festival has grown over the last few years to an event not to be missed.

For its 28th edition, Alberta’s longest running international film festival is shining a spotlight on South Africa, to honour the life and the legacy of Nelson Mandela. Don’t forget though, that EIFF is about much more than just that. We talked with Long about what filmmakers should know when applying and why attending filmmakers will be treated like rock stars at EIFF.

In our 28th year, EIFF supports as many films and filmmakers as possible with a limited budget. The most difficult time of the year is when we send out non-acceptance e-mails or letters. We know how much your ‘cinematic baby’ means to you. And many times, we have to pass on films simply because we don’t have enough screens to program everything. So my advice is to ‘let go’ and trust that we will do our very best to find the right ‘fit’ for your film within our festival.

We want to try something new this year, we are planning on doing an evening of food and film. Edmonton is  a ‘foody’ city with food trucks and amazing restaurants aplenty. So we like the idea of partnering up with some of the local restaurants and chefs to make an event that brings food and cinema together. We did that quite successfully with an event called ‘Subway Lunchbox Shorts’. For the price of the ticket, the audience could see three, four or five international short films, with lunch included in the ticket price! That was really popular for us. So, we are trying to jump from that success and make it a little bit bigger, turning it into an evening event with full-length, feature films. We’re looking for films with a food angle in it but that doesn‘t mean one scene with two dogs eating spaghetti at the same time!

What’s most important for EIFF are two things. First of all, story is by far the strongest element we are looking for. Secondly, we look for films where we hope we are discovering the person or body of work. Whether it is the director, writer, actor or editor, we want to experience that moment of thinking: ‘wow that’s an artist we need to watch’.
We are really embrace the independence that is undisputedly a part of our mantra. We do bring in a number of blockbuster films that we know our audience expect, for example the Palme d‘Or winner at Cannes or films who did well at Berlinale. Our audience expects those but then we also try to introduce them to new voices, which is something that we’re working really hard at. We love to introduce new voices, new actors, all the while trying to bring as many filmmakers in as we can.

There is no question that the art of cinema continues to be the best place to get away and escape. Additionally it’s also the best place to go away and experience a complete other world, another person’s story, see different ways to tell stories. It brings together a community, people who all love cinema but also love talking about cinema. I know our audience love it when the filmmakers are here for the Q&A. I will never forget one Q&A we had a few years ago with a film called Wristcutters: A Love Story, which was set up at as an afterlife station for people who have committed suicide. It could be a real downer of a film, but it was this lovely inquisitive indie film. Then, at the Q&A somebody asked the director: ‘So how does the dog end up?’, something I don’t think the director had thought about before. He responds: ‘oh, you’re right…how could a dog possibly commit suicide?’ That’s something what our audience are looking for, the chance to get personal with the guests attending and ask them ‘hard journalistic questions’.

We work really hard to try to stand out from other festivals, by giving every filmmaker who makes it to our festival, whether a short filmmaker or a feature filmmaker, the attention they deserve. They’re all treated like rock stars, as at the end of the day – without their films, we wouldn’t have a festival! We pick them up at the airport. If they fancy it, we tour them around the city. We then take them to their screenings. We have a populist team on board to ensure they get good media attention. We have parties with them, Q&A‘s and then we finally take them to the airport. EIFF hopes that they tell others the great experience they had, because then they become ambassadors for our festival as well. That’s why it’s important that we treat them like kings!

I think filmmakers should submit through FilmFestivalLife because it’s simply a wonderful way to submit. Speaking as a film festival producer, the platform is extremely easy to use. The easier that a submission platform makes it for both film festival and the filmmaker, the better it is for everyone. We’re not a huge festival but we‘ve grown in my ten years as a producer from 100 to 1000+ submissions. We need FilmFestivalLife just so we can logistically handle all those submissions, with everything we need in one place… so thank you FFL. And I love that FFL really seems to attract the European films, something that makes us so excited.