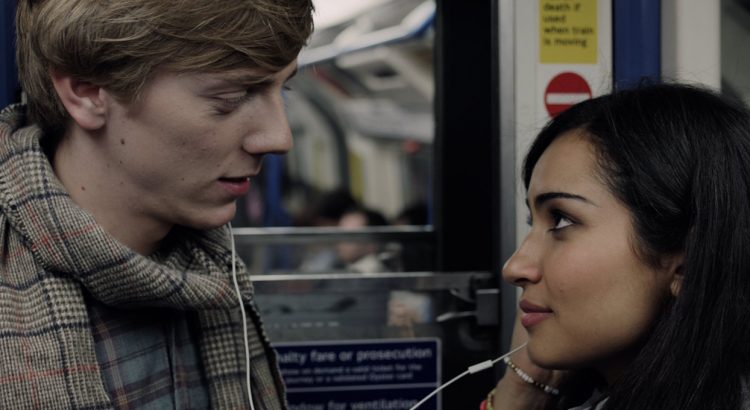 A muslim and a jew fall in love. You may think you’ve heard this one already, but NO LOVE LOST stirs up the plot by adding a third element to the party, someone who silently watches them, going unnoticed.

Boy, girl, London. He is Jewish. She is Muslim. Together, they strive to be accepted by the multicultural society they live in. You may think you’ve heard this one already, but NO LOVE LOST stirs up the plot by adding a third element to the party, someone who silently watches them, going unnoticed. Their stalker, a skinhead girl, is an enigmatic figure that follows them everywhere, a presence that feels both threatening and desperate, especially once her real motives are revealed. There is no dialogue in the film, a choice that feels appropriate, as words could have weighted down the film too much. Instead, FilmFestivalLife filmmaker Shekhar Bassi opts to leave room for the instrumental score, letting the images do all the talking.

What inspired you to make NO LOVE LOST?

Initially, it was just the desire to make a film following a long unplanned hiatus after my father passed away and also health reasons. For me it had to be a strong piece of cinematic story telling that would grab people’s attention. I was keen to tell a simple, multi-dimensional and engrossing love story of the isolation of hatred in a world where love overcomes differences hence chose the world of our story to be an urban setting rather than going across geographical borders. The underlying subtext when my brother and writing partner, Shalinder, were developing the screenplay was ‘we alienate our self by hating while believing we are alienating the person or thing we hate’.

Playing with the notion of love and hate we knew that one of the main themes of the film was identity and London was the perfect city to explore this due to its status as a melting pot of races, religions and creeds with invisible barriers of hate politics keeping different people apart. It was important to acknowledge that the story was not merely about race and religion and that gender was center stage in the story.

For a couple of months it seemed that I would not be able to make the film having been subtly and overtly threatened by certain groups against making NO LOVE LOST when trying to raise funding. In my case when I am told I can’t do something creatively, I am doubly motivated and make it a point to prove people wrong. So the journey to making NO LOVE LOST became more creative, self-financed and required the making of the one shot short film FAUX DÉPART in order to secure free post-production for NO LOVE LOST. 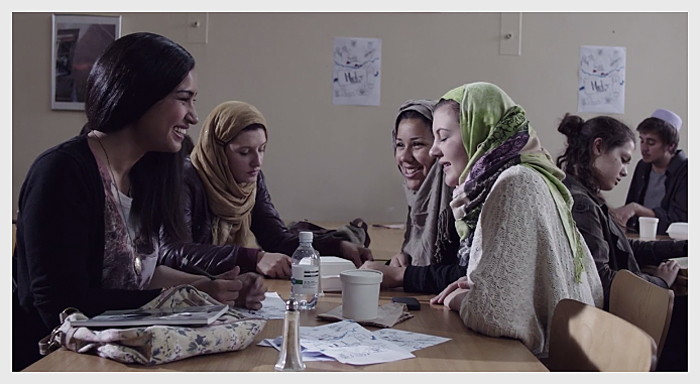 The skinhead girl is a highly ambivalent figure. How did you develop her character?

Originally the skinhead girl’s character was only an idea on a card but it was the only character that made things interesting after playing with a couple of other ideas during development. As a filmmaker I really enjoy telling female led stories and playing with female characters on the page and on the screen. I knew that the skinhead girl’s character needed to be complex and interesting. There was no need for clichés or portraying her as what the general public may assume a skinhead character to be. I wanted to present her as a conflicted character, a girl at heart who happens to live the skinhead ideology, and get that performance out of the actor playing the role.

To achieve this the character was written in that vein knowing that hair, make-up (the tattoos) and wardrobe would speak volumes and add layers. There was no need to have her head shaved or have her spouting skinhead slogans because the film was about a lot more then that. Actually, not shaving her head was a creative choice as it leant more to the girl at heart in the skinhead. What is interesting is the number of people that have commented that they have sympathized with the skinhead girl’s character – the cast and crew during pre-production, principal photography and post-production and film festival audiences across the world. 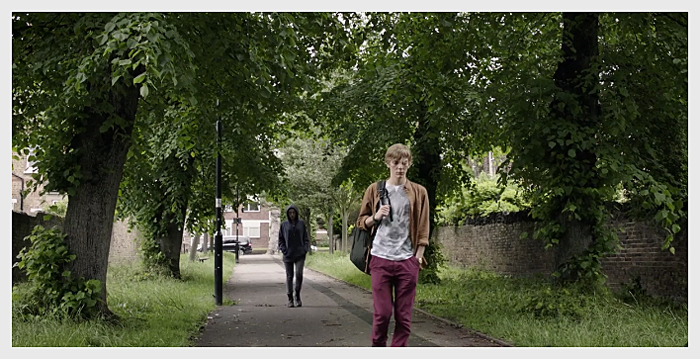 The film has no dialogue, a feature which makes it more poignant. Could you tell us more about this decision?

Not using dialogue was a decision that instinctively was there from the beginning. I was quite excited about making a film that was purely visual and challenged the audiences in how they interpreted the story, the characters and what they imagined the characters would be saying and thinking. I really wanted an audience to be more emotionally invested in the film. There was dialogue in the script but it had been written more for the actors to get to grips with their characters and written in a way that by taking it out it would not change the impact of the story. During pre-production we were aware that the subject matter would make it difficult for us to screen at many festivals (and we would be met by insults and criticism as has been the case) but by not using dialogue we were narrowing our chances further of finding the film an audience (something that a few Italian film festival programmers came back to me with in the past months).

Actors like dialogue so when auditioning actors, I did tell them that we would be shooting in a way that would allow us to cut the film without using dialogue. The editor Nathan Cubitt, a long time collaborator and friend, and I had discussed this during pre-production and had decided that we would cut two versions so that we could weigh them up against each other. We had many discussions during the edit and Nathan is a very experienced and instinctive storyteller. The approach to the filming, shot choices and the editing choices worked and we found the use of no dialogue made the story stronger, tighter, and made the visual and emotional story all the more watchable.

Are you working on any other film projects at the moment? What’s next for you?

At the moment, my brother and I are finishing a draft to a feature length screenplay for a UK Producer but I am not attached to direct. I am also in deep research for quite some months prior to writing a low budget feature, for me to direct that has been optioned by Vertigo Productions in Australia and on which Rolf de Heer will be script editor. I have been approached by a couple of French and Spanish producers for the purposes of directing after they saw NO LOVE LOST at various festivals on mainland Europe and followed up on my other work online. The next step for me is to make my first feature.

— The original article was published on Cineuropa Shorts, October 07, 2014 by Chiara Puntil. —

Cineuropa Shorts is a new website exclusively dedicated to European short films. With news, interview, festival reports, videos and events, Cineuropa Shorts aims at promoting the European Short film industry and its creators throughout the world.

2 thoughts on “Meet Shekhar Bassi, Director of ‘NO LOVE LOST’”