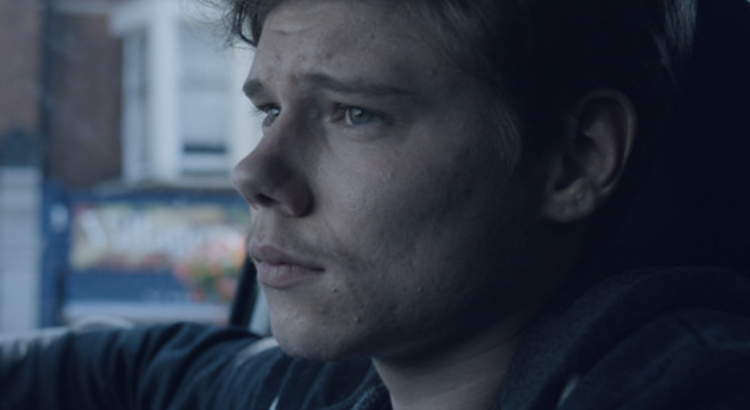 Mike has to give up his Saturday plans to take his younger brother Jack to get a haircut. Instead of going with him, he decides to wait in the car, still trying to make the most of his afternoon. As minutes go by and night begins to fall, Mike starts to worry. Why is Jack taking so long?

Petros Silvestros’ MIKE is a carefully composed film that is reluctant to dispense too many details, inviting us to partake in the protagonist’s worry instead: together with Mike, we conjure all kinds of scenarios as Jack’s absence becomes more and more alarming and our urge to find out what happened to him increases.

A short but powerful study in suspense, MIKE won the Crystal Bear for Best Short Film at the 64th Berlinale. Cineuropa Shorts asked director Petros Silvestros a few questions in this guest post…

MIKE deals with grief and denial. What inspired you to make a film on these topics?

I was once on a train and started observing people sitting around me. Someone was calmly reading his newspaper, someone else was listening to music and another one was simply staring into space, waiting, and for some reason I suddenly asked myself, are these people genuinely calm and happy or could there be a sad, terrible story behind these facades? And this is how I was inspired to make a different film about grief in which we wouldn’t see people looking sad or crying but instead behaving normally as if nothing happened and suffering quietly under our nose.

At seven minutes, the film is relatively short, but it feels longer, especially considering how long it takes us to figure out what really happened. How important is it to keep the viewer ‘hooked’ and build suspense?

Whether you’re making a thriller, a drama or a comedy, suspense is immensely important as you always need to make the audience want to see more and therefore keep postponing their anticipation. On the other hand I personally try not to overdo it, because it can become far too manipulative, limiting the viewer’s freedom to think, judge and project his thoughts onto the film. In a nutshell, I always like to leave the room for the viewer to reflect on what he sees.

On second viewing, I noticed that several hints about what happened appear quite early in the film. Were these placed there deliberately? Did you want the audience to second-guess what happened, in spite of the suspense?

It’s a matter of balance. Suspense is good but second guessing can be even better, as it keeps the viewer active during the film, making them feel like a third character wandering around the set trying to solve the puzzle. In MIKE, it is the audience’s attempt to guess and more importantly their thoughts and feelings during the last shot that make the film special. And this is the type of films I like to direct: films that allow the audience to feel that they are the protagonist and have contributed some part of themselves to it.

What’s next for MIKE? Are there any other projects you are working on at the moment?

MIKE will have its French premiere in Paris at the Courts Devant International Film Festival this November. I have just finished my new short film called A CONFESSION which is about the honest but very revealing confession of a young man to a warm-hearted priest. A CONFESSION is a suspenseful drama that will hopefully create a debate about the role and the responsibility of organised religion and how it functions in our world.

MIKE and A CONFESSION are produced by Irresistible Films.

— The original article was published on Cineuropa Shorts, November 04 , 2014 by Chiara Puntil. —

Cineuropa Shorts is a new website exclusively dedicated to European short films. With news, interview, festival reports, videos and events, Cineuropa Shorts aims at promoting the European Short film industry and its creators throughout the world.

One thought on “Interview with FFL Member Petros Silvestros, Director of ‘MIKE’”