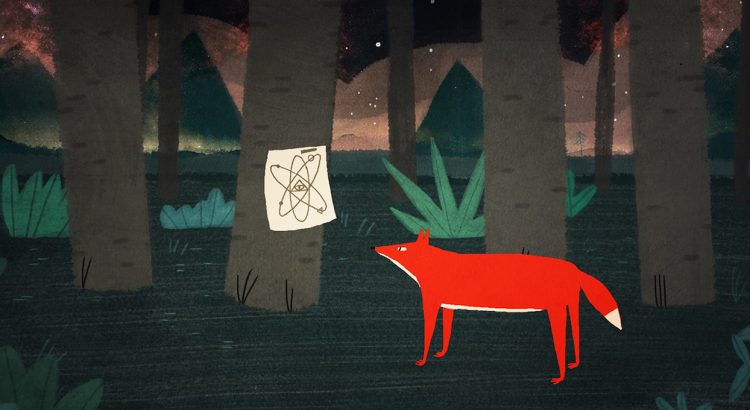 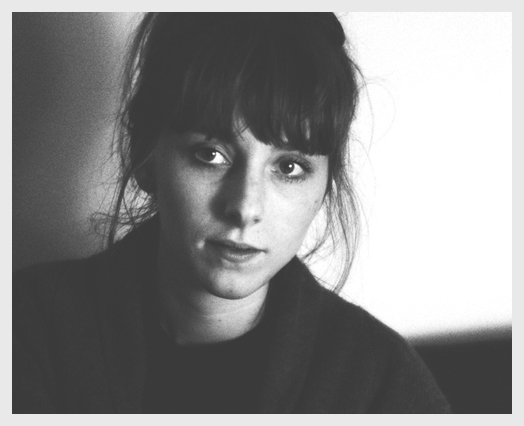 SYMPHONY NO. 42 sends you on an unexpected surreal and emotional journey. Réka Bucsi‘s graduation film from the MOME (Moholy-Nagy University of Art and Design) has definitely left a mark on the festival circuit. After premiering at the Berlinale last year, the unconventional animation begun a long festival run and it looks like it will not stop for a while. Next up is Sundance. And let us not forget that the Academy Awards has recently added SYMPHONY NO. 42 as one of the few non-narrative shorts to this year’s Oscar shortlist. Between festival visits and working on her new project, FFL filmmaker Réka Bucsi spends some of her precious time with us and talks with us about how SYMPHONY NO. 42 succeeded in catching the eye of the Academy.

Jana Dietze, FilmFestivalLife: Congrats on making the Oscar shortlist! What did you do that to ensure your film was considered?

Réka Bucsi: When we submitted SYMPHONY NO. 42, we kind of knew what festivals we want to submit to – as many Oscar eligible festivals as possible! Nevertheless I didn‘t think about getting chosen for the short list. It was super overwhelming and it‘s still a very weird thought. Actually before this happened I didn‘t think that SYMPHONY NO. 42 would get any Oscar recognition. I think the Academy Awards usually prefer more classical narrative stories but luckily for me there are some exceptions.

How did you find out that SYMPHONY NO. 42 is on the Oscar shortlist?

I was in Hungary because I was applying for Hungarian funding for my next film. I didn‘t know when they announced who will be on the Oscar short list. The time lapse between the US and Europe is a few hours and when they announced it, it came to Hungary at the middle of the night. I was out at a bar and one of my friends came to me and showed me on his phone a message from some other person who found out online, that my film was shortlisted. So that‘s how I found out, via my friend‘s text message.

SYMPHONY NO. 42 has been very well received on the festival circuit. How did you cross the bridge between film school and the real world/festival circuit at first?

It was very nice that SYMPHONY NO. 42 had its premiere at the Berlinale competition. That was a huge platform. From that point it felt like the film‘s life began! The people now came to us and we didn‘t have to apply that much because we premiered at the Berlinale. That was some huge exposure for the film.
Generally the school submits the film to the main animation festivals and I do submissions to the other ones who aren’t on the school’s festival list. The submission process was just a huge amount of work. I was basically doing this as a full time job. It was really exhausting and also a great experience, but I would never do it again! So after a while I was working together with Daazo. They wanted to help me in order to bring their Festival Strategy Service out onto the festival circuit as well. It was a huge help because I was just tracking all the DCP copies everywhere by myself and I couldn‘t manage it after a while – it was simply too much. And I couldn‘t focus on my work anymore.

How high do you value the importance of film festivals?

For me festivals are really important! Especially for a short film. I mean festivals still very much define who you see and who you don‘t. Whose film gets attention and whose film doesn‘t. It‘s really a chance game and it‘s a really hard thing, because it‘s a huge risk to take as well. In a way your film can do very well and jump on a wave or it doesn‘t. I think it’s very important to not leave your film on the shelf after you finish it. You have to really focus on the afterlife of the film. And it took me almost the same time and energy as producing it.
At our school they always tell us, that we should really focus on the how to advertise the film after it‘s done – like making a website, using Facebook and Twitter and what ever social network you want to use. You can show some extra drawings and maybe sell your stills or whatever you can just do to put out your work. But at festivals I‘ve got a lot of contacts for my next project as well through the festival circuit. It‘s really a good place to network and if you can make it to the festival then there are a lot of opportunities and also a lot of fun.

What was the best festival you been invited to?

That‘s really hard to say. I’ve had lots of great experiences at festivals but the Berlinale was definitely the biggest and the most supportive one. They follow the people who they have in competition and they really advertise them. They have a really strong platform. But it‘s more a live action festival. In terms of animation, Annecy is the festival to be. But I was also at Hiroshima in Japan and that was very unique as well. I was never in Japan before so that was very exciting.
Honestly, I like animation festivals because I always meet industry people there, who I know from other festivals, workshops or schools. It‘s a small industry. They are working all over the world and I can meet them in one place – which is great. You know that you can make working connections there.

What is your advice to other filmmakers who have just finished their first animation?

After I finished this film, I was like, ‘OK I‘m not doing a film for a while‘ because it was so overwhelming and intense to make it. I felt like I needed to have some kind of pause. But I wouldn’t recommend that! Actually for me it didn‘t work out. I really wanted to do something new after a short time period. And the faster you get to something new the easier it is. Don‘t just think about the next big thing – just think about what you’d love to do and then just do it.
I think a lot of people get stuck after their first film. Maybe I would advise to go abroad. Work in different countries to see how they work and get an experience out of other people’s work.  I was going to workshops for filmmakers after graduation where we were all from different countries. Everybody had new ideas and it was really inspiring. For me it was easy to start something new in this environment.

You are now in Denmark with your new project…

Yes, I am now working on my new short at the Open Workshop Residency Programme in Viborg for six months. The title is LOVE and it‘s obviously about love. I am in the development phase right now.
Now I am out of the safe school environment it‘s really tough applying for all the different types of funding. I hope I‘ll get the funding that I applied for, but I have a good feeling about it…