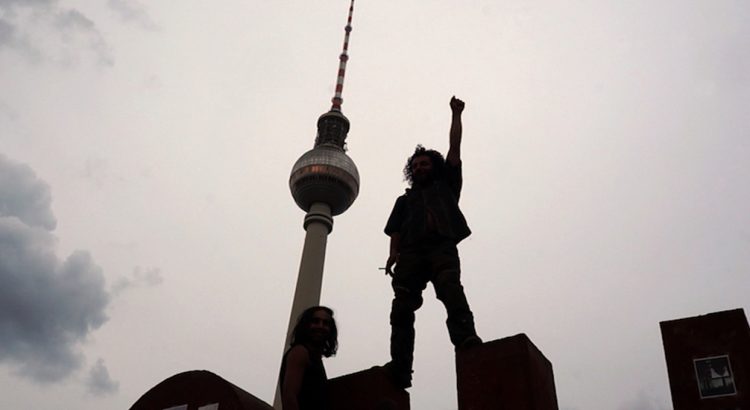 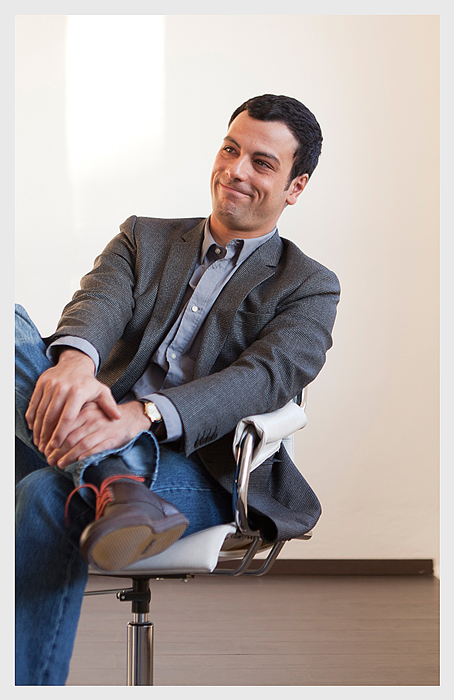 The name Tacheles is one that hits a spot with any Berliner, native or not. That’s something that’s clear when I see the crowd assembled outside Mindpirates, close to our FFL HQ. The atmospheric, smoky den chosen for the German premiere of FFL filmmaker Stefano Casertano’s THE LAST DAYS OF TACHELES…

Casertano’s film is one that runs the emotional gamut – simultaneously bleak and hopeful, forward-thinking and melancholic. Capturing a number of the personalities at the very end of the Tacheles era in summer 2013, it’s a documentary film that has justly experienced film festival success, most notably at FFL festival Salento International Film Festival amongst others including Rome Independent Film Festival. Catching up over a German beer prior to the screening, Casertano gives me the lowdown on how he got the Last Days of Tacheles train up, running and steamrolling through the film festival circuit…

How does it feel to premiere this in Berlin, where the film is based?

Flabbergasted. Many people are emotionally attached to this story, so this is a big thing. It’s also a big risk because you never know how people are going to react if they see their experiences (of Tacheles) portrayed in a different way to how they lived it.

How do you go about your submissions to film festivals?

It’s my first long feature, so it’s also the first time I submit to festivals. Because of course when you make a movie, you love it, so you think you take all your chances. Analysing all the information about festivals gives you an overview of whats going on, it allows to to target the right strategy. For a movie like mine, I opted for submissions only to smaller festivals, and to target festivals that are the right size for my movie. A large festival might be too big, where the attention is diverted by larger projects. 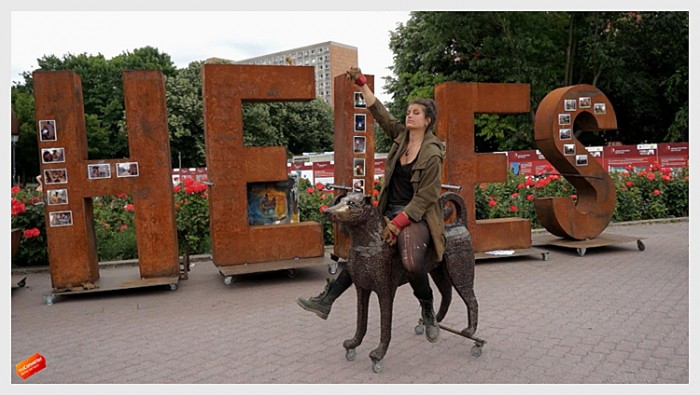 What would you do different next time?

I would avoid making investments I made in submitting to festivals too advanced for my first movie. Maybe I would also try to plan my submissions differently – on a couple of occasions I qualified but I couldn’t screen my film, as it had already been screened. So, this is a very important thing – don’t rush, but develop a strategy over a time period of one year. BE PATIENT!

In terms of emotions, Rome Independent Film Festival. It was the first time I watched my film on the big screen, and I was there with the Editor and Producer. It really was a fantastic experience…

Salento was a great experience in an industry-sense. Italian cinema is like a family and it was especially nice to see how people interact – making for a truly interesting experience…

Have you ever considered crowdfunding?

I thought about this but this is not the strategy I am pursuing as I prefer to finance the production of my movie with my company Inconstantbecoming and then seek partners for the postproduction and distribution. Crowdfunding is nice, but very crowded. Amount of time spent searching for crowdfunding, if your project is good enough, you can seek private investors for.

Do you have any advice for your fellow filmmakers?

I think most important thing is to interact with as many people as possible – to refine your strategies and ideas. Also – be very humble. One has to learn to accept criticism, but also seek criticism.

How did you find using FFL?

It’s the best website! Much more usable, intuitive and user-friendly. I also try and avoid using DVD’s at all costs, so online is perfect for me.

And what’s coming up for you?

Today, we got our offer to distribute an Italian movie by a moviemaker from Sicily, Franco Moresco, in Austria, Switzerland and Germany…

Thanks Stefano! TACHELES is now at the end of its run, but the future is looking bright for the movie maverick…

One thought on “Meet Stefano Casertano on the ‘THE LAST DAYS OF TACHELES’, crowdfunding and online distribution”