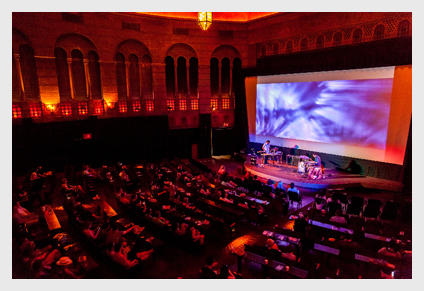 Coolest city in the world? Portland, Oregon, is a bona-fide candidate, known for being a craft-beer swigging, alternative culture pioneer. And it’s also the home of the Portland Film Festival. Launched in 2013 by Josh Leake and Jay Cornelius, it’s still a relative newbie but it’s pioneering approach to film programming has seen them create a festival with a reputation far beyond its years. We spoke to the Executive Director Josh Leake about the fest and found out some important pointers for submitting. If you want to be in contention for a “Golden Axe”, then keep reading…

What types of films are you looking for?

Themes are usually organically found during submissions. Any film with a strong story and clear execution is a contender, and we will work to find a place for it. That’s why we brand ourselves as “The Storytellers’ Festival & Conference.” Once you’re here, we have over six classes a day to help you learn, develop and share your storytelling and filmmaking skills. We feature visiting directors and writers on panels and in workshops. In the past we’ve had an emphasis on relationship themes, social activism, quirky humor, science fiction and history—and I think we will always be interested in those type of stories, but we are always open to discovering something outside of the box.

Our crowds love socially engaging films with something unique about them. Keep in mind we have the longest running weekly screening of “Rocky Horror Picture Show” in the world—and yes, we include the revival screening in our festival line up. If you have a pioneering and challenging plot, a great sense of humor, an experimental vibe, or boundary-pushing animation, Portland is your crowd. Ultimately, we just love good stories.

What makes a good film?

A good story with great sound.

We’re branding our Grand Prize Jury Winning Films as “Golden Axe” Winners—we’ve partnered with a local university to bring “axe throwing” to our festival. The history of Oregon and its pioneers are important to us, so filmmakers and attendees will get the chance to live part of their life—in the wilderness and at the end of the “Oregon Trail.” We will have more classes, workshops and networking opportunities than ever before. In addition, we’re flying up more producers, national press and distributors giving our attendees more access than traditional film festivals.

As always, expect the unexpected –  I should probably mention the break-dancing troop that opened up our festival last year, and the circus aerials that performed on one of Portland’s busiest streets in 2013!

What can filmmakers expect when they are attending Portland Film Festival?

A great city with passionate artists—the whole festival will be jam-packed with events, networking and learning about film.

Portland is quirky. Our festival has a young crowd (average age between 25-34) of makers, writers, dreamers. They are social media savvy and diverse with a liberal slant. Films tend to have longer theatrical runs in Portland—we have more theaters per capita than any other city, outside of Paris; we are true film buffs. Our attendees love our artisinal food, craft beer and incredible music offerings before screenings. Filmmakers also love to come for the same reasons. It’s hard to say no to all this, combined with tax-free shopping and beautiful summer evenings.

Do you have tips for filmmakers? Any strategies they should adopt in the submission process?

Make the film that you believe in to the best of your ability. And send it to us. The best strategy we can give a filmmaker is to research the festival and make sure your film meets their historical screening past.

Why should filmmakers use FilmFestivalLife?

FilmFestivalLife is a good submission tool to submit your film. It’s easy and inexpensive to use.