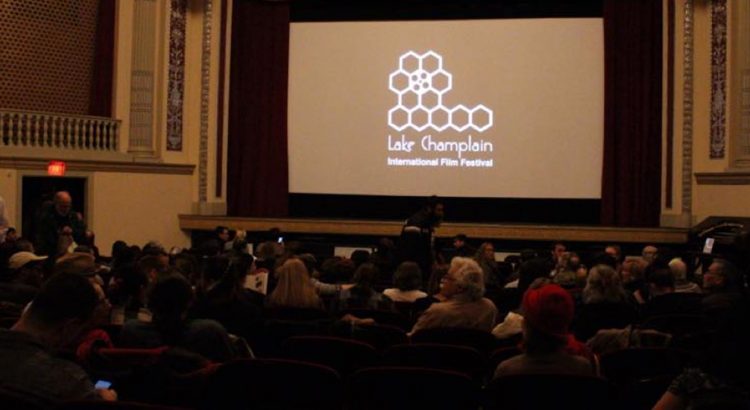 Looking for a niche film festival? Part of the beauty of FilmFestivalLife is the fact our community can interact with festivals both big and small, emerging and established.

Here’s an emerging one for you: the Lake Champlain International Film Festival. It’s a great small U.S. festival that has excellent filmmaking at its core and is proof that the upstart can compete with the big boys. So, we talked to their Artistic Director Jason Torrance and found out more about the festival, from its new prison break section, to its open-minded selection criteria, to its ‘unidentifiable super stew’ location. Intrigued yet?

Andrew Wilkin, FilmFestivalLife: Some of our filmmakers are new to Lake Champlain. Could you tell me a little about your film festival?

Jason Torrance: The Lake Champlain International Film Festival is something that came out of a need in our community. We’re located in upstate New York, just 20 miles from the Canadian border, near Burlington, Vermont – incidentally, if you fancy a U.S. road trip, a wonderful city! We’re one hour from Montreal. Two hours from Albany. Five hours from NYC. So, we’re located at an imaginary crossroads between these meccas and historically, if you wanted to do something cultural and worthwhile – you just had to travel to these other places. So, it seemed like the perfect place to start a film festival!

And what about the town of Plattsburgh?

It’s rural with a relatively small condensed city in the middle. Plattsburgh is a kinda weird place, somewhere that had the distinction during the Cold War, of being one of the US’s nuclear hotspots.

It’s a weird mix of political viewpoints. Here’s how I’d describe it. Like a soup you’ve never heard of, then you’re forced to try it and you think ‘I can’t quite place these ingredients. I’m glad I tried it, I’m not sure I like it, but i’ll try another later on.’ This unindentifiable super-stew is how I’d describe the town of Plattsburgh.

What’s different this year? Have you planned anything new?

There was a local prison break and two criminals escaped from a criminal prison, in a mountain town just 25 mins outside of the city. It was one of the biggest stories in America, with two murderers on the run for a month. So after all of this, we decided to program a block of films that deal with prison break. If you’ve got anything relevant, get submitting…

What are you looking for in films submitted to Lake Champlain?

Excellence. We’re trying not to force anything onto the filmmakers. Here’s the basic thing – is it good or not?

We’re not just looking on artistic merit, but also for entertainment value. The best art happens to also be entertaining art. We’re all for something that embodies artistic integrity but also entertainment value. We really don’t want to be prejudicial about one or the other. For example, we don’t like films that are too preachy, that tell you how to feel about certain issues.

What can filmmakers expect if they attend the festival?

First and foremost, a warm reaction. We try to accommodate them as much as we can. Last year we hosted filmmakers from the UK, Japan and we even had a Sri Lankan filmmaker come to Plattsburgh. What a trip he made!

For the inaugural festival as well, a big draw is the venue. We screen the films downtown in this 1920’s movie house that has been in the process of restoration. It’s a flashback back to the Golden Age of film industry – it looks just like it did in the 1920’s now – really making everything you watch there a special kind of spectacle.

Why do you think film festivals are still important in this day and age?

Film festivals are also important as a place you will be exposed to something new, which you won’t find in Hollywood films at your local multiplexes. The only place is at a film festival.

To conclude, why should filmmakers submit via FilmFestivalLife?

We rather like the warmth of it. It is much more personal and friendly than the other options. It’s an artisanal experience!