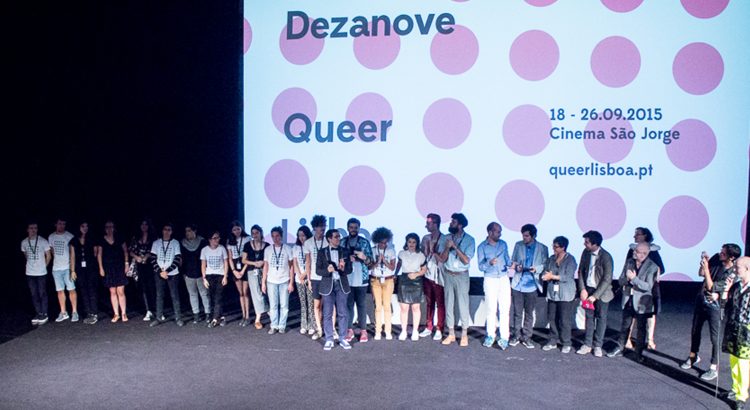 The Queer Lisboa festival is one of the most important festivals in Europe for queer cinema and this year they celebrate their 20 birthday! Lisbon is one of Europe’s most beautiful, and liberal, cities and makes the perfect host for an equally forward-thinking film festival. Your film may be the perfect fit for Queer Lisboa. What else do you need to know?

With their Late Deadline approaching, we felt it was high time to find out. Speaking with their Artistic Director João Ferreira, we found out lots about the festival, including the special events planned for their 20th birthday, how the definition of “queer” is much wider than you may think and how they nearly came acropper on their 7th edition…

Andrew Wilkin, FilmFestivalLife: Is there anything new this edition that filmmakers should know?

João Ferreira: We are celebrating this year our 20th anniversary, so alongside our different competitions, we will be holding a very special program at the Portuguese Cinematheque. We will also hold some special events recalling the 20-year history of the Festival, with the collaboration of several Portuguese artists.

For Queer Lisboa 20 we will also be hosting a number of masterclasses with actors, producers, distributors, and film essayists, reinforcing one very important aspect of our Festival: one of offering a wider knowledge on queer film and also a more pragmatic and academic approach to queer cinema, putting the films in our program in context.

Our program is very eclectic, so we look for many different things in film. Of course, it’s always gratifying to find new experimentation both narratively and aesthetically. And it is always very refreshing to find a new vision or approach to classic queer themes, such as coming out, coming-of-age, Aids, family and so many other subjects that have helped define this genre.

We are also always looking for young filmmakers, who are still experimenting and searching for their own language. Actually, one of the most gratifying things about this job is to program and accompany the evolution of young filmmakers whose first films we’ve screened.

Also, I believe that a filmmaker really has to put his passion and seek for his own language in his or her films. It’s very disappointing when a film is all about technical and narrative correctness, and doesn’t go beyond that. It important that we see the filmmakers’ vision and particular view of the world expressed in his work.

Do you have any other pieces of advice for filmmakers before they submit to your festival?

Queer film is not solely defined by its narrative. A queer film doesn’t have to recount a gay, lesbian or trans plot, it doesn’t necessarily have to represent a gay, lesbian or trans character. Our notion of “queer” goes beyond this narrative restriction. Not only are we interested in any film dealing with sexuality in all its forms and manifestations, but also any story about discrimination, minorities and human rights.

Furthermore, a queer film can be defined as such regardless of narrative. It can be built onto a queer look on the world, an appropriation of stylistic codes related to queer culture, it can emerge us in a camp universe and so on. Many times filmmakers tell us they don’t think their film is queer, but it turns out that this element is there!

What can selected filmmakers expect when they are attending your festival?

Besides the certainty that their film will be screened in a wonderful fifties-built cinema in downtown Lisbon, they can expect a very friendly team and audience and a film program that also offers many parallel activities – with the possibility for you to get to know other film professionals and network with them in a very laid-back environment.

Are there any particular success stories from Queer Lisboa, that you are proud of?

We are now about to celebrate our 20th anniversary, so as you can imagine many wonderful things happened in these two decades. I could point out some seminal periods when we managed to procure important institutional sponsorships. Or in our 7th edition, when we lost almost all funding and in just 2 years we not only recovered those sponsorships, but have been growing ever since, both in budget and in audience numbers.

But the success stories for me are the moments shared with our audience and guests, after film screenings. One was when we presented Miguel Gonçalves Mendes’ documentary “Autografia” about Portuguese painter and poet Mário Cesariny, who was already very old and sick, but still attended the screening and gave a very emotional and lucid talk. Another was when Joaquim Pinto presented the premiere of his documentary “What Now? Remind Me.” Those are the moments I treasure the most and that fuel our team to keep going.

What are the current movements in Queer Cinema?

Queer Cinema is a very eclectic genre in the sense that it flirts with every other film genre. In that way, it absorbs widely and rapidly every contemporary and avant-garde tendency in film.

For a long time Queer Cinema was concerned with recounting the lives and celebrating and recovering the history of LGBT individuals and communities. The nineties and noughties were a very political period for queer film in that sense. Now I would say, that without ever abandoning the portrayal of queer realities, Queer Cinema is looking further outside these specific realities, and reflecting more and more on wider global political, social, and cultural issues. Queer Cinema is gradually offering us a queer view on the outside world and on how queer realities relate to that world. 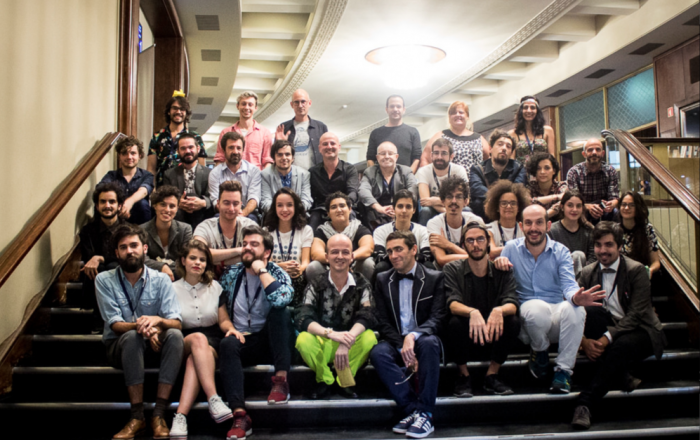 How important is Queer Cinema?

First and foremost, since the dawn of commercial cinema, Queer Cinema has had a pivotal importance in offering a representation of what is queer to moviegoers. This was pivotal essentially for queer spectators in a time when they had no access to information on what is was to be gay or lesbian. Film was for many of these spectators a means to learn about their sexuality, and to learn that they were not alone in the world. I feel that today Queer Cinema is still important in this sense. Although queer issues and queer characters are broadly talked about and portrayed on TV, the internet and social networks, film is still a privileged means to thoroughly explore the complexities and richness of queer individuals and communities, without succumbing to stereotypes and easy prejudice.

Apart from this more social aspect, Queer Cinema has since the forties walked hand in hand with experimental filmmaking and has contributed much to the genesis of ground-breaking aesthetics in film, such as “camp” which was highly influential.

How is your experience with FilmFestivalLife? Why should filmmakers submit via FFL?

FilmFestivalLife is an important and very useful tool for our programmers, since we’re always looking for new voices in film. The wide range of this film submission platform allows young or striving filmmakers, who are not yet in the festival or industry distribution circuit, to present their films to film festivals such as ours, and eventually get their work selected and start a career in the festival circuit.

Submit to Queer Lisboa on FilmFestivalLife:

:: 7 Essential Tips to Make the Most of your Film Festival Submissions
:: Edinburgh Short Film Festival is Looking for Rising Stars