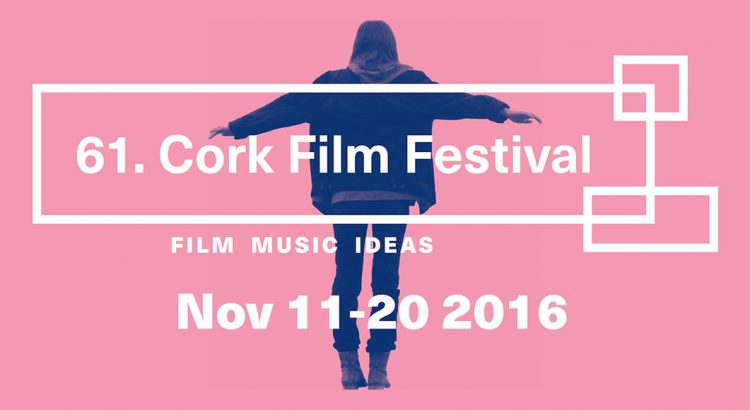 The Cork Film Festival lineup is finally out. The festival has returned to the Everyman Palace, the stunning cinema that hosted the inaugural festival in 1956 – but there’s nothing throwback about the program they’ve assembled here. One that includes many titles selected from their Open Call on FFL!

A wide range of topics have been addressed by FFL filmmakers, from the refugee crisis (“After Spring”), to homegrown Irish topics, including two from the esteemed Vincent Gallagher (“Neolithic Patchwork Quilt”, “Second for None”)  – director of festival smash Love Is A Sting. A mix of narrative, documentary, and experimental features and shorts, there’s plenty for the cinephile to admire at one of Ireland’s best film festivals.

Congrats to all those selected! 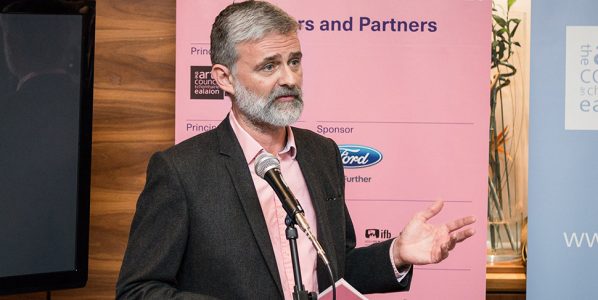 “We don’t really look for calling-card movies, by which I mean elegantly on time, on budget, high production value short films – ones by which the director announces they’re ready for a feature film. We’re more interested in the unusual.” – James Mullighan, Creative Director.

After Spring follows the struggles and triumphs of two Syrian families living in a Jordanian refugee camp as they contemplate an uncertain future.

Infused with a deep sense of the mysterious, The Miracle of Tekir tells the tale of Mara, an unmarried healer who works on the mudflats of the Danube delta, whose seemingly immaculate conception upsets the superstitious villagers forcing her exile to a hotel spa where she meets the wealthy Lili, who wishes to conceive.

In Vilnius for a gig, Finnish DJ Jaakko becomes smitten by older French woman Caroline, who is there on business. Despite having no common language they enjoy each other’s company, but the easy pleasures of a one-night stand become complicated when a volcanic ash cloud forces them to spend another day together.

Dead Slow Ahead follows the Atlantic voyage of the freighter Fair Lady. The impersonal, brutal grind of machinery is the lifeblood of this vessel. We follow the anonymous crew and their toil to keep the ship on course. This multi-award-winning film is a mesmeric, immersive, and unique cinematic experience.

Eddie, a 65-year-old Sudanese man, lives on a remote Swedish island. Surrounded by screaming birds and carrying a silent past, he wanders around in nature, trying to find meaning in his displacement. Despite his circumstances, Eddie looks for the miraculous in the overlooked present time.

This essay documentary deconstructs the horror genre of film using an assemblage of classic and lesser-known film clips. Fear Itself simultaneously decodes the nature of fear and what draws us to disquiet, suspense and utter horror in film.

The Boy On The Train, dir. Roger Deutsch (United States)

While attending a screening of his film in Budapest, a film director is confronted by the now grown-up subject of the film, who is upset by his portrayal. The director placates him by agreeing to join him on a trip, a journey that becomes filled with moments of Hitchcockian suspense and Paul Auster-like existentialism.

Filmmaker Ahang Bashi turns the camera on herself in this probing documentary about living with anxiety. Beset by crippling panic attacks and bouts of anxiety and depression, Bashi sets out to investigate whether her condition is linked to her past. Bashi’s anxiety is attributed to the trauma of fleeing Iran for sanctuary in Sweden as a child and integrating into a new culture. This intimate self-portrait is searingly honest in its treatment of this deeply affecting disorder. Fragility will be followed by a discussion panel exploring themes of anxiety and mental health.

And We Were Young, dir. Andy Smetanka (United States)

A stop-motion animation history of American soldiers, called ‘Doughboys’, in the last months of WWI. This unique documentary – shot one frame at a time on Super 8 using paper cut-out silhouettes – brings to life these long-forgotten stories from Europe’s Great War in all their humanity and tragedy.

This intricate tale charts a cuckold’s attempt to exact revenge of a sort on his dead sibling. Geoffrey Enthoven, who delighted audiences with Come As You Are (CFF 2012) returns, quite literally, to Cork. The absorbing plot plays out in West Cork, and features great turns from Udo Kier and Alison Doody.

Celebrated as one of the masters of the short story, Frank O’Connor was also an important translator of classical Irish poetry. Cork poet and writer Liam O’Muirthile tells O’Connor’s forgotten story. He argues you cannot understand O’Connor’s voice in English without understanding his natural writing voice, which is rooted in Irish.

Those who remember the 1980s will feel chills of recognition at Out of Innocence’s plot – a link is wrongly made between the secret birth of a stillborn baby and the brutal murder of another, found 50 miles away. This is a timely film, a sour reminder of an oppressive and misogynistic era.

The Monk Of The Sea, dir. Rafal Sklaski (Thailand, Germany)

Bangkok resident Ball, like 70% of young Thai men, adheres to the ancient tradition of proving one’s maturity by residing in a Buddhist monastery and complying with its austere rules. Ball has two weeks to achieve his goal, but the distractions of the 21st century are never too far away.

An examination of the deterioration of fraternal love in the shadow of an alcoholic father.

Frederick Butterfield is tired of always being runner up. When he becomes the world’s second oldest person, he hatches a plan to claim first place.

Irish Shorts 1: The Cycle of Life

Herman, a husband and father of two, is coming to the end of chemotherapy. As a result of his illness he undergoes an existential crisis. His wife Felicia endeavours to help him cope through practicing mindfulness. However, a tragedy involving his wife realigns Herman’s focus on what matters most.

Irish Shorts 4: A Sense of Who We Are

Miah, a middle aged widower living on a remote island off the coast of Ireland. Although he has no wish to leave he has become increasingly disconnected from the modern society that has left him by.

Sunlight streams through the kitchen window. Louise gets her family ready for another day. A hard working police officer, she urges son Mikey and husband Jonathan to not make her late, again. Life is good. But the family’s peaceful world is soon blown apart!

Stars, hide your fires, let not light see my black and deep desires. Nor any truck.

Two ladies in their seventies drive through north County Sligo in a neat Japanese car. As they pass by village pubs and beaches, they imagine the terrible, immoral lives people are living today. Their one consolation is the innocence of children.

World Shorts 2: It Takes All Sorts

Tootega is a witch who ekes out an isolated existence on an iceberg adrift in the ocean. It’s a miserable lot, and in Tootega’s case, misery hates company…!

Derek is a merman – more fish than man really – who spends his days joyously rollicking around the ocean, oblivious to the fact that his dreadful singing is the very reason he remains friendless.

FISHWITCH is the story of what happens when these two unlikely characters come together, as Derek begins to unlock the painful secret Tootega has kept hidden for a long, long time.

The Future Is A Waste of Time, dir. Michael Lightborne (United Kingdom)

A film about a time-travelling film, brutalist architecture, utopian desire, digital decay, and the demolition of Birmingham Central Library, combining experimental abstraction and a throbbing synth soundtrack to evoke the ecstatic life of a building.

P.S. Check out the rest of the cracking lineup here.