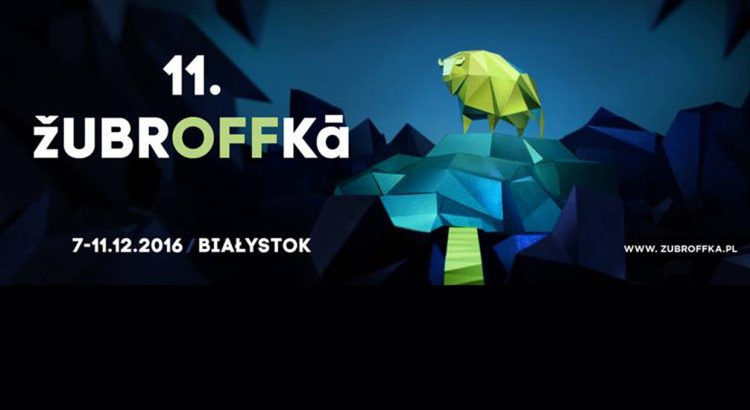 Zubroffka is coming up from December 7th-11th and promises to bring some cinematic intrigue to the final month of the year.

Located in Poland’s Bialystok, it’s the home of the famous bison and shows some typical chutzpah with its wide-ranging lineup incorporating a diverse range of cinema – one that includes many FFL filmmakers!

Here’s our FFL filmmakers who’ll be screening! Congrats to all.

“This year we launched a new competition ON THE EDGE – dedicated for experimental shorts and video art. Both in competition and out of competition within special focuses and programmes we’re showcasing emerging talents from all over the world with a special attention to Eastern European filmmakers, as our city is on also on the edge of EU – close to the Belarussian border,”

“In the middle of the steppes of Kyrgyzstan an old foundation dating back to the Soviet era is gaining more and more importance in the nomads’ daily life.”

“Siberian bus conductress Tamara introduces her teenage son Max to the colleague she has been dating for a while. However as they meet in a jolly karaoke bar, she gets suspended between the two men and is forced to look for her own self instead.”

“A story about two brothers who set out on a journey, to celebrate their other brother’s birthday.”

“For sixteen years Iris Kadosh has been the keeper of the museum’s exhibits, with much dedication and no complaints. One day she arrives to work to find out that the museum’s operational manager has left and she will be taking her place. The good news is tainted by Iris’ involvement in an accident, one that causes the museum to shut down and brings about an investigation. Iris must work her way through the ever growing anxiety she feels and the colorful and crude ensemble of workers that hover around her. She must face dark questions on ethics, good vs. bad, and decide how far she will go in order to keep the great position she was offered just that morning. The tragic and amusing dynamics between the museum’s employees creates an opera of marginal and rejected characters searching for any shred of respect from the world.”

“Out of the blue , drowned refugees packed in plastic sacks placed at the public beach touches the life of individuals, which have settled their lives with quirks and oldtimer -anniversaries.”

“The leopard shall lie down with the goat. The wolves shall live with the lambs. And the young boy will lead them. 12+1 kids and the carcass of a whale washed ashore…”

“Kanun, ancestral Albanian code, ruthless. Article 864 says: You’ll avenge the death of a family member by the death of the murderer. But Article 602 requires respect and protection of house’s guests, as if they were family. This evening, Adil agreed to accommodate Johan, one of his henchman, for the night.”

“Glen is barely a man. In a desperate attempt to tap into his masculinity he attends a primal scream therapy session, but even surrounded by wailing men he cannot make a sound. When another member of the class pushes Glen too far he finally lets something out – a miniature version of himself which does whatever it wants, regardless of the consequences.”

“The film focusses on the pursuit of happiness. Failure and desire play a part, and the sweet smell of childhood lingers in the air, but it has lost some of its romance. The idea that this film is maybe not about horses at all suggests itself quickly. These precious friends are simply well-suited for being protagonists as their image is not yet as worn as Mickey Mouse and Bugs Bunny and they are still complex in terms of content. The horses trot and gallop across the screen and even drink at the bar. These horses are not happy, maybe for one exception. Loss follows great success, love is only answered by a painful lack of understanding, Black Beauty turns into Broken Beauty. This film does not play in Wendy-mode and neither serves the romance of horse loving teenagers.” Prof. Jens Gussek

On The Edge Competition (for experimental and violent films)

“The film Squame explores the body’s sensitive envelope, the skin. The ephemeral animated desquamations, created with the help of sugar casts, evoke fragile landscapes in a world at the edge of abstraction. Somewhere between archeological artifacts and macroscopic observations, the friable frontiers of these human bodies elude our gaze.”

The Inspector and the Umbrella, dir. Mael Gourmelen, (France)

“New York 1952. The day promises to be rainy, but nothing can affect our Inspector Frigg today. Nothing ? Or perhaps his umbrella…”

“Chika the dog and the five-year old Mikasch are the heroes of this story which is set in a Jewish ghetto in an unnamed Polish city. The little dog helps Mikasch to develop as a child despite the persecution of the Jews and the threats of the 2nd World War. During World War II it was forbidden for Jews to keep their pets. One day the official orders decreed that Jews have to deliver all dogs. Mikasch refuses to obey this command. His parents help him to find a solution to save Chika. Mikasch’s father hides the dog outside the ghetto at a non-jewish friends house. Then one day a soldier knocks on the door of the families apartment and delivers a command. The family has to gather with all other Jewish families to be deported. Father, mother and child do not obey, instead they hide in the cellar. Mikasch realizes how important it was to take Chika outside the ghetto. In the small hiding place Chika would have started to bark and that would have revealed the hideout of his family. With the belief to see Chika again one day, Mikasch overcomes the difficult times in the hideout without serious damage. At the (happy)-end Mikasch and Chika actually find each other once again. There is peace.”