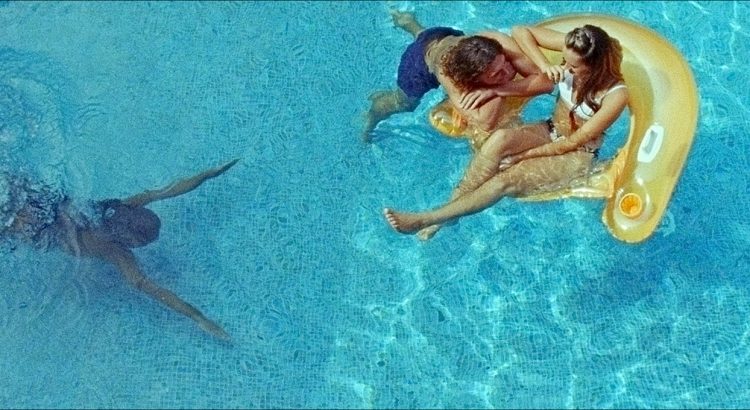 Another great year at Flickerfest has closed, with many FFL winners winning accolades. Congrats to all!

The Academy-Award accredited festival gave out 30,000AUD in prize money to a wide-range of films, from Australian to international, to films made by primary school kids! The message? There’s great film everywhere – made by all types of filmmaker. Keep reading to find out who won awards and which ones were submitted via FFL (highlighted in blue).

Make this your impetus to screen on Bondi Beach next year! Until 2017…

“We are thrilled that the 2017 festival has been such a success with record crowds and great enthusiasm expressed for the programmes screened.”

“It’s great to see short film so warmly embraced by audiences across our ten-day event. I would like to congratulate all of the films selected for Flickerfest in competition this year and all of tonight’s award winners.”

As Hakim is waiting for the bus after class, he is caught in a vendetta between teenagers. He is not exactly keen to get into a fight, but how can he possibly avoid an awaited confrontation?

SAE Qantm Award for Best Use of Digital Technology In A Short Film:

Lion and Bird break into an uninhabited villa to find out about the reason why it is not aging. Immediately they feel the power, which keeps the villa alive. A fairytale about self-liberation.

Barbara and Zdzislaw are soon to celebrate their forty-fifth anniversary. It would have been quite the occasion if not for the fact that Zdzisław spent eight of those years living with another woman. Now he’s back with his wife, although she claims that if it were not for her husband’s infirm legs, he would still be chasing skirts around Cracow. In spite of everyday bickering, somewhat inexplicably, their relationship perserveres.

A building in Hebron, which has been deserted by its Palestinian owners, is called “The Mute’s House” by the Israeli soldiers stationed there and by the tour guides who pass by. The building’s only occupants are a deaf woman, Sahar, and her eight-year-old son, Yousef. The family’s unique story, which unfolds against the backdrop of the Israeli-Palestinian conflict, is told through the eyes of the young and charismatic Yousef, as he goes through his daily routine in both the Jewish and Muslim areas of a city torn apart by hatred and violence.

Fatma and her mother are Kurdish refugees in Italy. On their visit to the doctor, Fatma has to translate what the doctor tells to her mother but she keeps silent.

Tia is an avid meat eater who is strictly a vegan hipster in public. She is haunted by thoughts that her two worlds will collide and come crashing down. When Tia’s judgemental vegan boyfriend invites himself to her family birthday party, Tia must find the courage to tell him her secret before he finds out for himself.

A school of fish wakes to discover that everyone has grown legs. Is it evolution or a curse from god? Only one fish, the optimistic scientist Charlie, believes the new limbs are a sign of evolutionary progress. If only he can figure out what they do.

Canon Award for Best Direction in an Australian Short Film:

Elvis has a dream to escape her remote caravan park home. She hatches a plan to sell cans of soft drink to raise enough money to make her way to a posh boarding school in the city – that is, until her Mum finds her treasure and risks it all.

The delusional patient of a psychiatrist believes he is actually the psychiatrist. As they each attempt to treat each other the session gets out of control.

Avid Award for Best Editing in an Australian Short Film:

Based on true events. An Australian traveler finds himself caught up in the darker corners of of Indonesia.

In a beachside tourist town, the body of a fifteen- year-old girl is found in a cane field. Her murder is a mystery that envelops the community as those close to the girl grapple with death, in all its senselessness.

This short film depicts how a blind boy with an ability to paint “sees” the world differently to others. He is able to show his friend how the world around us is viewed differently through touch and feel rather than sight. His friend in turn, gains a greater appreciation and value for both him and the wider world. She too has a talent, (dance) which she seeks to share with him

TATTOO: THE LIFE AND TIMES OF A TEMPORARY TATTOO ARTIST, dir. Daniel Nieborski

Dave Payne has a passion – he is a Temporary Tattoo Artist. When he becomes aware of a temporary tattoo competition, he and his assistant Lenny practise their skills on some interesting clients before the big day. When that day comes, however, all does not go according to plan…

Jasmine Hanson’s Grandma is very special. They do lots of different things together. On the shelf in Grandma’s apartment sits a pink dotted box whose contents had remained a mystery to Jasmine. Will Jasmine ever find out what is inside box?

An astronaut finds himself lost in space, and he soon comes across another in a similar predicament. They then join forces and journey across the universe in an attempt to ‘Find Home’

A documentary exploring the sociology and psychology of lying, as well as the tips and tricks to spotting a liar in the act.

Based on a true story, in October of 1917 a young soldier becomes trapped in the notoriously treacherous mud of the Battle of Passchendaele. As he attempts to escape his tragic fate, the young soldier relives moments from his short life in a vain attempt to reforge the choices that had bought him there.

One thought on “FFL films amongst the winners at Flickerfest ’17”