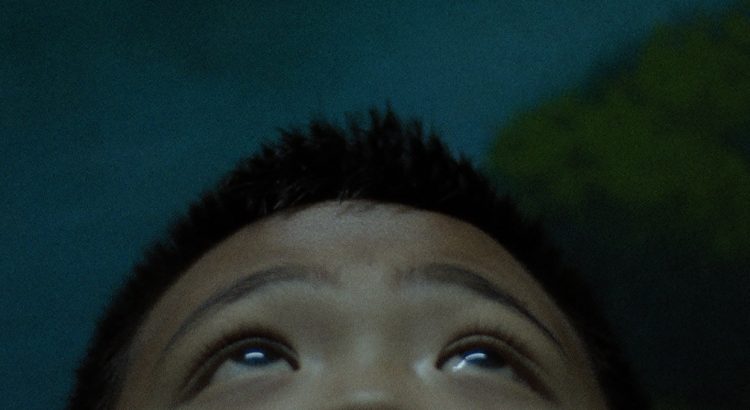 The Berlinale has officially taken over our home city of Berlin. Our FFL filmmaker Jacqueline Lentzou is screening in the Berlinale Shorts section with her sublime short HIWA (Wound). Find out about her film – described as a “trippy journey in Athens’ cityscape” – and how she made it to one of the world’s best film festivals.

The decision- to follow this career- was made when I was 15. The career – the word sounds peculiar to me- let’s say started once I graduated from London Film School, in 2013.

I work intuitively. It’s an open process. An idea, rather discreetly, can arrive to me after a song, a walk, a word.

My latest short is HIWA. Hiwa means ‘wound’ in Tagalog, the most commonly spoken Filipino dialect. The film narrates a Filipino man’s nightmare, taking place in Athens, Greece. Yet, he himself, has never been to the city.

A dream is, psychoanalytically speaking, a keyhole in someone’s soul, inner being. Thus, the film deals with the anxiety that Jay, this father, feels in relation to his two daughters. So, in a way, it is about fatherhood. The vehicle to approach this heavy theme is a trippy journey in Athens’ cityscape. 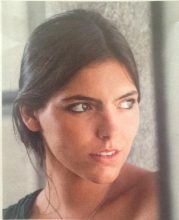 I was not inspired by other films, but I was very inspired by Gauguin’s paintings, and more particularly, his series “The Lure of the Exotic”. Gauguin always moved me, but when I discovered this series I was absolutely amazed. I have printed most of his paintings and they still surround me.

I was thinking a lot about the cinematography language, I was wondering how would I go in order to depict a dream as I know dreams are. I cannot recall watching a dream sequence in cinema and falling for it. They always seemed very stylised to me. That’s when I stumbled upon the Fauves. My references were paintings, not films. Cheers to Gauguin and the Fauves!

It’s a tough job that requires strong organizational skills, which I, unfortunately, don’t have. So, I honestly get into another self to work on festival strategies. I wish someone else would be dealing with this, but you have to be personally on top of things, especially on a short. I try to save some money from the overall budget, but it’s never enough. So I focus on waivers, or on low submission fees. The type and tone of a film is also a very important criterion, and I feel this know-how is mainly empirical: you never know, until you actually go. Regarding the number of festivals, it’s something relative. It depends on several things, from my mood on the particular time of the day to which festival the film has been invited already.

My advice would be a very good excel sheet and a strong memory: you need to know the deadlines better than your birthday.

How many festivals do you personally attend? How did it feel to see your film on a screen for the first time?

There isn’t a fixed number of festivals that I attend. I try to attend the most, especially when expenses are covered. At the same time, it has to do with my personal availability, for example I really wanted to go to Trieste for my film FOX, yet I was super busy.
When I see any of my films on the screen for the first time, I cannot really watch. I am overwhelmed and I feel rather uncomfortable. So I prefer to exit the theater. And I do so accordingly…

It’s a tough one. Every festival is a new journey, and I can’t put in words how much I enjoy travelling. It is one of my favorite things in life along with writing and music. I think that the most favorite one was a small, non-competitive festival in Italy. The city was not special, nor the films I watched, yet the people were. A very old lady came to me, and because she did not know English, she just hugged me. In this hug, I felt that my film, my thesis project, touched someone. And this was very newfound for me back then, and I will always remember it. At the same time, Locarno was the first ‘huge’ festival I attended. I had one of the best weeks of my life in terms of people I met , films I admired and swims in the lake in Ascona.

I am a girl, still considered ‘young’, working in Greece. I think these elements can describe the adversities. It’s still very hard for Greek old men to take seriously a girl. But I have overcome this, and I just laugh at such instances now, although in the past I would suffer from the injustice.

The biggest adversity I faced was to shoot a film with the producer attached on the film being literally in another continent. I overcame it with the support of my crew, and more particularly my cinematographer and editor, who are very special people for me and if it was not for them, the film would not have happened. So, love and faith are the weapons, no matter how cheesy it may sound.

I write my debut feature. I think this is more than anything!