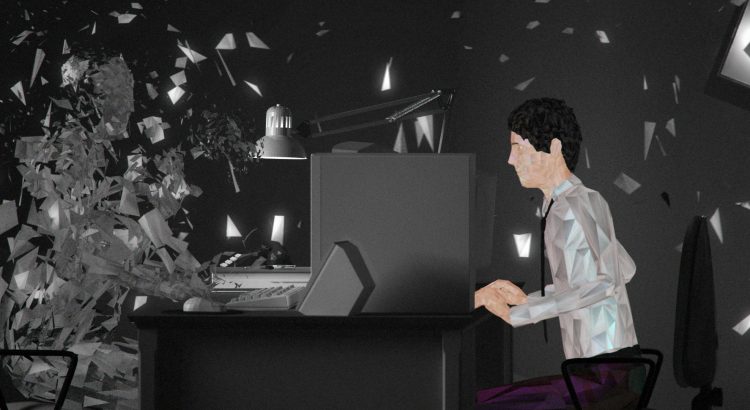 Veljko Popovic uses animated film as a method for exploring the modern world and all its idiosyncratic possibilities. Having just won the International Competition Golden Horsemen prize at Dresden, it’s clear his observations have some fans. Find out about his journey below, including stops at many of the best European animation film festivals.

After I finished my studies at the Art Academy in Zagreb where I studied painting, I got a job as the assistant to professor Simon Bogojević Narath, an accomplished Croatian animator. Working with him I became interested in animation and decided to make my first short animated film “She who measures”. The film did great on the international festival circuit and I have been doing shorts ever since . 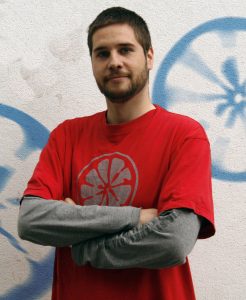 I always approach a distributor to distribute my films. They require a fee for their hard work but it’s well worth it! I think, if you did it yourself you would spend the same amount just from entry fees and postal costs anyways. It’s very important to have mental space to be working on your next idea and next project rather than to spend time worrying about festivals.

aim big at the start and see where it takes you! Don’t worry if its your first film, always shoot for the stars.

But choose your distributor carefully and read the fine print in the contract. It is very important to find someone who understands your film, knows where to send it and what strategy to use for your particular film. Also, be careful to plan the release of the film early in the year as you want to maximize the time you have on the festival circuit as the films are discarded after 2 years based on the year of production, not the month. So if you have a premiere at the end of 2017 for example, already in 2018 your film will be one year old to festivals, no matter that you had maybe only one month since the premier in the previous year. This will cut your festival time significantly and you will lose a lot of options for festivals. With my films I always aim for a big festival for the premiere as this opens the doors for easier submissions to other festivals, so aim big in the start and see where it takes you.

Watching my film on the big screen for the first time is always scary and exhilarating. With experience, I’ve learnt that it’s very important to do this before the premiere and during production – just because it looks so different in a theatre and it allows you to see it like the audience will. Then, you can address issues which you just could not perceive watching the film on your computer screen.

A funny story happened to me when my film won the FIPRESCI award at Annecy in 2008. They pronounced my original Croatian title so awkwardly that I didn’t understand it was our film that won. So I just clapped and wondered who won it. It took two calls from the announcer for my producer to get that we had won it.

I LOVE Annecy. Their huge theater hall is awesome and always packed with animation lovers. The atmosphere there is electric and the quality of the screening fantastic. It is the largest festival for animation in the world so.

On the other side I also really love the smaller festivals which have a different vibe and offer a super friendly atmosphere and a chance to really connect with people, such as HAFF and Animateka. The most nervous screenings are always in my home country where I have so many colleagues and peers attending, like at Animafest. It’s great that Animafest has such a wonderful and friendly atmosphere to calm my nerves a bit.

I would say the toughest time is in between projects where you have to find commercial work to keep going and dealing with the stress of not knowing whether your new film will get funding. I just try to stay positive and always be open for the new opportunity that may pass you if you aren’t alert.

At the moment we are working on my new film called Cyclists based on the works of a famous Croatian artist Vasko Lipovac. We hope to have the film finished by the end of the year! After a film like Planemo which is really heavy and introspective I’m enjoying a lighter theme like this one.