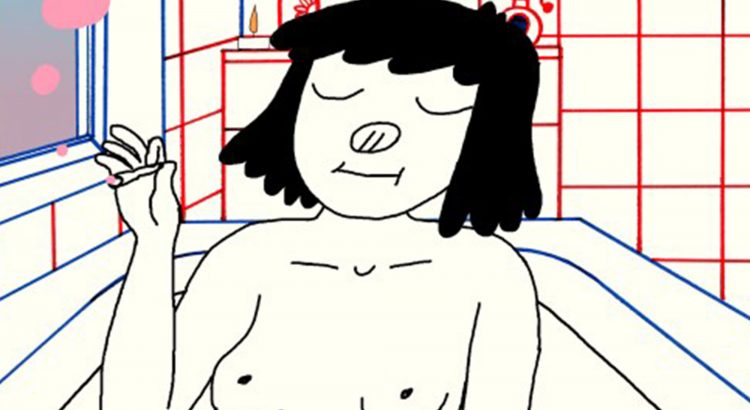 Our final filmmaker in our Stars of Dresden series is Renata Gasiorowska. Having screened at Sundance’s infamous Midnight program, her short CIPKA (“Pussy”) went on to win a Golden Horsemen at Filmfest Dresden.  Describing her short as being about “liberation, pleasure and learning to listen to your body”, find out more about the highly innovative filmmaker below.

Pretty much everywhere, both real life and other art. I keep several notebooks where I put all the ideas, sketches or just single words and sentences.

Fortunately, I don’t do it myself. My distributor, Krakow Film Foundation is doing all this and it’s the best.

“I definitely recommend trying to get a distributor / agent for your film!”

I was usually missing deadlines when I was doing sending my film to festivals myself. Distributor also knows what festivals require premieres and plan the whole strategy. Plus, thanks to KFF I went to some really great festivals, where I would never even try to send my film myself, simply because I would never believe I had a chance of being selected.

I don’t attend all of them, I would not have the time. Seeing my film on the big screen for a first time was a torture. It’s still a torture after many more times. It makes me anxious as hell, I sweat and my heart beats so hard I wonder if everyone in the room can hear it. I like q&as though, which is weird.

Pressure! I made a good film that is successful at festivals and people expect my next one will be good too. It makes me really stressed. I overcome it by telling myself that I’m not a doctor so even if I suck at my job nobody will die.

I’m in the middle of making my graduation film. So, let’s see how that goes…