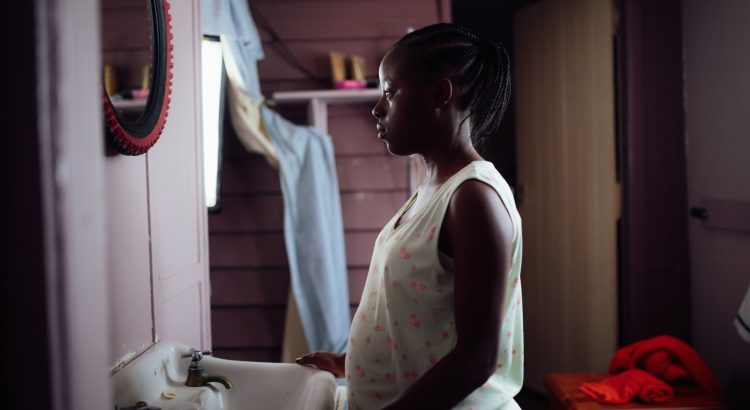 The Sydney Film Festival is one of FFL’s brightest stars, coming to the Australian city every June for a cinematic bonanza. To celebrate, we’ve spoken with some of our filmmakers who were lucky enough to screen at the prestigious film festival.

The Sydney Film Festival shines a spotlight on a number of crucial issues deserving more attention. The short ADELE, directed by Mirene Igwabi and screening in the Dendy’s, is one of those films doing just that. Focusing on the topic of child marriage, it’s an eye-opening and sobering short that took audiences at the festival by storm. We spoke with the producer Grace Julia about the short, finding out some useful nuggets including how she became a producer, their festival submission master plan, and more about ADELE itself…

When I was nearing the end of my second degree, after already going to film school, I was fortunate enough to secure an internship that included working with an inspiring director on what is now a multi award winning short film, Maiden (dir Stephen Kanaris 2012). Although I had already begun producing small projects such as music videos and stills shoot during my studies, it was production managing this film that I feel really launched my career. Since then, I have had the pleasure of working in production teams for both film and television, as well as commercials.

I am also very much inspired by photography and film stills, and often spend hours pouring over blogs on Tumblr.

As a producer, my biggest inspiration is of course writers’ and directors’ stories and the passion they have for them. As a creative and as a person, I am also very much inspired by photography and film stills, and often spend hours pouring over blogs on Tumblr.

In Adele, director Mirene Igwabi tells a story that exposes an issue usually unseen in our society: child marriage is a very real problem that affects young women not only in Africa, but in countries all around the world, including Australia, and by making this film, Mirene and I both hope to give a voice to the girls affected by child marriage.

We researched festivals thoroughly, documentingnot only their dates, submission costs (…) but also their past winners, relevance to our film and general repute.

We have quite a detailed festival plan. Because we are working within the constraints of quite a limited budget, we have taken every step possible to ensure our plan takes every factor into consideration. We researched festivals thoroughly, documenting not only their dates, submission costs and any costs that would be incurred if we were selected, such as DCP creation, but also their past winners, relevance to our film and general repute. We also took into consideration whether the festivals are Academy Award Qualifying, and any government funding initiatives available to attend these festivals. My advice is to be informed, prepared and organized: don’t just enter any festival – make your submission count!

I am currently in development for a feature film, working with Claudia Blanch who was part of the Production team on Adele, for which we have submitted to the WIFT Big Pineapple Film Competition, which is designed to help female Australian film practitioners produce feature length films.