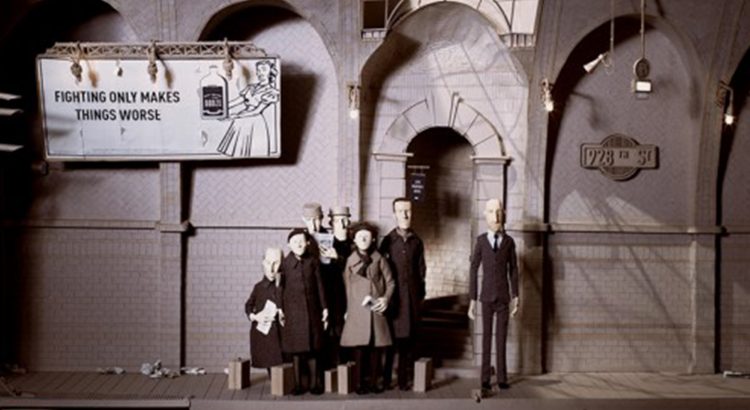 The Sydney Film Festival is one of FFL’s brightest stars, coming to the Australian city every June for a cinematic bonanza.

To celebrate, we’ve spoken with some of our filmmakers who were lucky enough to screen at the prestigious film festival.

Daniel Agdag is a photography student who accidentally stumbled across the world of film. His animation LOST PROPERTY OFFICE has taken this year’s Sydney Film Festival by storm, taking both the Rouben Mamoulian Award for Best Director and the Yoram Gross Animation Award. In addition to finding out more about his wondrous, hopeful film, we found out more about the filmmaker himself and how his innate curiosity led him to the Lost Property Office itself.

The current film is called “Lost Property Office” and it’s about the solitary custodian of a large city transit’s Lost Property Office. The main character Ed is kind of lost like the all the items he is tasked to categorise and shelve. He spends his days restoring broken toys and objects he’s found abandoned in the network of train stations throughout the city. But its also quite clear that no one comes down to the basement office to collect lost items anymore, and because of this it’s become apparent that he’s not going to have a job for much longer either. So knowing life as he’s known it is coming to an end, he makes a spectacular departure. In a broad sense the film is about a rebirth or metamorphosis. The main character is finding a way to take the items that have anchored him for years and repurpose them to set him free. There wasn’t any specific films that I was inspired by but some of the visual cues of the film in fact pay homage to some of my favourite Australian painters.

I studied photography at art school initially and during my studies there I stumbled across the disused film department the school had retired. My very enthusiastic photography lecturer encouraged me to play around with some the film equipment there and that lead to shooting my very first movie on 16mm film. No one will ever see this said film of course, but that was the beginning of filmmaking for me, which then progressed to my studies at the VCA, School of Film and Television and short film making.

I think my curiosity of the world around me is the principal inspiration, but films in general obviously form part of it too. Sometimes it’s as simple as an object or an interior space that starts an idea that eventually takes shape as the film’s narrative. Ultimately its never one thing its always a combination of things that slowly come together and build up to create the entire film.

I try to attend as many festivals as time and budget will allow, because there’s something about the environment at a film festival that introduces you to films you may never see, left to your own devices. It’s also a place to come in contact with so many like minded people which in itself can create lasting friendships and collaborators. Watching your film for the first time on a big screen at a festival with an audience is without doubt a great thrill, especially if you can look past all the mistakes only you can see.

Well, we’re just fresh out of the gates at this point and the film has only recently had its premiere at the Sydney Film Festival and it’s about to screen at the Melbourne International Film Festival in August. We had a pretty amazing time in Sydney, they’re a very generous and accommodating festival and the short film makers feel really looked after. On this occasion we were most gratefully honoured to walk away with two Dendy Awards; the Yoram Gross Animation Award and Rouben Mamoulian Award for Best Director, so I have to say its my favourite film festival.

One of the biggest adversity is finding the means for which to create your work and it can be particularly difficult with filmmaking because it’s so time consuming and expensive. So to overcome this, I’m lucky to have an extremely hardworking and dedicated producer in Liz Kearney whom finds those means.