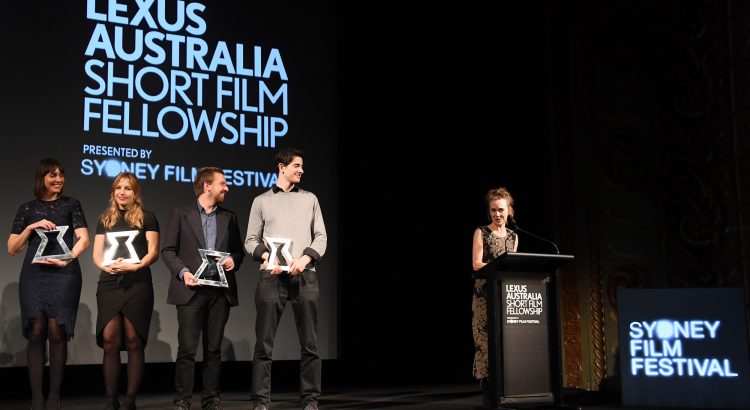 Calling all Australian talents around the world! You have until January 29th 2018 to submit your CV and work to the Lexus Australia Short Film Fellowship, the largest and most generous cash fellowship ($200,000) for short film in Australia.

The Fellowship, launched in 2015, provides a launching pad for the careers of emerging Australian talent, many of whom go onto higher heights in the Australian film industry.

Just check the eligibility requirements and submit your work HERE.

This Competition is open to anyone who meets ALL the following eligibility requirements:
• Must be at least eighteen (18) years old;
• Has never directed a full-length feature film, nor be in pre-production on one, at the time of submission and thereafter;
• Has written AND directed at least one (1) short film (under 40 minutes in length, completed since 1 January 2015) which has been accepted to a film festival AND/OR is a current enrolled student in a film school;
• Can speak and write fluently in English;
• Must not have a pre-existing agreement with a film or television studio that would interfere with or prevent with entrant’s ability to participate in the Competition;
• Available to attend 2018 Sydney Film Festival held between 6 and 17 June 2018;
• Is an Australian citizen.

To enter the Competition potential entrants should visit the Film Festival Life site (- www.filmfestivallife.com/Lexus-Australia-Short-Film-Fellowship-2018) during the entry period (04 December 2017 – 29 January 2018), complete the official submission form, and upload the following required submission materials:
• A personal biography (not to exceed 500 words);
• A short film written AND directed by the entrant that is (i) between two (2) minutes and forty (40) minutes in length; (ii) is in English or has English subtitles; and (iii) was completed between January 1, 2015, and September 1, 2017. The film must be uploaded in WMV, AVI, MP4, or Quicktime formats in accordance with filmfestivallife.com uploading instructions;

• Only one (1) Submission may be made per Entrant.
• Entrants must enter their submissions through Film Festival Life.
• Each Submission must be the Entrant’s own work and must not feature or focus on any material owned or controlled by third parties (unless the Entrant can provide written documentation of permission to use any materials created by a third party).
• The officers, directors, members, employees, and representatives of Sydney Film Festival and The Toyota Motor Corporation, Toyota Motor Sales Australia and each of their respective parent, subsidiaries, affiliates, members, distributors, sales representatives, advertising and promotion agencies (all such individuals and entities referred to collectively, the “Promotion Entities”), and each of their immediate family members and/or people living in the same household are NOT eligible to enter the Competition or be awarded a Fellowship.