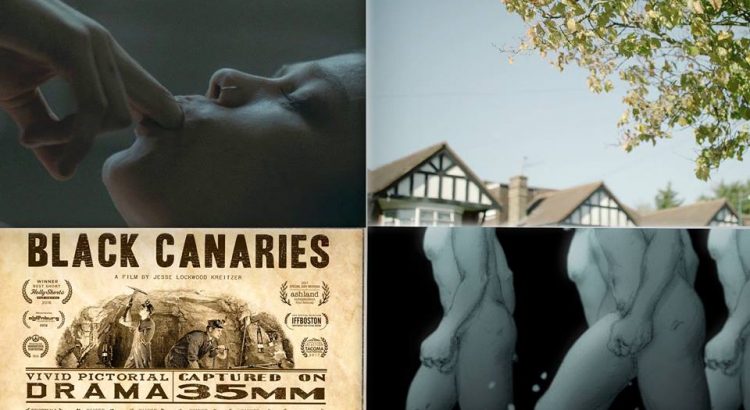 Once a short’s career is over it heads to the land of eternity: the world wide web. We picked some of the most successful shorts submitted on FFL in the last few years, incorporating award-winners from the likes of Sydney, Doclisboa, Hollyshorts, Zubroffka, and Filmfest Dresden. Here’s the best award-winner shorts to stream right now.

When you want: COMING-OF-AGE THRILLER

“Taylah is a rebellious, destitute teen from rural Australian suburbia. After a brief sexual encounter, Taylah must scrape together money for the morning-after pill, before it’s too late. As she hustles for the cash, Taylah is also stuck babysitting a wild and uncooperative five-year-old, Vegas. Taylah’s wits are tested as she navigates a suburban wasteland, determined to not let poverty strip her of her bodily autonomy.”

Won the ARTE Kunstfilmprize at the 2016 edition of Filmfest Dresden

When you want: MYSTERY

Over presents a crime scene. During the course of 9 wide shots, told in reverse order, we witness an intriguing story unfold. What has happened in this quiet neighborhood? A murder, a hit-and-run, an accident? The reality is profound, and deeply unexpected.

Special Mention of the International Jury at Doclisboa 2015 – Submit to Doclisboa HERE.

When you want: DOCUMENTARY

On 18 September 1929, José Régio sent a letter to Alberto Serpa expressing his desire to create a production company and start making films. He asked him to contact a friend who had a film camera. For almost ninety years, nothing more was known about the outcome: no reply from Serpa was ever found and Régio never mentioned the subject again. However, the discovery of some old reels in a collector’s hoard seems to provide the ending to the story.

When you want: HISTORICAL DRAMA

Isolated, desperate, and haunted by his coal-stained birthright, Father continues his daily descent into the accursed Maple mine—even after it has crippled his ancestors and blinded his youngest son. Set in 1907 and based on director Jesse Kreitzer’s own coalmining heritage, Black Canaries is a powerful meditation on patrimony, loyalty, and love.

When you want: ANIMATION

“A few naked women and children are bathing in a river. They are being secretly observed by a group of men, who, at one point decide to approach them, in a violent manner, as if inspired by the behaviour of hippopotamuses.”

:: Message to Man: Russia’s Documentary Festival With A Personal Edge

:: Doclisboa: “a place for films that question themselves, not just what they portray”