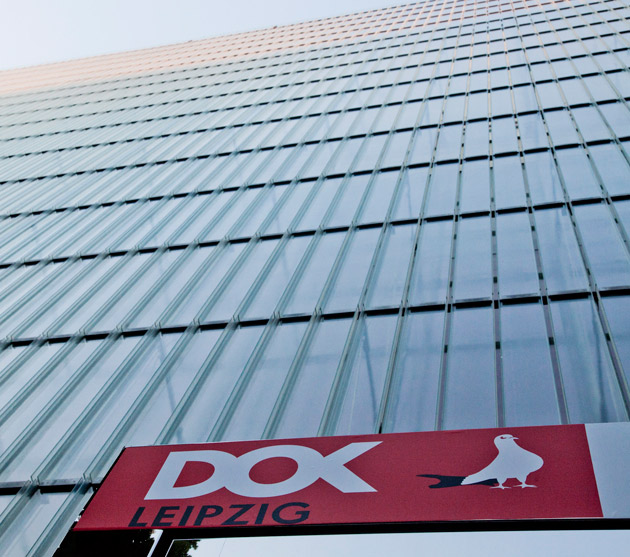 As the oldest independent film festival in Germany, DOK Leipzig is a FFL Festival Member we have longed to speak with since the very beginning. A focus on documentaries and animations is something that singles them out from any other festival in the world. With 37.000 public attendees and 1.400 professionals in 2011, DOK Leipzig has the numbers which prove it‘s international recognition. In short: We love them. Others do too. DOX Magazine once called them one of the three “big players”, together with IDFA and HotDocs. Both traditional and progressive, we caught up with them at their 55th edition celebrations this fall.

Head of Documentary Programme Dr. Grit Lemke and Head of Public Relations Dörthe Winter joined us for a chat.

FilmFestivalLife: Why is your focus on documentary and animation?

Grit Lemke: In the very beginning in 1955, Leipzig was founded as a festival for documentary and short films, thus animations have always been part of our programme and of course of the competition. For good reasons, the festival has never changed this focus. In the beginning of the 90ies, competitions for animations were introduced additionally. With the “Waltz with Bashir” hype and the increasing number of animated documentaries produced within the last few years, animation became even more important for the festival. In 1997, Leipzig started a programme for animated documentaries. Nowadays these films are part of the competitions and thankfully there are many activities to connect documentary and animation makers in Leipzig.

FFL: What are the distinctions from the beginning of the festival until now?

GL: The genre itself and the role of film festivals has changed a lot. We feel a big festival today can’t exist without an industry. What particularly distinguishes Leipzig today from the beginnings, is the role of politics which used to greatly affect the festival in the past. It was a direct reflection of the foreign policy of the GDR government and could only act within these limits. On the other hand, it didn’t have to fight for finances and funding. What hasn’t changed at all for 55 years is a wonderful vivid atmosphere and an enthusiastic audience.

FFL: What can the public and film professionals expect from this years edition?  Do you have special guests or highlights?

GL: Retrospective 2012: MESHRABPOM, a German-Russian film studio that produced a huge number of films in the 30ies, among them avantgarde documentaries, animations and classics like Dziga Vertovs “Three Songs about Lenin” (in cooperation with Berlinale). 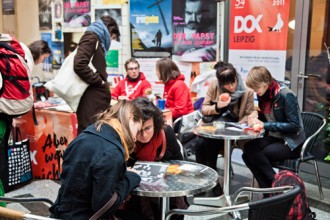 FFL: Together with the Czech training program DocIncubator you´ve launched a new initiative. What is it about and who can participate?

Dörthe Winter: The DOK.Incubator workshop launched with the DocIncubator initiative in cooperation with CIANT (International Centre for Art and New Technologies), is a new training initiative which aims at fostering the European non-fiction industry by enhancing the quality of creative documentaries and supporting their distribution. This includes the use of new media. Directors and producers with a documentary in post-production stage, are able to get input for their rough cut as well as fresh ideas for the international release. They are also invited to professional advice on creative distribution and marketing strategies of their film. The results are then presented at DOK Leipzig.

The workshop is open to European producers with a promising international project. You can join the workshop either as a regular participant or as an observer. However, for this year the application period is unfortunately already over.
Selected projects 2012…

FFL: How important is marketing itself to a well-established film festival like DOK Leipzig?

DW: New, strategic marketing is essential for us, even after our 55 editions. This of course should be directly aligned with the ever widening variety of other marketing potentials. Our festival offers opportunities to discover qualitative information about high-quality documentary and animation films and get connected to the film industry. We are always expanding our research to grow filmmakers.

FFL: In the field of marketing are there particular activities not taking place anymore because of the social media instruments?

DW: No, these instruments are a wonderful addition to traditional marketing activities. It’s all about a question of the mix.

FFL: Which role has Social Media for promoting the festival? Which channels do you use and why?

DW: The use of social media tools is very important for our public relations strategy. We appreciate this, especially as flexible options for information processing, which lends itself precisely to audio-visual content. On Vimeo it is possible to watch records of past events in our program that you might have missed during the festival time. For example, a master class with Jürgen Böttcher from the year 2011. Facebook allows us direct contact with our audiences on a personal one to one level. While Twitter allows us to quickly communicate news and topics with relevant information to all documentary and animation film fans. Here at DOK Leipzig, we really try to understand how the topics discussed can be of great interest to people outside the week of the festival. 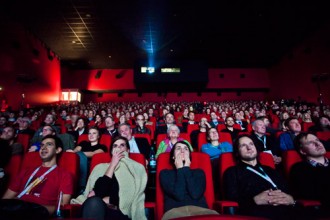 FFL: Do you think festivals will develop towards online festivals vs. offline?

GL: No. Because of the real life experiences offered, I feel that offline venue festivals will become even more important.

DW: Even if events take place increasingly on the internet, I do not perceive any trend towards digitization of festivals. The special feature of the festival experience on the site can not be replaced by any monitor or smartphone. Rather, in my opinion, the significance of those places where you can meet will rise.

FFL: What do you wish for the future of DOK Leipzig?

GL: That we’ll manage to stay artistically independent in times of declining funding in the culture and documentary sectors.

FFL: Do you have a message for FFL Filmmakers?

GL: We would love our filmmakers to be aware that we really do care for every single film submitted. It will be watched and discussed. Besides your submission, there are 2.999 more, with only 100 slots open. It doesn’t mean that we don’t like your film or don’t love you, if we are not able to invite it.
However, don’t give up! Stay with artistic grounding in documentary and animation. It really is worth it.

Thanks to Grit and Dörthe for their openness.

If you want to be part of this awesome film festival with your movie take your chance to submit to DOK Leipzig – latest deadline is July 10!

Note: Many answers have been translated from German to English for FFL international readers.

Nadine Baethke is the Festival Liaison Director and co-founder at FFL. Her film training is grounded in AV media Science at the Konrad Wolf Academy of Film and Television, Potsdam. Her editorial background includes positions as Sports Editor of RBB, Berlin, Editor at the Galileo TV science magazine Pro 7, Berlin and a degree from the Journalism School of Berlin. Reach her at nadine@filmfestivallife.com

One thought on “DOK LEIPZIG – The Documentary and animation festival forum”