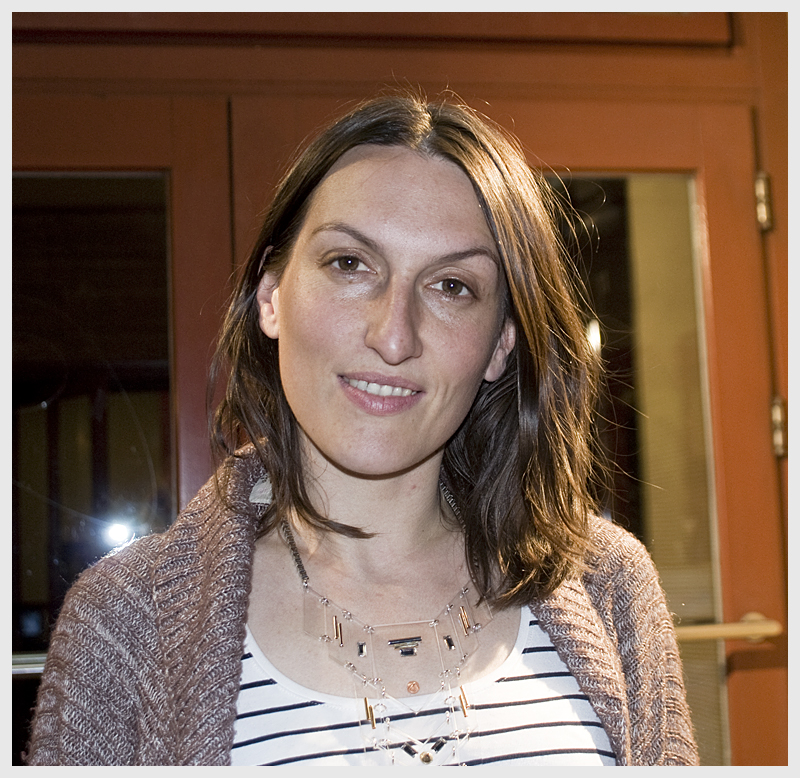 Couchsurfing. Of course you have heard of it but have you gone forth, taken the risky hike and tried it?

Through the documentary GLOBAL HOME, filmmaker Eva Stotz gives a close insight into the experiences in traveling this unorthodox way. A co-production of Sabotage Films, ZDF – Kleines Fernsehspiel and supported by Medienboard Berlin-Brandenburg, this documentary had its premiere in 2012 at the hugely celebrated South by Southwest Festival in Austin, Texas. Since then, GLOBAL HOME has travelled festivals in San Francisco, London, Sofia and most recently last week in Berlin in the competition section of achtung berlin – new berlin film award.

No stranger to the documentary medium, Eva was awarded the German Television Advancement Award with her former documentary SOLLBRUCHSTELLE in 2009. Through GLOBAL HOME she completed her studies in directing at German Film and Television Academy Berlin (DFFB) in 2012.

Following the screening we were somewhat euphoric, eager to set off on the road to see distant places. Before this, we organized a sit-down with Eva Stotz to speak to her about her film’s festival life. This is our conversation in a busy cafe adjacent to her second screening at Babylon Berlin:

Jana Dietze, FilmFestivalLife: Why did you choose South by Southwest for the world premiere of GLOBAL HOME?

Eva Stotz: I wouldn‘t say I chose them, I think they chose me. After finishing a film, it‘s all about sending out DVD‘s and all that and beginning to hope that film festivals will take your film. I think for SXSW it was German Film who did the submission. They are very strong in their point of view on this festival; they had their own booth at the festival in Austin. SXSW was actually the first film festival who responded with a positive answer. The festival really wanted the film and the contact with the festival was great. So I had the feeling there is some link from my film to the festival. This was the reason I totally agreed to show it there. After we did some research, I realized this festival is such a fantastic platform! It‘s the second biggest festival after Sundance in the independent sector. Couchsurfing is from America so I thought this will get quite a good spread for GLOBAL HOME.

Have you recognized some positive ‘results’ due to premiering there?

In general, SXSW is a good festival to say: ‘I started in SXSW’ because people are all like ‘wow’. I could even say some festivals might have invited my film because of this. But in terms of attention and quality of discussion, it was very poor. 40,000 people coming into the town and so much is going on: interactive and film and music and everything else. That make it so so hard to struggle for attention. Naively, I wasn’t prepared. I created a Facebook site two weeks before the festival, I didn‘t have Twitter and I didn‘t even have a smartphone so I felt like a dinosaur. I really learnt how important online promotion has become, that it is necessary to create events online and how we need to be very, very active in making our films the subject to be talked about.

How high do you value the importance of film festivals?

I think a good festival ‘start’ can do a lot for the distribution for a film. If you immediately win a prize, your film will grab distributors’ attention. Film festivals give strong signals to the distributors and if your film is doing well in cinemas and in the newspapers, this will usually be a door opener for a distribution deal.

What festival was the most important one for your career so far?

Visions du Réel, where I attended with my film SOLLBRUCHSTELLE, was very important for my career. It is small and you really get to know the people who are attending personally which in terms of networking, was really good. I didn‘t win anything there, but I got a Special Mention and this already helped to push the film outside into other festivals.

What do you think about Achtung Berlin? Is it too local to create major opportunities?

To be very honest, I arrived two days ago from my last shooting and I haven‘t spent a lot time here. I live in Berlin and it is true, the reception of the festival always seems a little bit ‘local’, but not in a negative sentence with boring films. I think there are a lot of interesting films and productions going on in Berlin and the surroundings. I think when you hang out here everyday, you get to know a lot of people and for me, this is always a positive impact of a festival. I really like this family feel. 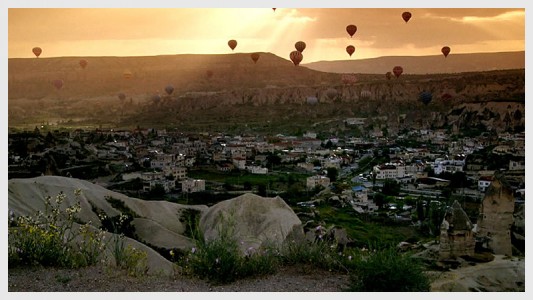 How are you traveling to the festivals you are attending? Are you using Couchsurfing?

Yes, in Austin, I did Couchsurfing, in London also privately. I love the concept and I had done Couchsurfing long before GLOBAL HOME. Mostly film festivals invite you and book you a hotel but not Munich, which is my next festival. So I will ‘couchsurf’ privately with friends. The next documentary festival in Warsaw is organizing a hotel.

How important do you think the Internet is in a global festival world?

It‘s really time-consuming to feed all the different channels, but it is worth it. It has become so important in the last years and with GLOBAL HOME I could really see how important the Internet is. I am now doing online distribution with Distrify which is kind of player you can implement in all you different websites and blogs. There is so much going on that it is very important to make a step forward to the audience and doing this online is a very easy way.

Tell me about your new project ONE MILLION STEPS.

ONE MILLION STEPS is about a tap dancer who is coming to Istanbul without speaking the language. It‘s a film about the universal language of rhythm and music; where we all connect. This one was really rock and roll! I didn‘t want to go the long process of waiting like for GLOBAL HOME with the ZDF. After I met the dancer, I really want to do it straight away. I started a crowd-funding campaign on Indiegogo and I financed it with private sponsors. It‘s a super low budget project, made on only 7000 Euro but it is really refreshing experience working together with people who are all doing it for the passion of the film. Of course you cannot do this with every project. It was quite a liberating experience after a long time with GLOBAL HOME.

What is your advice to other (documentary) filmmakers?

1. Don‘t be disappointed if you get a lot of rejections from film festivals because this is more and more the case, especially in documentaries.

2. Keep on looking for your audiences – I am sure you will find them!

3. If a very small festival wants to show your film for the very first time – don‘t be disappointed about that either – make the most out of it. It‘s not always all about an ‘A’, ‘B’, ‘C’ festival; the personal connections with the people at the festival is what counts and can really help you and your film.

Towards the end of our chat, a girl came to our table and asked Eva if she is the Eva from GLOBAL HOME because she did some translating for the film – they had never met in person before – only on the Internet. I thought about how once find yourself in the circuit it seems more like a festival village with people traveling around together like Eva in GLOBAL HOME – this small, nomadic festival village. Our next festival trip with FilmFestivalLife will make the most out of this wonderfully rich, free network they call Couchsurfing. Now, its your turn.

If you want to learn more about Eva and her filmmaking process, she is doing a 5-week Documentary Foundation Certificate for Raindance Berlin at the end of May.


GLOBAL HOME will be screening in the German television ZDF this fall.

2 thoughts on “EVA STOTZ and her GLOBAL HOME: The Festival Circuit with a Couchsurfing Documentary”