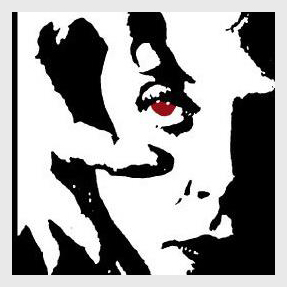 Selecting films for an underground film festival comes with a more open perspective than festival programmers usually imagine. Katherine Berger, Festival Director of the 9th Sydney Underground Film Festival, wants films with an edge.”[…] just look at our past programming and know we aren’t the one to program your polite, heartfelt Bambi pic!’ We talked with Berger about underground films, the indefinable Sydney Underground vibe and why you should definitely submit your ‘Could-get-you-arrested kinda material‘ to their festival.

Jana Dietze, FilmFestivalLife: What are you most excited about for the 9th edition?

We get excited about the films that are out there and seeing what kind of wacky, clever and creative indie productions will come our way. It’s a great feeling to discover new films or be in such a privileged position where you’re blown away by experimentation…or sometimes stupidity! We have some new program strands we are working on – but a little early to be locked in just yet and a potential new screening space on site at our venue. This could mean more programming time, whether it be more films or potentially more talks.

Do you have any advice for filmmakers – regarding their festival strategy?

Make sure you don’t waste festivals time and, more importantly, your own time submitting to festivals that are not the right fit for your film. For example, just look at our past programming and know we aren’t the one to program your polite, heartfelt Bambi pic! In regards to your film: before you submit it, make sure it’s the best cut it can be.
You must think about your audience – always. Filmmaking should not be vanity projects – be concise in your storytelling and editing and make sure the aesthetic appropriately matches the content or story. Make sure your film is not a 20-minute cut, when really it should only be 6 minutes – festivals can program a 6 minutes film much easier than a 20 minutes one.

What can filmmakers expect from your festival?

Awesomeness! Seriously, we hope we can provide a fun experience if they are able to attend in person. Also that we try our hardest to program a cohesive and entertaining program – including films that no one else will dare screen. We make sure we pay a good publicist to promote the festival and the films the best they can. We aim to provide filmmakers and their films with suitable audiences, who will appreciate and enjoy the films on offer.

‘Underground’: What does it mean? When is a film underground?

This has meant a lot of different things during the course of history, so for us the spirit of the underground means we try to be as daring and as leftfield as we can be. Subversion, provocation may definitely come into play, but at the heart of it, it’s about the DIY and independent spirit of filmmaking and operating outside of the mainstream. A film can be underground whether through its form or its content. Its become quite a fluid term really, especially as we have moved into the digital era.

Why do you think filmmakers should submit online – through FilmFestivalLife?

FilmFestivalLife is a great system – easy to use, reasonably priced and it means no DVDs or paper for festivals.

Submit to Sydney Underground on FilmFestivalLife: