Crowfunding platforms have changed the game of film funding. The possibility to go online and ask your friends and followers for money has revolutionized the process of film financing. So far, in America, it’s been arguably more forward thinking than in Europe. Even well-known American directors such as Zach Baff and Spike Lee raised considerable money with a crowdfunding campaign to get their project’s rolling. In Europe however — it’s still in its initial phases. 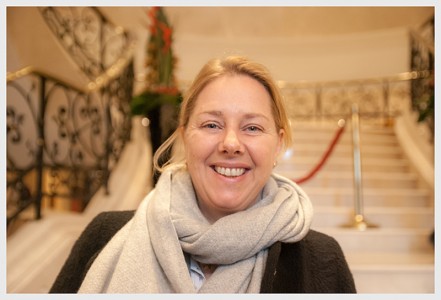 For Miranda Fleming, Indiegogo‘s Head of Film and Creative UK, crowdfunding is one of the best ways to finance your film and to build a relationship with your audience from the very beginning. We met Fleming at the Berlinale and she gave us some valuable tips on how to successfully start your crowdfunding campaign, how it’s changing the distribution game and why film festivals are still important for a fruitful film career.

Jana Dietze, FilmFestivalLife: Before filmmakers start a campaign, what should they do?

Miranda Fleming: I think the biggest thing you need to think of is your audience; who‘s gonna come and fund your film. For short films you can work around it, because you can just do a very well presented campaign and share it with everybody you know. But particularly with films looking to raise a lot of money, it‘s even more important to find your niche. And if there’s enough funding within the films’ niche. So, find your niche audience – they are easier to mobile than a cinema-going audience.

Before you launch you need everything that you usually need to launch a film. But you should be doing all of this anyway. Then there’s setting up your social media channels for marketing: a Facebook page, the Twitter account and what we call ‘key art’ which is the art of your marketing campaign, which could be used very creatively. This all helps to brand your film for your audience. The Facebook page should probably set up at least two months before you think about crowdfunding. When you launch the crowdfunding campaign that is going to be your main marketing tool – without spending any money!

You also should have an ‘inner-circle soft launch’, where you bring your team together. About a week before you go public on Twitter and Facebook you engage with your inner-circle and ask whether there is anything they want that they can get exclusively first! On the one hand you are asking for money, but on the other hand you’ve collated some nice perks for your campaign donors. The more that you can give away that’s creative and interesting the better. That makes it a little bit easier than purely asking for money, because there is something which is nice for them to pick up.

You joined Indiegogo UK last year in October. Can you already tell me about any trends in crowdfunding?

I think a lot is directly related to the breakdown of the distribution model and that‘s happened for the last couple of years in the UK. On Indiegogo we have the most crowded UK film on any platform — they raised 310,000 Pounds for an eleven minute animation film. It was made by a filmmaker who had released a lot of his content on Youtube for over two years — for free. He was making small one minute animations and then when he asked his audience for the big money for his eleven minute animation, they all came in and funded him!

I think this is an interesting case study for short filmmakers to think about. Of course the festival run is very important for a short film. However, I think, as there is no money anymore in selling short films, you need to come up with a date and then think — ‘I need to gather the audience for my short film and put it online, because if I make one more short or I move to a feature film, the audience can come in and help me raise funds for it’.

We had a short film called LITTLE FAVOUR starring Benedict Cumberbatch. The director wasn‘t well known, but Benedict was a big fan of his work. They wanted £25,000 to make a short and they got £90,000 in four weeks. For a short, I think that‘s amazing. It makes me feel if there was a feature film equivalent with an actor like Benedict Cumberbatch in it, we might be looking at what has happened in the States, where a similar campaign can bring in one or two million Euros! But you will need that famous actor for a scenario like that.

What is the best genre for crowfunding?

I think it really depends how clever you carry out your campaign for your niche audience. Every genre is different – I think even if you come up with a sci-fi campaign, it doesn‘t mean that everybody will just jump on board. But, it’s different if you come out with a sci-fi campaign like IRON SKY who knew their audience inside-out. They knew exactly how to bring out the fan base of sci-fi. IRON SKY raised over $100,000 by offering extra roles in the film. Rather than being lazy and saying ‘it’s 500$ to be on set for the day’ they broke down all the roles. I think that will always appeal to fans, because it‘s a lifetime thing for a film fan. Nothing works every time, but I think it‘s up to the innovation of the producer or the filmmaker who is doing the campaign and how they carry it out.

That thought about giving back something special is essential, because in two years most indie filmmakers will be faced with the new distribution model. As will the distributors and everybody has to work together to make it work. That’s really great. I’ve been at the Berlinale only a few days and I’ve already had two film campaigns that have have come to me from sales agents. I think it’s a really great moment for film, that sales agents recognize filmmakers in their early stages. They realize that there’s a huge benefit in finding an audience in the early stages, because it will help the distributor and the sales agent.

With crowdfunding and VOD; why do we need film festivals?

I think you always need film festivals for discovering possibilities. Nowadays it‘s a very special culture in film. Film festivals are also very necessary for filmmakers, because they go on a very special journey at them. The day that you cannot see your film as a filmmaker on the day it premieres at a festival is a very sad day indeed.

The only thing that will start changing are the windows of VOD. But even when films play online, that doesn‘t mean that people then won’t go to the cinema anymore. I think there will be more and more films over the next few years that will try out all the different models. But, oh no — there is no film industry without film festivals. We all believe in that!