Thessaloniki has it all. Great gastronomy, sultry weather and a dynamic history spanning the Hellenic, Roman, Byzantine and Ottoman empires. 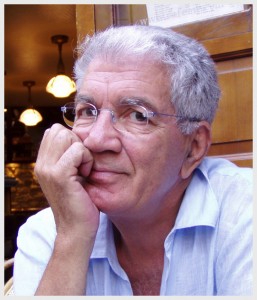 And Greece’s second city also has the THESS International Short Film Festival every October. An annual event devoted to the most cutting edge of cinema, it’s a festival not to miss out on. We spoke with their Festival Director Yiannis Zachopoulos about what to expect from their next edition, finding out in some short snippets why you should submit to a festival that treats its filmmakers like “family”, and is after innovation, whatever the budget…

This year we have an emphasis on “the family of man”….the human element is key. These will from not so well-known but talented directors that we feel will reach the highest recognition and honors in their filmmaking career.

You can expect a warm, friendly environment when you attend THESS. We consider all our participants to be part of our “family”, and they are filmmakers that are expanding their horizons with selected films from all over the world.

Being a relatively small and low-budget festival, we have to be extremely careful about our selections – as our commitment is to show the highest quality and most cutting-edge films there are.

The most important thing is the scenario, whether the film is 2min or 35min long. We want an unforgettable story, showcasing the “unexpected”, with one or two twists. Convincing performances by all the actors involved is also important. Remember, amateur or overacting spoil everything. A good DoP is also extremely nice to have, but just a good DoP is definitely not enough at all.

When you make a short film, every second counts! Have an unforgettable story and use convincing characters and actors. Fuck the budget – we have seen little gems done with JUST 50 euros…

Everything in short filmmaking is getting better every year, but isn’t this natural? But with regards to Greek filmmaking – it’s lacking imagination and support.

FilmFestivalLife is the most complete and comprehensive platform I have seen. It’s extremely well-designed for directors but especially for festival programmers and judging committees.