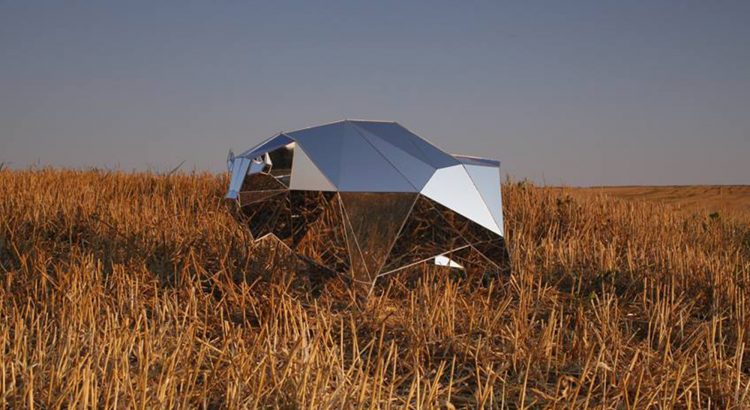 The bison is back. Zubroffka is back for another edition with its famous mascot, its legendary parties, and last but no means least – its cutting-edge film program.

With a mission to offer diversity and variety in their film selection, the festival, located in the city of Bialystok on Poland’s very Eastern border, is looking forward to its 12th edition this December.
We met with their Artistic Director Maciej Rant to discuss their upcoming edition – finding out about the two cities they will showcase, what’s going on in Polish cinema right now and why it’s one of the most hospitable festivals around…

Maciej Rant: ZUBROFFKA is always about films, we’re crazy about them – this year we will do a special programmers portraiting two cities: Beijing and Reykjavik and of course, we will come back with our cult selection of Midnight Shorts. Another side bar programmes includes “Eastern Pleasure” presentations of best eastern European Films. We will also present a special triangle-cooperation programme called TRUST ME – carefully selected 3 programmes together with VIS Vienna Shorts and Uppsala International Short Film Festivals. And of course… we will be slowly announcing our infamous and strong music line-up.

AW: What types of films are you looking for?

MR: It’s hard to say, we usually say – just GOOD FILMS. We’re interested in everything which is interesting for us, intriguing, contemporary and most important – honest. We look for honest films, which don’t pretend to be anything else. We’re also privileged to have a big number of submissions and have a variety of choices, but at the same times – it causes quite big conflicts between programmers on a selection, but we’re still friends.

AW: What are the trends in Polish cinema that you have noted lately?

MR: It’s kind of a golden age now – tons of funding opportunities created a good enviorment for filmmakers. Films has strong production values. They do travel to international festivals (including two Polish shorts premiered this year in Cannes) and they’re winning hundreds of prizes all over the world. Working in shorts give as an opportunity to spot talents before they go big. We have also a number of examples of filmmakers who’s been present at ZUBROFFKA and now they walk red carpets with their feature films. It’s an honour to watch their development and introduce these talents to our audience.

AW: What advice would you give to filmmakers for submitting?

MR: Always look on the bright side of life!

AW: What was your favorite moment from Zubroffka?
MR: Three years ago, as every year, we had a very looong party after the award ceremony. It’s was quite cold (we’re located in far east Poland). When the venue was closed, organizers and all filmmakers started to do snow eagles and continue party in the snow as no one wanted to leave. It was a REAL chillout.

Podlasie is a very special region and very well known for its hospitality. We’re doing the same for our guests – we don’t believe in professional networking, one-on-one meetings and serious panel discussions. We want to create a platform to make friendships as the best films are made with group of friends. We have a green carpet. We had a hangover panel discussion where we asked participants to go with us to the park and hug trees a little bit and we warmed them up with a local homemade booze. We don’t want to see filmmakers standing alone in the corner at our festival and we don’t have that. We’re very proud of this.