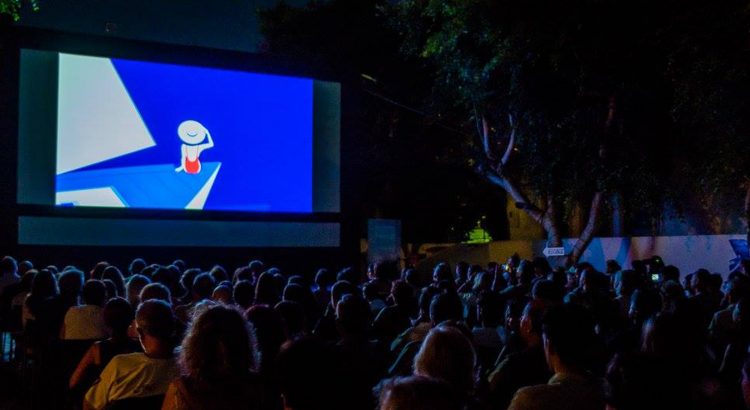 There’s big changes afoot on the Greek film festival scene. Previously known as the International Film Festival of Patmos, the Aegean Film Festival has emerged, extending their reach to include more of the islands.

We interviewed their Festival Director Babis Tsoutsas for the lowdown on the switch and why filmmakers should submit to the festival currently open for submissions on FFL. If you needed any convincing to submit to a festival on a Greek island in the first place…

Andrew Wilkin: What led to the rebranding of the festival?

Babis Tsoutsas: Seven years ago an international film festival was born in Patmos by a group of friends and colleagues who believed in a shared vision; to turn the island of Patmos into a meeting point for filmmakers from all over the world. The supporters of this vision helped to establish the festival, amidst the most difficult economic period that Greece has gone through in its modern history, proving to the new generations that with creativity, passion and a common goal they can achieve anything.

Now after the successful first 7 editions, we decided to unfold the sails and reach wider audiences, explore, travel and bring our program to one or two additional Aegean Islands. This is a very exciting move for us – expanding both the duration of the festival, the audiences we can reach, and the hyper-relative focus of cinema for each island.

BT: During the 2017 edition, the biggest change was, of course, the rebranding of the festival. The Aegean Film Festival is expanding and beginning a series of collaborations with other film festivals around the world in order for filmmakers and their work to be promoted to as many audiences as possible. We believe in collaboration, not competition.

Also we introduced a new program called “Echoes” which will focus on ecology, educate the young audiences and generate actionable plans to help protect the Aegean environment.

AW: What’s types of films are you looking for?

BT: We are looking for feature fiction, documentary and short films with unique storytelling and independent voices that promote the art of cinema or the pressing stories of our world.

BT: Greek cinema is maturing and we have independent voices that approach philosophical and social issues in a unique “Greek Wave” of cinema.

AW: Any tips for our filmmakers submitting?

BT: Submit early! Our programming teams do our best to watch every film submitted but the first ones that get our attention usually have more chances to fill places in the program or even affect the thematic of each years edition.

Also have a specific plan for your festival submissions, maybe start “small” and include your participation, screenings or awards collected from around the world to every new submission you make. Overall, festivals trust other festivals.

BT: The best moment is when the people are getting out of the venues with a spark in their eyes and thanking us for bringing unique content to the islands and the filmmakers interacting with the audiences.

Every year our crazy stories include the many varied ways people use in order to arrive to the island, including hitchhiking sailing boats, zodiacs, helicopters, and every time the hospitality team is coming up with new crazy ones. For example, once we had to stop the ferry at the port to wait for a filmmaker arriving on a delayed flight. We had to call the ferry company, the port police, the captain and convince the passengers to wait for the sake of the festival.

Also we love the moment when some guests, just the last minute, decide to miss the boat and stay more days on the island; those are incredible memories and strong friendships come out of them.

AW: What makes your festival special?

BT: This festival is special and precious because we fully embrace the experience of cinema, and try to deliver that to our audiences. Our purpose is to celebrate cinema, not to classify it through competitions or separation between the audience and the filmmakers. We prepare screenings, events, seminars, and workshops whose fundamental goal is to inspire emotions and appreciation and promote the work of filmmakers as we believe that festivals consist of an alternative way, for independent stories to be heard.

Also our Aegean Sea and Greek islands setting doesn’t gives the festival a mystical atmosphere!
Watching beautiful cinema under the stars together with the filmmakers and diverse audiences from all over the world, encouraging discussions, sparking ideas and creating friendships or collaborations that continue in the winter months, that is what the Aegean Film Festival is all about.

Submit to the Aegean Film Festival on FilmFestivalLife: