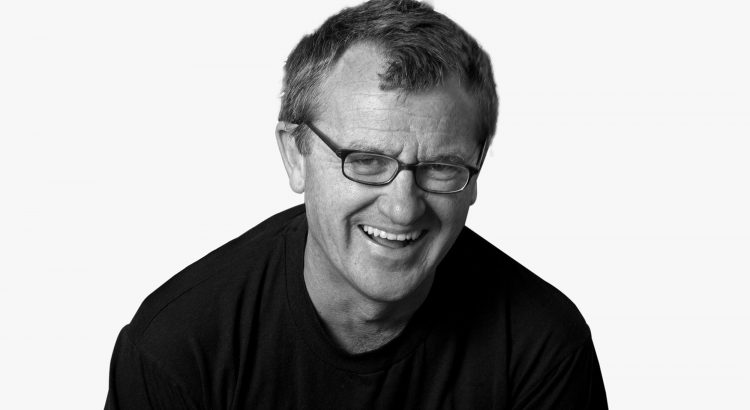 The Artistic Director of the Antalya International Film Festival Mike Downey discusses the new direction for the 54th edition, the well-regarded Antalya Film Forum, and the challenges he faced in his inaugural year at the helm of the event.

The revamp of this year’s Antalya International Film Festival was the hot topic on the mouths of the industry revellers attending the event. Previously with just a regional focus, the festival expanded with its International Competition this year, including international festival hits such as THE FLORIDA PROJECT (Sean Baker), ANGELS WEAR WHITE (Vivian Qu), APRIL’S DAUGHTER (Michel Franco), HUMAN FLOW (Ai Weiwei), and REDOUBTABLE (Michel Hazanavicius) in its program. That’s not to mention a clutch of celebrity attendances  at two splashy ceremonies, with the appearance of Lindsay Lohan getting tongues particularly wagging.

What was behind this change? We caught up with Festival Director Mike Downey at the festival location in Antalya, the festively lit Kulturpark, to find out more about the revamp of the festival and how he dealt with the numerous challenges in scaling a film festival into international waters.

**Interview was edited for brevity

Andrew Wilkin: How did you pivot from theater to the film business?

Mike Downey: I used to be a theater director and I worked using a curious stripped back style. In the end my shows became so minimalist that it was usually just a couple of guys in jogging pants and red noses! In some way I directed myself into a corner. Instead, I chose to produce movies on a grander, multi-level scale and in the last 16 years I’ve made over 60 movies!

AW: What about your history with running festivals?

MD: As a producer with a large body of work, I’ve had films in every major international film festival. This gives me a unique insight into how and how not to run festivals. I’ve always curated film seasons and events beginning with one of the biggest seasons of Yugoslav cinema ever mounted, held at the British Film Institute. I then founded what turned in to one of Croatia’s biggest cultural events, the Motovun international Film Festival – of which I still am the President.

I was also Artistic Director from 2014-2016 at the Pula Film Festival, which hosts Croatia’s prestigious national film awards. In that time, the festival regained the international recognition that had eluded it since the post war period. Whilst the quality of domestic features was uncontrollable – I pulled together some of the best international selections ever seen in Pula.

AW: Now you are working with the Antalya Film Festival, which last year was regionally focused. What were the difficulties in expanding to an international edition?

MD: We started work two months ago, meaning this was like working with one hand tied behind your back.  The Turkish festival scene is a very competitive one and we come smack bang in the middle of two major Turkish events.  But in Europe around 1500 films are made every year. There’s definitely enough to go round.

Our advantage is that as a producer I am very connected to talent directly so that means we can have privileged access to films. The festival exists to serve the audience of Antalya and the city of Antalya – and I wanted to put the films, the international competition filmmakers and the audience at the absolute heart of what we are doing. In a sense the festival IS the audience. When we first set out our plans for the 54th International Antalya Film Festival our ambitions were driven by three key buzz words: global, quality and selectivity. Global in reach, with the highest international standards and a philosophy that less – meaning highly curated – is more. Quality over quantity. 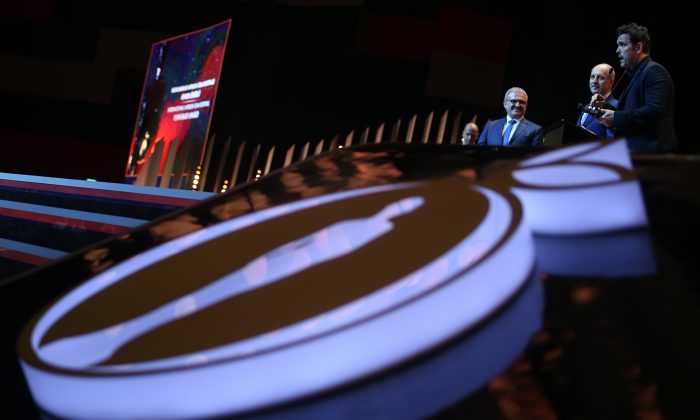 AW: Can you tell me about the Turkish films in the competition?

MD: All of the films in the International Selection are Turkish Premieres and we are very proud of the fact that three of the films selected are World Premieres.  I think it’s very important for the festival to tune in to the global zeitgeist – in particular given Turkey’s unique position between East and West. Cinema is a reflection of the society and the world in which we live. Thus, the dominant theme of this year’s festival that has emerged naturally is the refugee crisis, which clearly reflects the main fault-line of the 21st century, also well as the key and highly responsible role that the Turkish nation has played in it to the service of the rest of the world and the people in question.

There are 4 films in this year’s selection which are driven by the powerful story of the refugee crisis that is not just being faced by Africa, Syria and the wider Middle East. It’s one which the whole world is facing, to which some more than others are stepping up and playing their part.

AW: Which Turkish films dealt with the refugee crisis?

We are very proud to have a Turkish-Bosnian co-production opening our international official selection: Never Leave Me, directed by winner of the Cannes Semaine de la Critique Grand Prix, Aida Begic (Snow and Children of Sarajevo). Never Leave Me is a story about pain, the search for meaning in life and friendship of orphaned Syrian boys – Isa, Ahmed and Muataz – who live a difficult life as refugees in the magical, mythical Turkish city of Sanliurfa. In their search for recovery from traumatic past, the children will cross the path from destructiveness and hostility to meaningfulness and love.

A second Turkish film with exceptional qualities of compassion, tenderness hope and determination has also been selected for the international competition and that is The Guest written, directed and produced by Andac Haznedaroglu. The film is a first-ever Turkish-Jordanian co-production and like Never Leave Me, also received the backing of the Turkish Ministry of Culture and Tourism.  Jordanian actress Saba Mubarak plays Meryem, a Syrian woman fleeing her war-torn town in the company of 8 year old Lena and her younger sister, the children of neighbours who have perished in the fighting.

AW: Why is there no short film section?

MD: This year we went by the philosophy that less is more. And short films are adequately handled in the Forum – which is more useful. Who knows if there will be one in future? I don’t rule it out.

AW: Running concurrently to the Festival is the Antalya Film Forum. What does it offer, that other forums/talent campuses do not?

MD: As a prolific producer in my own right, I look at the Forum and I see extraordinary opportunities in the Turkish industry for projects in development, for student works in progress and short filmmakers. I also see it as a hothouse for the bringing to the forefront the best talent and the best of the future of Turkish cinema. The festival screens the best Turkish films in its international competition. They will screen alongside the best in world cinema and stand shoulder to shoulder with the best of the best. The Forum is the incubator where valuable experiences and lucrative prizes for development and post production are supporting the filmmakers. It is also the catalyst for some early interaction with the international film industry.

The Forum has a wide range of potential co-producers, sales agents, broadcasters and other international industry figures who can get involved with Turkish filmmakers at a very early stage and drive the international aspect of Turkish production – something on the whole that has been fairly limited to-date. This year we have added the Antalya Support Fund for films shooting in and around Antalya, whilst there is also a Projects Looking For Producers Platform that will start this year as well as a short film works in progress. This is an area of the festival that for sure is a driver for the Turkish industry within the international market. 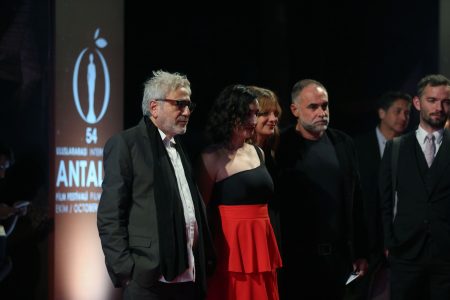 AW: What has been your personal highlight of the festival?

MD: Meeting the Syrian refugee cast of Aida Begic’s NEVER LEAVE ME – these are the TRUE celebrities of the festival.

AW: What are the aims for your future editions?

MD: Via its curation of the next generation of film makers, by its recognition of the great masters of Turkish cinema, and by including the best of contemporary features and allowing them to compete as peers alongside the best in world cinema, the Antalya Film Festival is providing the Turkish film industry with the proud place that it deserves on the international scene. One in which it competes as an equal player with the best of world cinema, not just playing home games against itself.

AW: Let’s end with some tips for our filmmakers. What’s your advice for filmmakers wanting to get their films into festivals?

MD: Make a good film. It’s tough out there and if you want to compete with the best – you need to produce world class work.

Andrew Wilkin was invited by the Antalya International Film Festival to cover the festival for FilmFestivalLife, who covered flights, accommodation, and festival accreditation.