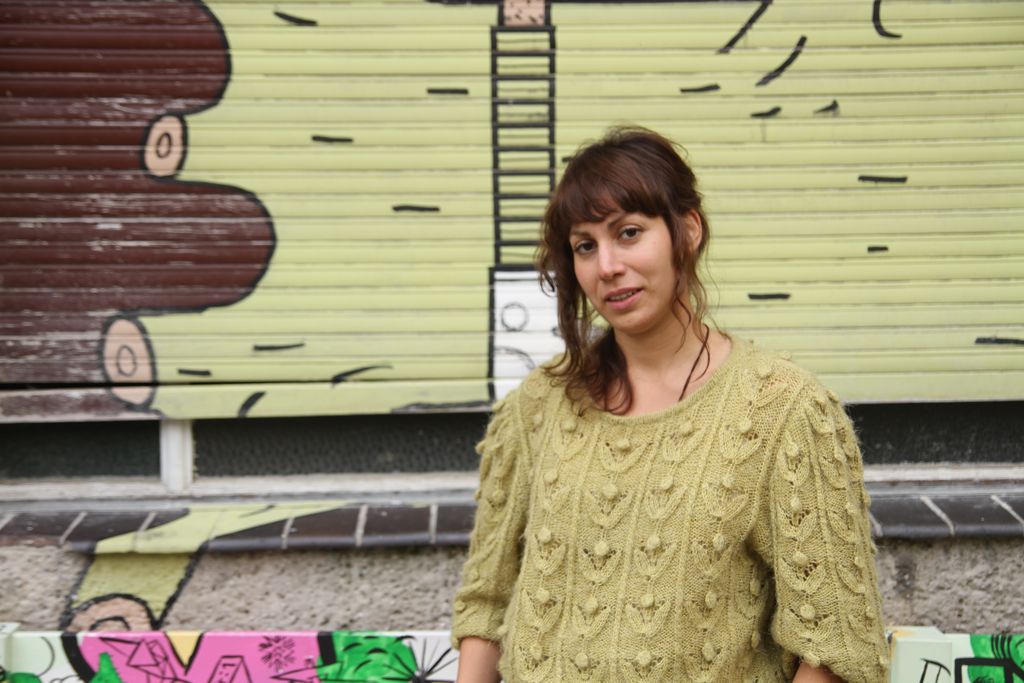 We would like to introduce you to Angela Bravo, a talented artist and filmmaker with an international background. Her parents are originally from Chile, but came to Sweden in the seventies as political refugees. Angela was born and raised in Sweden where she studied at the Royal Swedish Academy of Arts in Stockholm. She continued her studies in Berlin at the Udk, and from here on she moved towards film directing and producing. At present she divides her time between Berlin and Stockholm, whilst successfully making films in which she strongly reflects on her personal background and Chilean roots. We’ve talked to Angela about film festivals, combining the tasks of director and producer and more…

My films are very engaged and personal. I’m really into documentary and I love working with real people in real life, but at the same time in a no mans land where nothing is yet defined. I work mostly with non actors whether it is fiction or documentary, because for me the line is very thin between these two opposite forms. There is no real gap between when reality becomes fictive or the fiction real…

The Berlinale is one of my favourite festivals, because it is very cosmopolitan and the festival is well arranged. Besides, I enjoy CPH DOC and Nordic Panorama a lot; always great movies, amazing forums and also good pitching possibilities..

Having your film running at a festival is a good way of giving your film a face and exposure. If you are looking for co-producers or other working partners make sure you always bring lots of business cards and DVD’s to give away.

Why is it good to have a producer?

A producer is one of the closest persons working with you as a director. The producer’s main task is to make everything possible, so that you can make your film. A producer helps you with the budgets, planning, permissions and a lot of boring paperwork. Working with a producer can also amplify your network, and networking is obviously a very important part of our work.  Of course, it is possible to be your own producer, but it is a lot more work and very time-consuming.

You are both director and producer. How do you combine these two functions?

Until now I have been separating these two functions and have been switching between being a director or a producer. Although, I have started a project as a producer/director. It is really working well. I do believe it depends a lot on the project and of course on the individual person. The great advantage when you both produce and direct is that you have more creative freedom, and your film and all the rights belong to you and only you. In the case you have an external producer you lose most of the time the rights. On the other hand it can also be totally the contrary for a project. Sometimes it can be an absolute relief to have a producer that you can rely on. For smaller projects combining the tasks could turn out well, but in the case you are doing a long feature I would suggest you get a producer.

In what way do you think festivals are important for funding opportunities?

I have worked with two different producers on two different movies and then we seek money together. When I produce and direct on my own, I manage all the funding processes by myself. It takes more time to wait for money than to actually make the movie.  Therefore, the film festivals’s markets and pitching forums are absolutely nessesary to get your film funded faster and enables you to actually make the film before you get too bored of  your idea.

Film is all about co-working and helping each other. With the modern internet we have endless possibilities as creators to use it as a source for visability, networking, funding and promotion.

Additionally, set up a password-protected link in vimeo for your film. More and more festivals are willing to watch your film online instead of waiting for a screener. You can also send this link to members of the press to get more coverage.

One thought on “Angela Bravo • INTERVIEWED”